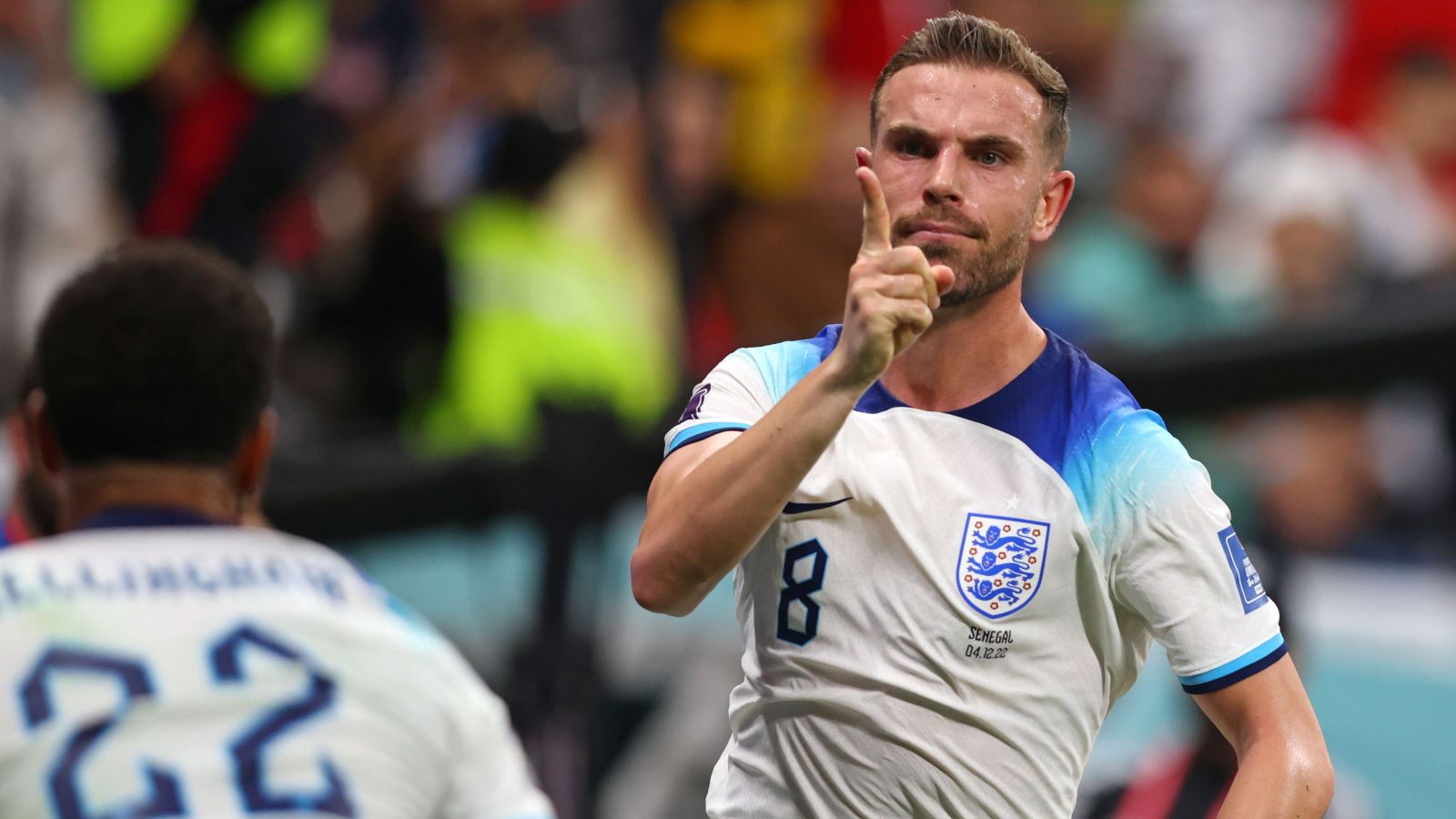 That all went splendidly, didn’t it? After a slightly dodgy opening half-hour, England ultimately eased into a World Cup quarter-final against France which is unlikely to be quite so stress-free.

But let’s not worry about that, yeah? Let’s at least enjoy a *sixth* knockout win at a major tournament for Gareth Southgate after England won precisely zero knockout games between 2006 and 2018.

JORDAN PICKFORD
Huge strong-handed save at 0-0 when things were looking decidedly dicey and fully earned his far quieter second half en route to a third clean sheet in a row. We had a chortle at Southgate being so grumpy about the “2” in a 6-2 win, but Pickford shared that grump and it’s certainly had an effect.

KYLE WALKER
Right back in a four feels like a pretty cushy gig for Walker, who has little of the attacking responsibility bestowed upon Shaw on the other flank, allowing him to just do his job with minimal fuss with his major contractual obligation apparently the occasional burst of pace whenever Maguire or Stones get themselves in one of their occasional predicaments. It’s not a bad life.

LUKE SHAW
Quietly having a very decent tournament, which is a relief all round because England do not have options at left-back. Only Foden made more than Shaw’s two key passes tonight, it says here.

HARRY MAGUIRE
Seemed to spend the entire first half hour giving the ball away, which we’ve given some serious thought and concluded is sub-optimal. Seemed to settle after getting his lovely big head on a cross or two, but those early jitters are not the sort of thing he or England can afford against Kylian Mbappe and his mates. It’s three clean sheets in a row, and in the end Maguire’s performance was basically fine. But we do still worry.

JOHN STONES
Stones wasn’t great in that opening half-hour either. Was he struggling because Maguire was struggling? Was it the other way round? For better or worse, these are two players now seemingly inextricably linked when they play together. He, like Maguire (obviously), was also in the end largely fine before making way for Eric Dier with 15 minutes remaining.

DECLAN RICE
He did a tackle, a clearance and an interception and had a 94.9% pass completion rate. Which in a way is all you need to know about what was an entirely Declan Rice midfield performance from Declan Rice. This, if you hadn’t already guessed, is a compliment. Just to be clear. A big compliment.

JORDAN HENDERSON
He really did take his goal beautifully. The focus was all, inevitably, on Bellingham because that’s how it’s going to be for at least the next 12 years, but the run was expertly timed and the finish composed. And this was not the case for much of England’s play up to that point. It was a pivotal moment in the game, and Henderson was the man to provide it. Also unfussily good in more Jordan Henderson ways for the remainder of the game. We didn’t expect to still enjoy Henderson starting games for England in the year of our Lord 2022, but that midfield three is ticking a lot of boxes right now.

JUDE BELLINGHAM
We’re going to hand over to old man Phil Foden to summarise here: “I don’t want to big him up too much because he’s still young, but mate, he’s one of the most gifted players I’ve ever seen. I don’t see a weakness in his game, I think he’s got everything and I’m sure he’s going to be the best midfielder in the world for sure.” And that’s Foden taking care not to “big him up too much”. Another simply absurd all-round performance from a player Who Is Still Only 19. What’s great about Bellingham – apart from all the other great stuff – is how he’s taken a long-standing strength of England and made it even better. Southgate’s England sides have always been good on the counter, but his running elevates that to another level while also being an absolutely ideal foil for Deep-Lying Harry Kane. The opening goal here was a textbook example of all this and came, strange as it feels in the aftermath glow of such an ultimately thumping win, at a time when England were looking a bit dodge.

PHIL FODEN
When not taking care not to excessively big up the younglings, wily old pro Foden was setting up two goals in a World Cup knockout game in what was surely his best England performance to date.

BUKAYO SAKA
Was very much the odd one out among England’s attackers in the first half, never quite getting on the same wavelength as Foden or Kane while they were vibing with Bellingham. Just always seemed half a second off the pace and didn’t attack a couple of first-half crosses that Marcus Rashford absolutely would have. Then got himself an absolutely lovely goal, his third of the tournament, and once again all must accept that Gareth Southgate knows what he’s doing and had got it right again. It really would be easier for everyone if we all just accepted that England have lots of options in these attacking areas and all of them are pretty good ones who will get their chance at the end of matches if not the start.

HARRY KANE
Lovely pass to Bellingham in the build-up to the opening goal but scoring a goal of his own was clearly a big deal for the 2018 Golden Boot winner. Good to get a chance he could just put his laces through without too much finesse, especially after missing an earlier opportunity. We also quite enjoy the fact that since everyone moaned about Kane’s Golden Boot being all fraudulent for containing five goals against rubbish group-stage teams that his last six tournament goals for England have all come in knockout games. He’s started to treat the group stage the way he used to treat August. Now England’s all-time leading tournament goalscorer and also an elite playmaker to boot. No offence, but Callum Wilson could never.

JACK GREALISH (f0r Foden, 65)
Grealish’s effectiveness as an impact sub, whether relieving pressure on England’s defence or putting it on the opposition’s, is such that there’s almost no Clamour for him to start these days. He’s going to come on in the second half for Foden or Rashford or Saka and that is absolutely fine.

MARCUS RASHFORD (for Saka, 65)
Rashford being SENSATIONALLY DROPPED didn’t seem to do him or the team much harm then. He was predictably lively but coming on just after the third goal meant England were in energy preservation mode and Senegal going purely for damage limitation so there was little chance to add to his three-goal tally.

MASON MOUNT (for Bellingham, 76)
An uneventful 15-minute runaround for Mount as Bellingham was given his own ovation and bonus little rest ahead of the France match, something we’re desperately trying not to think about until tomorrow at least.

ERIC DIER (for Stones, 76)
Had 13 touches apparently. Can’t say we remember any of them. Which we guess is absolutely fine for a centre-back brought off the bench for the last 15 minutes at 3-0 in a game that also ends 3-0.

KALVIN PHILLIPS (for Henderson, 82)
Little time or necessity for Phillips to do much in a brief and uneventful cameo. England knockout games at major tournaments just never used to be like this.