Home Mediawatch Do England get awarded Euro 2020 by default now? 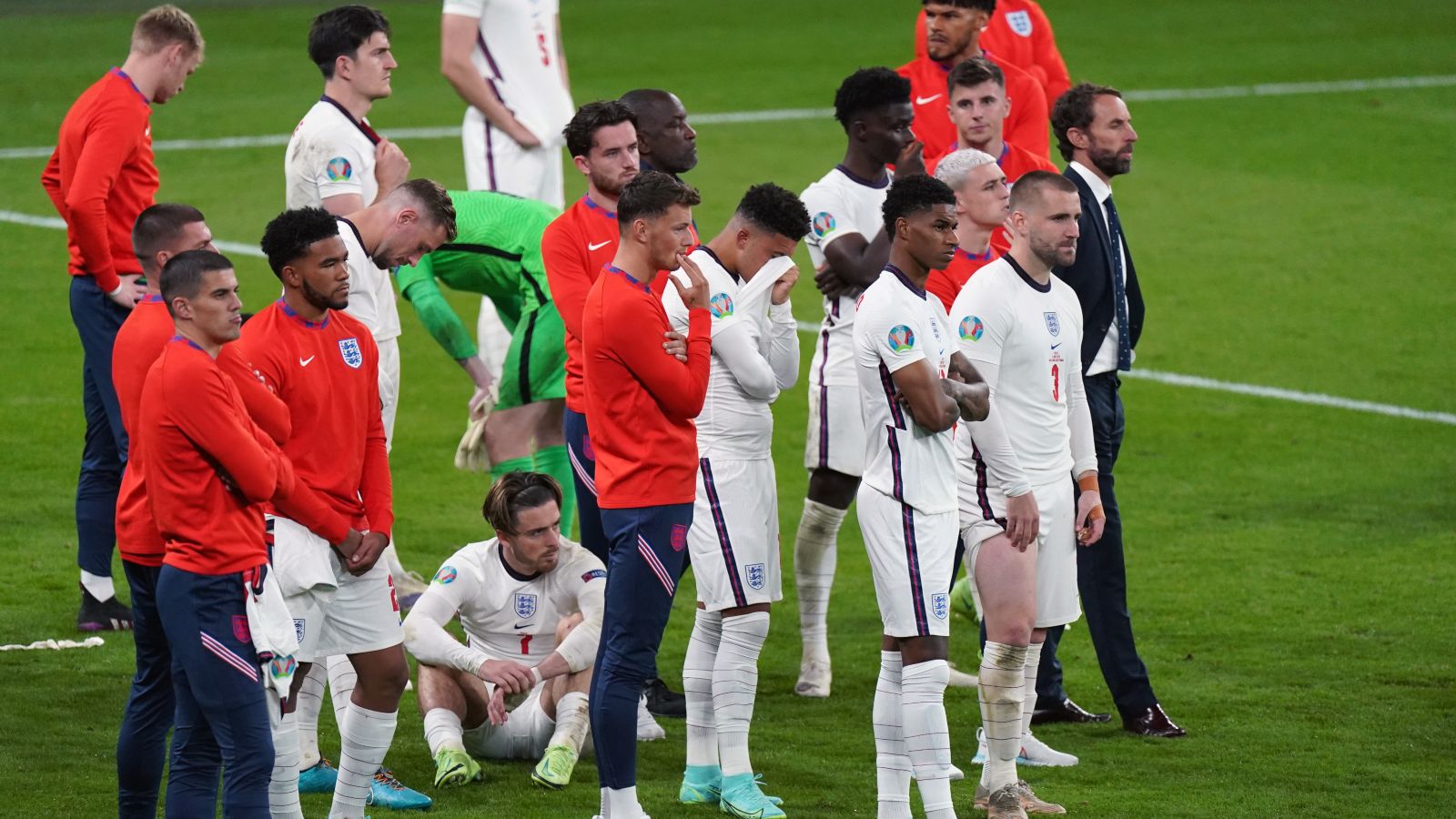 Is anything more Little Englander than this headline on The Sun website after Italy failed to reach the World Cup?

Well, no, they’re not singing anymore, but they are still European champions. They still beat England in the final last year. They have still won four major tournaments since England won one. We will have to check the rules but we don’t think England win anything just because Italy lost.

But Dave Fraser is giddy…

It literally did. And we still suspect that Italian fans would not swap an actual European trophy and World Cup qualifying elimination for a European final defeat and England’s inevitable brave exit at the World Cup quarter-final stage.

‘Jorginho said the defeat would “haunt me forever” and boss Roberto Mancini is now being tipped for the sack.

‘And for England fans, it’s oh so sweet.’

‘The brave Three Lions were beaten on the lottery of penalties at last summer’s Euros final at Wembley by the Italians.

‘We watched as the Azzurri paraded the trophy around the national stadium and mercilessly taunted fans and players.

Yes. Because they won. And they have still won. Again for those in the back: England don’t win anything just because Italy lost.

‘The veteran defender roared in the TV camera and plonked the trophy on his head in celebration – before climbing into bed with it alongside Chiellini.

‘The same Chiellini who brutally yanked teenager Bukayo Saka to the ground when clean through on goal with seconds left of the 90 minutes.

‘Cynical. Disgusting. ‘Professional foul’, they called it. Let’s call a spade a spade, it was cheating.’

And it’s exactly the kind of foul that you would expect your centre-half to make and it’s one that John Terry made dozens of times for England and Chelsea.

‘But on Thursday night, a smug grin crept onto the faces of every England fan in the country.’

Every? Really? There is always a certain schadenfreude when big countries struggle (though that will be regretted when the actual World Cup rolls around and we realise that North Macedonia are there instead of Italy) but no more so for Italy than for Spain, Germany or France.

‘North Macedonia stunned Italy with an extra-time screamer from Aleksandar Trajkovski to book their spot in the play-off final with Portugal.

‘That’s right, they didn’t even make it to the play-off final…’

Oh that’s so, so, so, so funny. Is this conkers and does that now make North Macedonia European champions? Or does the trophy go straight to England?

‘After the game, Chiellini claimed he was ‘distraught’ and dramatically added: “A large void is now within us.”

‘How do you think we all felt last summer?

‘But at least we continue to qualify for the World Cup. Not since 1994 have England missed out on the biggest competition in international football.’

Yes, because that’s the real quiz. When discussing the most successful international sides of all time, we all talk about qualifying for the World Cup and not actually winning it, as Italy have done four times.

Which is a shame because Italy have been at 18 World Cups while England have played in just 15, so it’s almost like they have been more successful than England on every single metric.

‘Meanwhile, Italy have missed out on the last two – with their last World Cup match coming against England in the group stage in 2014.

‘Their last knockout stage match? You have to go way back to the 2006 World Cup final in Germany.’

They won that World Cup final and lifted the actual World Cup. That does seem kind of important if you are going to start crowing about their failure to beat North Macedonia.

‘England fans have been typically merciless after the shock result – sharing some not-so-subtle digs at Italy.

‘Less than a year after the cruel taunts, who can blame ’em?’

We can’t blame them (sorry, ’em) but we can blame you for indulging this nonsense based on a few ‘hilarious’ memes on Twitter.

Do you mean this guy? With four likes and several comments about his horrendous use of the English language? Is he your audience? Wait, he is your audience, isn’t he?

Another cheekily added: “It’s coming Rome though, is it not.”

Yes, that’s this bloke. As you can see, this went so viral that upwards of 27 people witnessed his wit. His reaction to Italy’s defeat is definitely the biggest thing in football right now.

It’s coming Rome though, is it not? pic.twitter.com/qw0CKOmBJ2

‘But for Italy players – and boss Mancini – it’s anything but a laughing matter.

‘After the game, the Italian bizarrely referenced the Euro 2020 win and took a dig at North Macedonia for their smash-and-grab win.’

How bizarre indeed that he mentioned the major tournament that Italy won less than a year ago. And he did not ‘take a dig’ at North Macedonia; he merely said that Italy (who had 32 shots) were ‘unlucky’. They were also shit but that’s a story for another day.

Is there a petition to award England the Euro 2020 trophy? If so, Dave Fraser wants to sign.