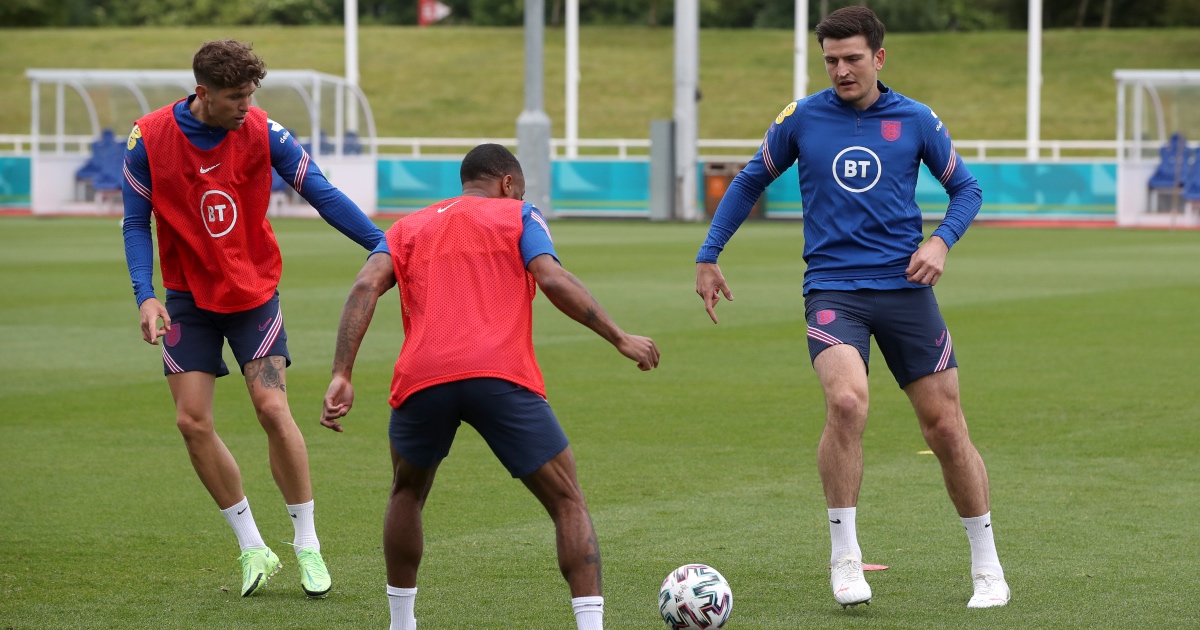 Harry Maguire has retuned to England training ahead of the squad’s first Euro 2020 game on Sunday.

The Three Lions face Croatia at Wembley and Maguire has been a doubt due to a suffering an ankle injury for Manchester United.

Maguire hasn’t played since he picked up the injury against Aston Villa on May 9th and has been absent from England’s training sessions since the start of their preparations for the Euros.

The 28-year-old has been working on his injury with the England medical staff continuing his rehab and completing gym work with the rest of the squad.

Sky Sports report that the Manchester United captain was pictured back in full training with the rest of the 25 players today, but it is unlikely he will be considered for the game this weekend.

The return of the centre-back is an encouraging sign for Southgate’s England as he has become vital to the way the manager sets out his team in recent years.

The England boss spoke about Maguire’s injury in his most recent press conference telling the press it would be a ‘bonus’ to have him fit and available.

He said: “With any injury, it’s impossible to predict 100 per cent.

“Our medical team are pleased with his progress, and particularly over the last couple of days. We know there is always that risk, but all of the guide is that he should be available, and it’s a case of when he can slot back into training with the group and how quickly we can progress him. But of course there is always that risk with any injury that you only have to have one minor setback, and two or three days here and there really affects those timelines.

“So I’m very realistic about that. We’ve picked a squad on the basis that if we didn’t have him, we’ve got the players to come in, and if he’s able to be fit and available, then that’s a bonus for us.”

Both Bukayo Saka and Jordan Henderson are in full training too after Saka missed the last friendly against Romania with an ongoing hip issue and Henderson continues his rehabilitation from surgery in February.

Today was the first time that all 26 players in the England camp have been able to report for training.