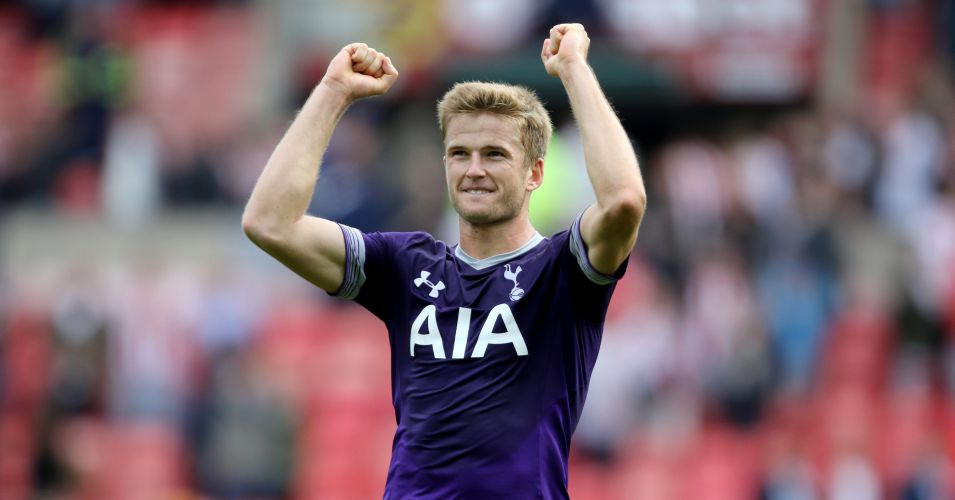 Tottenham’s Eric Dier has been called up to the senior England squad for the first time ahead of the friendlies against Spain and France.

The uncapped 21-year-old has been in impressive form for Spurs this term, playing in all but one of the London club’s Premier League games.

And on Thursday afternoon, Roy Hodgson named him in his squad for the upcoming friendlies.

Dier’s 19-year-old Tottenham team-mate Dele Alli has been retained after playing his first two games for England in last month’s Euro 2016 qualifiers against Estonia and Lithuania.

There is no place in the 23-man squad for Liverpool striker Daniel Sturridge, who continues to be troubled by a knee injury.

Jack Grealish has not been included either as he is still waiting to receive international clearance from FIFA after switching his allegiance from the Republic of Ireland to England.

There are 13 squad regulars out injured, including the likes of Danny Welbeck, Theo Walcott, Jordan Henderson, Luke Shaw and Jack Wilshere.

Manchester City midfielder Fabian Delph has been recalled after he recovered from a hamstring injury.

Premier League top scorer Jamie Vardy is one of three strikers – along with Wayne Rooney and Harry Kane – named in the party.

But it is Dier’s call-up that is the most striking news from Thursday’s squad announcement.

Dier moved to Portugal at the age of seven and started playing for Sporting Lisbon’s youth team after being spotted by scouts.

The 21-year-old remained at the Portuguese club until the summer of 2014 when Spurs signed him for £4million.

Dier has played nine times for the England Under-21s. In November last year he opted out of playing for Gareth Southgate’s team against Portugal and France as he said he wanted to go back to Tottenham to work on his game as a centre-half, rather than play at right-back.

But he has been playing well as a holding midfielder for Tottenham this season and could now feature in the friendly against Spain in Alicante on November 14 or the home game versus France three days later.