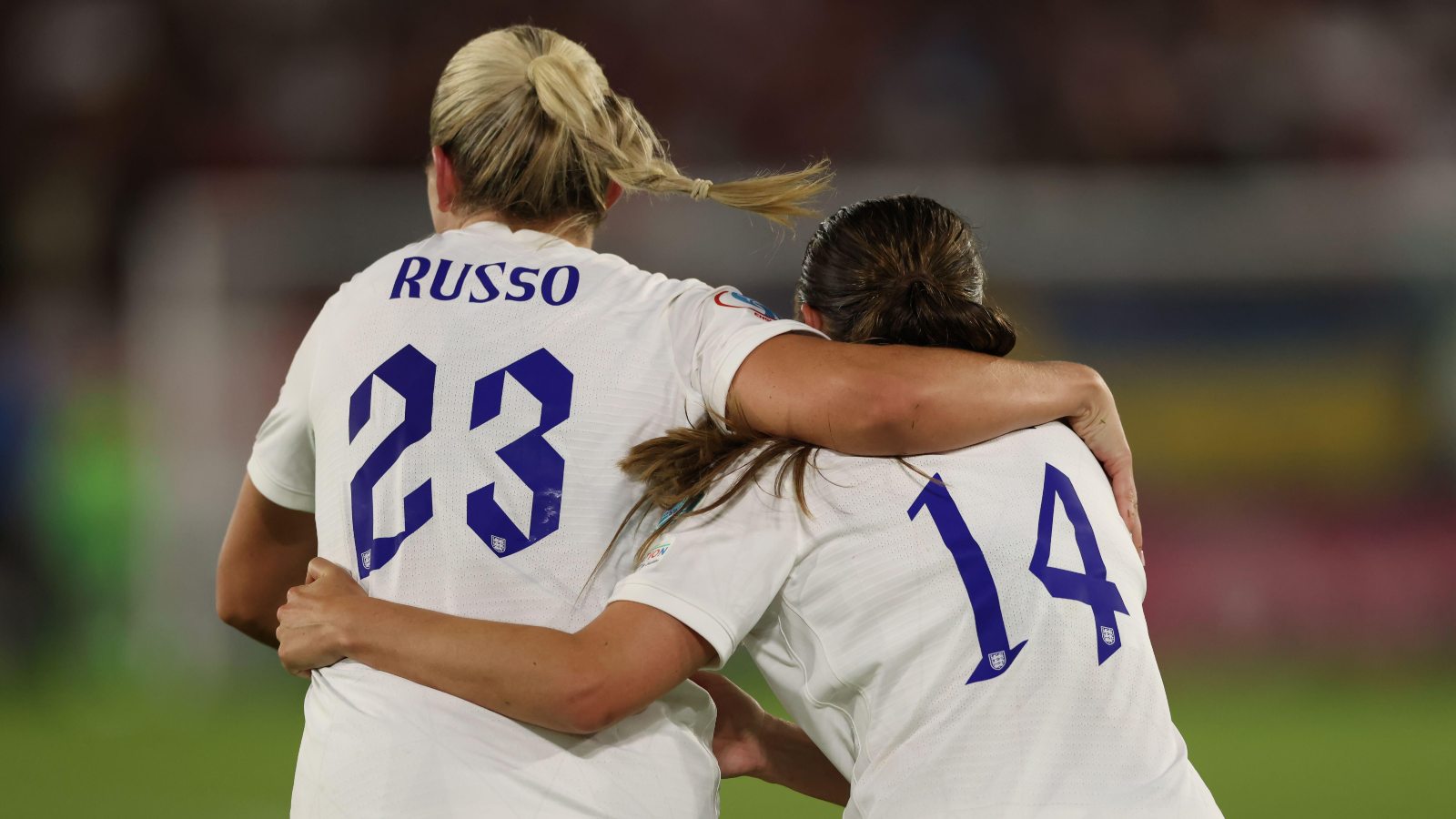 Goals from Beth Mead, Lucy Bronze, Alessia Russo and Fran Kirby sent Wiegman’s side through to Sunday’s Euro 2022 final against either France or Germany.

And beating Sweden, the side who sit second in the rankings behind world champions the United States, sends a message to all the other countries, according to England’s boss.

“We will celebrate now a little bit but as I’ve said before we have come very far now and we don’t want to take it away,” Wiegman told the BBC.

“The first half we struggled but the second half we played so much better.

“This result will go all over Europe and the world. It was such a performance that tomorrow everyone will talk about.

“I think we have shown that we are very resilient. I don’t think we started the game well but still we found a way.”

Mead, who took her tally for the tournament to six goals, told the BBC: “I think at the full-time whistle we didn’t really know what to do. It was an incredible atmosphere and we’re just delighted to be in the final.

“I think (the first goal) came at a good time as there was a lot of pressure on us as they had created a lot of chances and I’m just happy to help the team again.”

When asked about Russo’s goal – to put her joint-second in the Golden Boot race despite not starting a single game in the tournament – Wiegman was full of praise.

“She came on and impacted the game again very well. I think also it was a point in the game where we got more and more control so that helped a little bit too,” the Lionesses’ head coach said.

“She had the cutback and then she hit it first at the goalkeeper, but you must have so much courage to do such an unpredictable and phenomenal thing like that like no one could ever react on it.

“I think it was phenomenal and it was really good to watch and then it was 3-0 so it was like the last final hit that we knew ‘OK now we just need to consolidate and finish and manage this game’.”

Wiegman believes England have created a small slice of history with their achievement in front of 28,624 fans at Bramall Lane.

“You said ‘are you ready to write history’ – I think this is a little history,” she said.

The England manager added: “We said before the tournament and we still say it every time that we want to inspire the nation – I think that’s what we’re doing and we want to make a difference – and we hope that we will get everyone so enthusiastic and proud of us and that even more girls and boys start playing football.”

Sweden head coach Peter Gerhardsson was left downcast by his side’s tournament exit after they dominated in the opening 20 minutes.

“It’s a very skilful opponent that we played. When you play this kind of opponent you have to score from your chances,” he said.

“I think England is a physically really good team. We matched them physically, but then there are different reasons why it went the way it went in the second half.”