Home All The News England call-ups for Cook, Mawson and Burnley duo 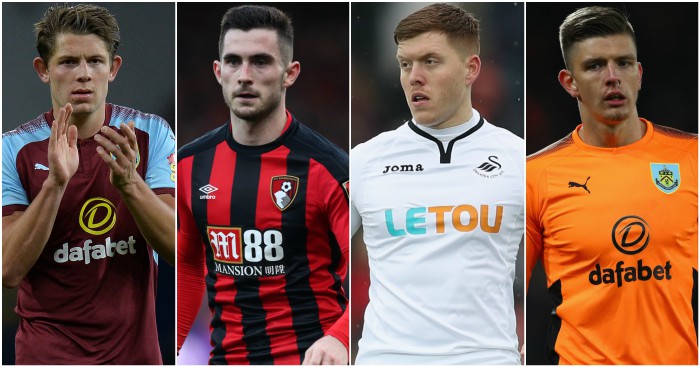 Defenders Chris Smalling, Gary Cahill and Michael Keane have all been left out of the 27-man squad.

Southgate, though, insisted Cahill could still make the final squad for the World Cup.

“I was really pleased with how we defended during the games in November,” he explained. “On top of that I’ve got other players like Tarkowski and Mawson I want to have a look at, not just for now but perhaps beyond that, too.

“We’ve also got Eric Dier, who can play at the back. I don’t want to call up a senior player who isn’t playing for his club. Gary can still make the World Cup if he is playing.”

Joe Hart keeps his place, despite having been dropped to the bench by West Ham prior to last weekend’s 3-0 defeat to Burnley. But the goalkeeper was warned that his No.1 spot is no longer assured.

“Clearly the number one jersey is up for grabs.

“From our point of view, with 74 caps, Joe is an important member of our squad.”

Here's our 2️⃣7️⃣-man squad for the #ThreeLions' games against the Netherlands and Italy.

On Wilshere’s recall, Southgate said: “Jack’s a player that has unquestionable talent. The key for me is that he is playing in the games that matter for Arsenal.

“He’s getting closer to where we want him. His technical ability in the middle of the park will be very useful.

“That’s why Lewis Cook has been called up, too. He’s comfortable picking the ball up anywhere and we want to play through the midfield.”

With Harry Kane injured, Southgate has turned to Danny Welbeck, despite the Arsenal forward’s struggles at club level.

“It’s obvious to everyone that we have a very small number of players available for selection,” the manager said. “And, on top of that, many of the top players are out.

“With not long until the World Cup I now have to look beyond players in form for their clubs. Danny comes in as a replacement for Harry as a player who can run in behind.”