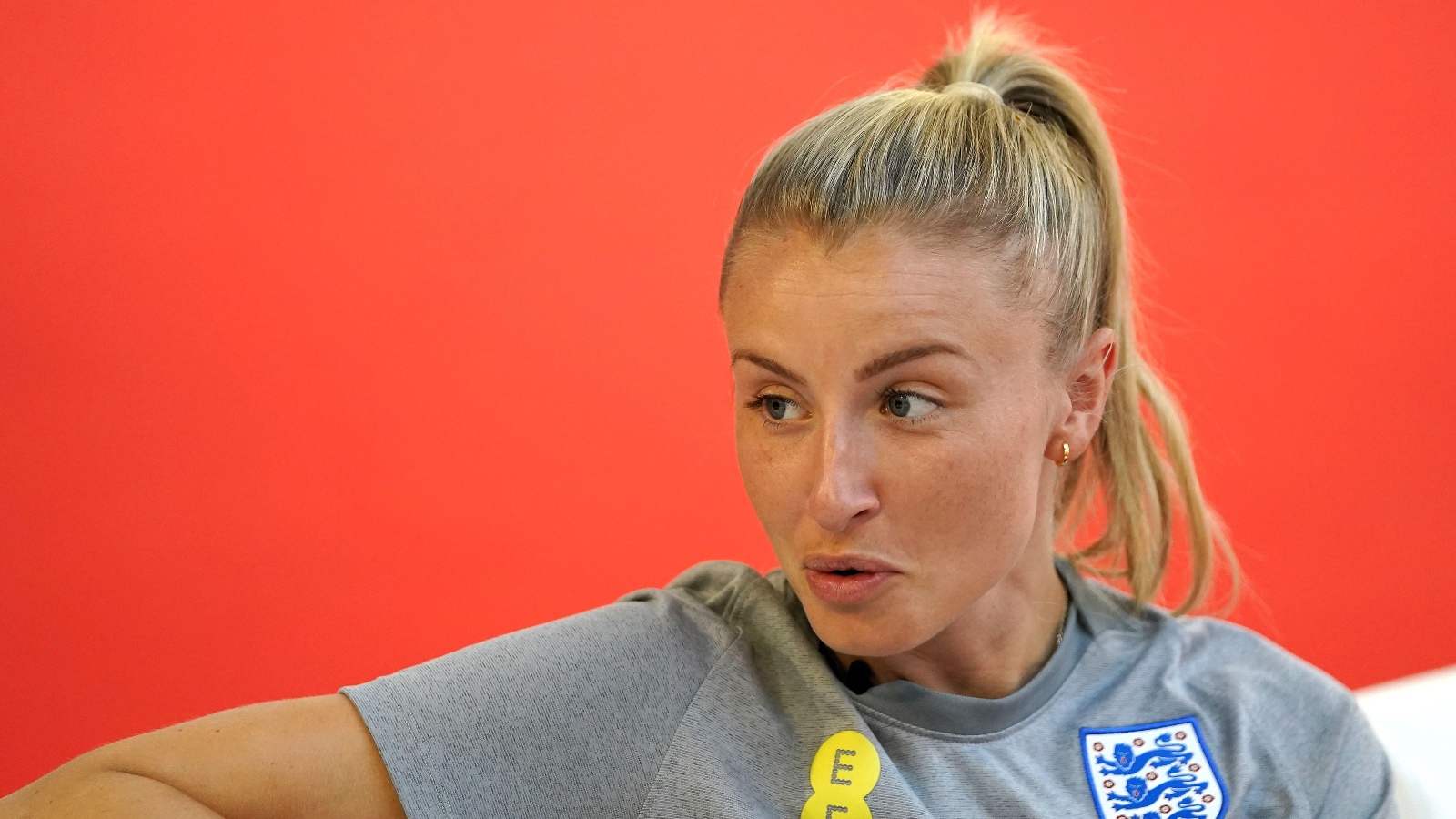 Captain Leah Williamson says England are feeling confident heading into Wednesday’s Euro 2022 quarter-final against Spain as they look to keep up their fine form from the group stage.

The match at the Amex Stadium will see the Lionesses for the first time at the tournament take on a team ranked higher than them, with Spain lying one place higher in seventh.

READ MORE: Tottenham for the title, Leicester will go down: how the first and last teams to make a signing fare

England are returning to the stadium in Brighton after winning 8-0 there against Norway in their second group game, the biggest victory in Euros history. They also beat Austria 1-0 and Northern Ireland 5-0 either side as they qualified for the last eight as Group A winners.

Williamson said of Spain, the Group B runners-up who beat Finland 4-1, lost 2-0 to Germany and then defeated Denmark 1-0, said: “They’re a team we obviously massively respect. The way they play football is good to watch and they’re all a product of that same style, all the players are on the same page.

“They definitely have a lot of threats. But I think we’re a team that, despite our ranking, is in good shape, in good form and hopefully our threats are enough.

“Obviously it’s knockout football, the game changes once you get through the group, the nature of the game is different. There will be one winner and that’s it.

“We know the situation, but we choose to look at it as an opportunity, and we’re confident. We’re in good form, and hopefully we can do what we have been doing in this tournament tomorrow night.”

On returning to the scene of the record-breaking win over Norway, Williamson added: “We’ve been here, we’re familiar with the stadium, and also naturally having good memories, I don’t think it will hurt. Hopefully we can use that to our advantage.”

England have reached the semi-finals at each of their last three major tournaments, and Williamson said: “I think definitely when you’ve done something before it becomes easier the next time helps, so for sure it’s an advantage that we have been in those positions.

“But a knockout game is a knockout game, and a tournament is a new tournament, so you have to be ready for anything, and I don’t think you can bank on that experience – it just is an advantage going into it.”

Williamson was asked if the comments of Northern Ireland boss Kenny Shiels would fire the team up – who, after his side’s defeat to England at St Mary’s on Friday, said it would be a “massive failure” if the hosts did not win the tournament.

The Arsenal defender said: “He’s obviously entitled to his opinion. It’s interesting to hear, but no, I don’t think so.

England boss Sarina Wiegman was absent for Friday’s game after testing positive for coronavirus and said earlier on Tuesday she was “feeling well” and “very hopeful” as she waited to see if she could attend the Spain match.

Williamson said: “Obviously it will be a a massive bonus for us. We’re sturdy enough to survive without her, as we showed the other day, but I think to have her back would be great.”