Home Mediawatch Are England in crisis, chaos, turmoil and disarray? 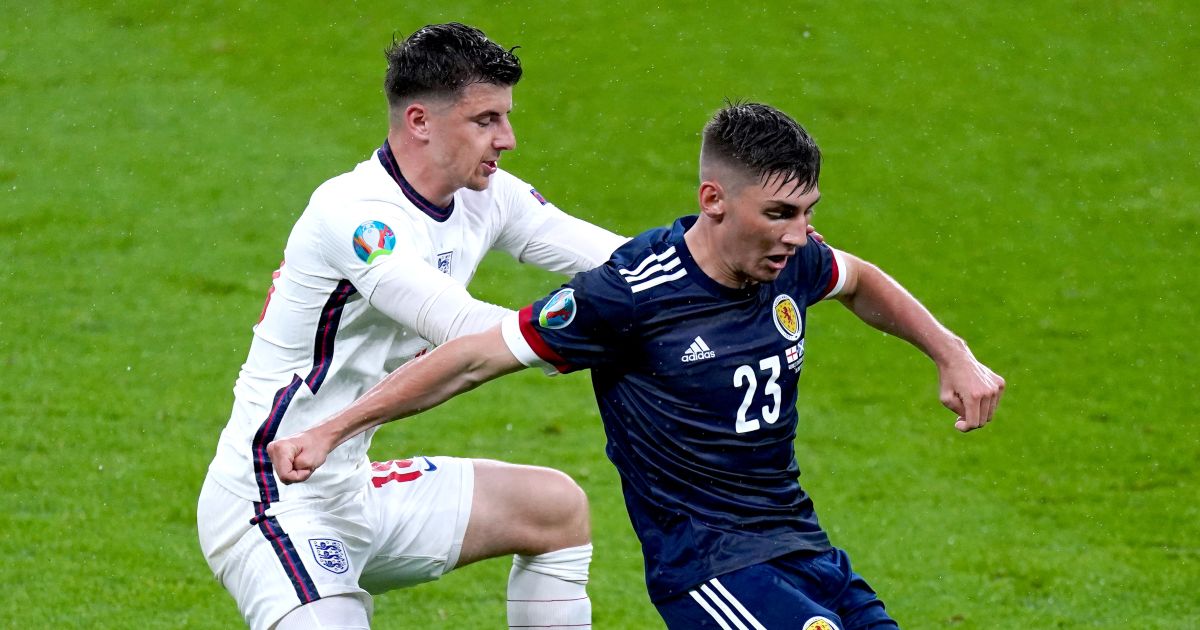 Since when did losing Ben Chilwell and Mason Mount constitute ‘chaos’ and a ‘crisis’ for England?

Now we can add a d) because football has hit the front pages of the tabloids because two England players – one of whom has not played a single minute at this tournament – might miss a game against the Czech Republic that has no bearing on whether England qualify for the knock-out stages because actually, they are in the knock-out stages already.

“It’s not ideal but we’ve always known this could happen. I’m not frustrated. I’m somebody who understands that, when you’re a manager, you can have a training session and lose a player to injury the day before a game and you have to adapt.”

If you look up CHAOS in the dictionary the definition reads ‘complete disorder and confusion’; it does not say ‘it’s not ideal’. Read the bloody room, fellas.

Not a ‘big game’ though really, is it?

The Daily Mirror also opt for ‘EUROS COVID CHAOS’ as we are told that ‘England pair have to self-isolate after tunnel chat with virus Scot’. ‘Virus Scot’? That feels harsh; he’s about seven.

The bombast continues in the opening paragraph as the ‘CHAOS’ becomes a ‘Covid crisis’. A ‘Covid crisis’ is the death of over 128,000 people across the UK; it absolutely is not the loss of Mason Mount and a third-choice left-back for one or possibly two games of a football tournament.

On the inside pages, we are told of ‘Southgate frustration at last-minute turmoil’ and that ‘Gareth Southgate was last night left furious’. Which is odd/utter nonsense because the man himself literally said the words “I’m not frustrated” and “I’m not angry or p***ed off”. This is a confected chaos and confected fury.

Would anybody be writing that England’s preparations had been ‘plunged into chaos’ if two players had picked up hamstring injuries in training? Would they balls. This is a naked attempt to whip up confusion and worry and it is sadly typical of the tabloid press whenever England play in a major tournament. Can we not just, you know, watch the football?

There’s no more perspective on the Daily Mirror sport pages, where we are once again told that ‘Gareth Southgate’s plans are in chaos due to coronavirus’. ‘Chaos’ is ‘complete disorder and confusion’; what has actually happened here is the potential loss of two footballers in a 26-man group, one of whom was yet to play a single minute in the tournament.

Apparently it is ‘yet another big blow for Gareth Southgate, who has seen his plans hit by injuries, withdrawals and players reporting late after Euro finals’. It’s then immediately promoted to a ‘serious blow’ and a ‘farce’.

Yes, this really is a ‘big blow’ (and a ‘serious blow’) after the withdrawal of second-choice goalkeeper Dean Henderson through injury, especially as it came so close on the heels of the loss of fourth-choice right-back Trent Alexander-Arnold. And how will they ever recover from having so many English players in the Champions League and Europa League finals? When will anything EVER go to plan for the beleaguered England boss?

The Daily Mail resist talk of ‘this national crisis on their front page – after all, Rachel Johnson has been writing about Jeremy Clarkson – but it’s there on page 5 and it’s ‘England Covid chaos’ as the headline to the story that England’s preparations have been thrown into ‘turmoil’, which is defined as ‘a state of great disturbance, confusion, or uncertainty’.

This has definitely not been entirely overblown. Oh no.

It’s ‘COVID CHAOS’ on the back page too, and they throw in the word ‘disarray’, which makes a nice change. They also refer to a ‘tunnel rendezvous’ with Billy Gilmour, and we really do strongly suggest that you don’t Google that particular phrase. Or at least not on your work laptop.

Mind you, this losing of all proportion is not just a tabloid thing; the Daily Telegraph tell us that ‘Gareth Southgate’s European Championship plans were thrown into chaos’.

This is the man who said “it was not ideal” to potentially lose two players but, having picked up literally zero new injuries in England’s first two group games, the actual word he used was “disruptive”. Which seems kind of apt. Far more apt than some other words, certainly. Like this from The Athletic:

What we actually want explained is how the potential loss of three players across two teams constitutes a ‘time of intense difficulty or danger’.