Home Home Page England didn’t win the World Cup. They might win these… 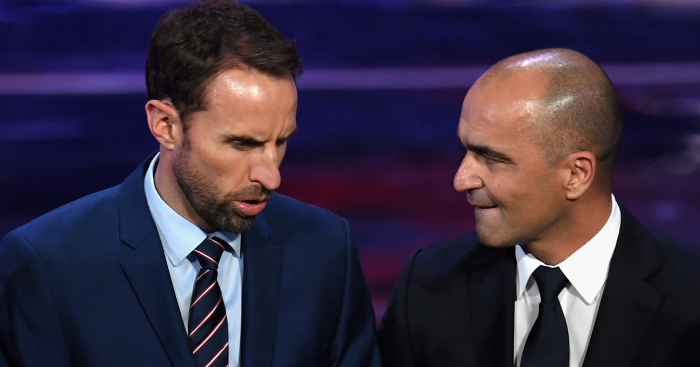 We’ve all had a day to let it sink in now. England are not going to win the 2018 World Cup. I know, gutting. But there has still been so much to enjoy about Gareth Southgate’s lovely squad full of lovely young men who have made people feel a genuine connection and warmth towards the side for the first time in ages.

So the World Cup may have gone. Forget about that. It’s all about the future. What is there coming up that England can win?

England to finish third: 13/10
It’s coming home, it’s coming home, it’s coming, the bronze medal’s coming home. Literally the worst thing FIFA does is force losing semi-finalists England and Belgium to pretend that the World Cup bronze medal is a thing, rather than just letting them go home knackered, proud, but heartbroken. It is a silly game of football that nobody cares about and, incredibly, it will be the second silly game of football that nobody cares about between these two sides at this World Cup. Surely some kind of record. Belgium are clear favourites at 8/13 to win the “bronze” “medal”, and 6/5 to beat England in 90 minutes for the second time in Russia, to the same overwhelming outpouring of meh across the globe.

England to win: 12/1
Nobody really knows what this is all about either, but England do get instant chance for revenge over Croatia having been drawn with them and Spain in Group A4. Should England win that group, they will compete with the three other League A group winners for the coveted UEFA Nations League 2018/19 title. If they finish bottom, they will face the shame of relegation to League B. It was bad enough when England went from World Cup semi-finalists to failing to qualify four years later. Now they have to go straight into a relegation scrap. Whatever the merits of this Nations League idea, relegating four out of 12 teams is surely mental.  It’s all too much to bear, but the Nations League could also feasibly present England with a second chance of qualification for Euro 2020 via a system too complex to even attempt to describe here. Which leads us to…

England to win: 8/1
With all due respect to World Cup bronze medals and UEFA Nations Leagues, it’s fair to say that this is the next event England fans are actually thinking about when they consider the potential shiny-thing-winning capabilities of their exciting young squad. The good news here is that whatever happens football will definitely come home, because the 2020 Euros are going on a European tour that ends with the semi-finals and final at Wembley. Lovely.

England to win: 14/1
We don’t want to piss all over the lovely positivity and hope that still remain around this new England side. But this price is definitely a reality check: England are currently considered only very slightly more likely to win in Qatar than they were to win in Russia before a ball was kicked, and nobody thought they had any chance at all in Russia before a ball was kicked. England were 18/1 seventh favourites before the 2018 World Cup, and are 14/1 seventh favourites for 2022.