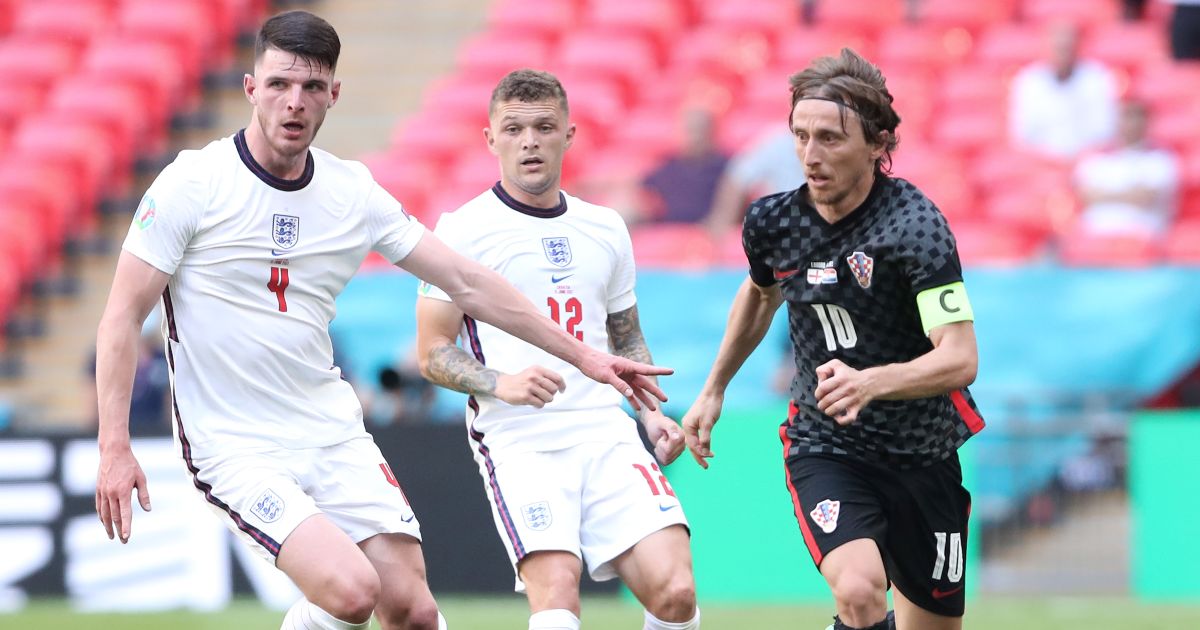 When watching England as an England supporter, innate biases – which are deep and wide in all of us – often stop us seeing the game clearly. Things can all too easily be far too good or much too bad. The truth is usually somewhere between these two poles of emotional extremity.

So I find it helps, when watching an England game, to imagine that it isn’t England playing but Germany, then how would I feel about it? And with my Die Mannschaft glasses on I would have been impressed by the Croatian game. It looked like the sort of match that for pretty much 50 years we’ve wanted England to play at a tournament.

The sort of game that we’d look at and we’d complain that this is how England should play, but can’t: confident, not making errors, not panicking. One or two good moves produces a goal. They keep a good side at arm’s length and do enough to win it.

After all, it doesn’t seem that long ago that all we wanted from the likes of Wayne Rooney was to just control the ball with one touch, as it would bounce off his foot like he’d never played football in his life. We could not even do the basics right. That was then, that’s not now.

Someone has worked out that the average amount of time a player has the ball in the 90 minutes is 58 seconds. So we judge a player’s performance on anything from about 40 to about 90 seconds of possession, which is barely any time at all. Yet we are all so sure, nonetheless.

It’s very easy to invent a narrative to any game in hindsight and squeeze everything to fit into it, so that by the time we get to the next match, that narrative has already been established, often regardless of the facts. Then the next game is compared to that semi-fictitious narrative. This is typical, especially when it’s England, so it’s not surprising the truth remains elusive.

But there is a quiet, unfussy sophistication to how England plays in 2021. It’s not flashy or thrilling all the time, but it works rather well. If you expect them to tear teams apart, they’re rarely going to do that, but they seem confident on the ball in a way that I don’t remember them ever being at any tournament. The bench seems to offer variation and quality. That’s new too.

History plays tricks on your mind. While 1996 was memorable for many reasons, the football England played was alright and that’s about it. And with the exception of the Holland game – a game they still needlessly conceded a goal in – they were not in control of games at any time really, effectively winning just two out of five.

Compare the Euro 96 Swiss game to the Croatia game. Today’s England, at least on the admittedly scant evidence of one tournament game, is very different. We now play like what was commonly known as a ‘continental’ side. This was a vague, imprecise media term that was used for any side that didn’t lump it forward aimlessly, try to out-physical a side and, if leading into the last 10 minutes, would start panicking desperately, throwing themselves like a felled tree into blocking the ball with their heads and putting 11 men behind the ball and hoping for the best.

We can all point to weaknesses and do the usual woulda coulda shoulda team selections but we can do that about any team. It’s a peculiar feeling but I think what is passing through my synapses is a feeling of relaxation about England. The hysteria seems to have gone out of how England play, in the same way it has no purchase with Gareth Southgate. His calm and pleasant nature seems to have infected the side’s emotional DNA.

This is born out of a true and proper perspective of the importance of the game, made all the more clear this weekend when Christian Eriksen collapsed. The culture of do or die, of Stuart Pearce in a tin helmet, of all the 72point headlines designed to provoke people’s emotions into buying or clicking have all been so destructive to our team and collective mentality for so long. An inability to feel that, hey, it’s just football, we’d love to win, we’ll try to win, but it’s just a game, it is not life or death, it’s not really that important, put a ball and chain around so many legs. Those dark days seem to have been dismissed as old history by Southgate’s intelligent, empathetic but firm character.

While the English press won’t like this because their trade is in panic, disgrace and shock, hyperbole, scapegoating and jingoism, and they will do their best to drum any or all of these up, regardless of consequences, all the while shouting loudly about how they’re big England fans, it just doesn’t seem relevant to this team’s tough psychology.

After all, this is a team booed by its own fans before each game, booing that is not condemned and is thus condoned by their shameful government. A government that thinks Southgate is on the wrong side of the culture war they want us to wage with each other.

Whether they’re the best team or not, I don’t know, but what does best mean anyway? It is an elusive concept. Anyone who can tell you what best means tends to have just invented their own subjective definition and matched a team to it.

There are too many variables in football to draw absolute conclusions more than occasionally. When Greece won it, were they the best team? No but yes. So it doesn’t matter if England are the best either. All that matters is doing your best and winning if possible.

Enjoyably, under Gareth, it does not feel like this tournament is the be all and end all. It feels sensible, grown-up and emotionally literate, three qualities that we all need to function well.

As I’ve watched every England game in person or on TV since 1966, with one exception in 2004 when I was stranded on a broken Amtrak train outside of Reno in the Mojave Desert for a day – this is a very odd feeling to have.

It’s often instructive to talk to civilians about football, they see it in a more uncluttered way without the fog of confusion which comes with seeing and knowing too much about absolutely everything to do with football.

I turned to my missus, Dawn, who half-watches England games when I do, but cares not at all about football and thinks it goes on too long, makes clever people stupid and stupid people dangerous, and I asked her what she thought of the Croatia game. Her conclusion? “This doesn’t look like England. They seem more intelligent; nicer than usual.”

She’s right. It doesn’t. And if England can keep not looking like England for the next few games, who knows what lays ahead?