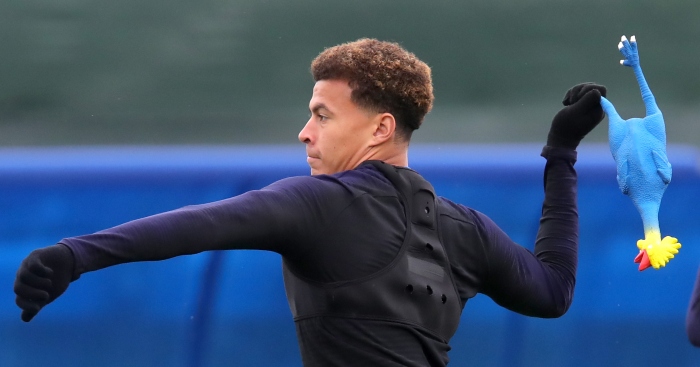 “I don’t think we have succeeded yet,” said Eric Dier, saying exactly what every footballer should say when they have two more games to play in a week. After all, the labels of success or failure can only really be distributed at the end of a campaign; you cannot tell grandma you had a good journey until you are in the door with a cup of tea and arrowroot biscuit in hand.

But in a sensational tournament of new ground and discarded history, England are enjoying another unfamiliar feeling: A desperation for triumph based on over-achievement rather than fear. The truth is that England have already succeeded.

That sensation in the pit of your stomach that’s been there since Saturday is not anxiety but excitement. We are no longer wondering how we f*** this up, but pondering how this could possibly, maybe, it-couldn’t-could-it, end in the ultimate celebration.

This is third-date nerves territory. You feel giddy, light-headed and you are struggling to concentrate. And it feels bloody good. This is how it feels to go deeper into a tournament than you predicted; we have entered ‘anything from here is a bonus’ territory.

Should England lose to Croatia, there should be no recriminations, no rush to identify a scapegoat, no root-and-branch review. Can we all just agree to take half a day to mourn before we get all giddy again about playing in the final week of a tournament for the first time in over 20 years?

Not since 1990 have England been in a situation where people are even talking about victory parades. And yes, it does now seem bizarre that England celebrated a semi-final defeat so uproariously, and Southgate would be right – if reports are indeed true – to decree that nothing less than actual victory deserves a victory parade. There is over-achievement and then there is being Wales.

These glorious, carefree days may not happen again for a very long time. The problem with over-achievement is that under-achievement almost inevitably follows. Bars will be set higher and nothing less than a quarter-final place at Euro 2020 will really suffice. Then the same again at the World Cup in 2022 please. Soon enough, ‘why do England always struggle to win knock-out games?’ becomes ‘why do England always struggle to reach finals?’ because that is the nature of increased expectation.

That sensation in the pit of your stomach that’s been there since Saturday is not anxiety but excitement. Savour it.