Home Johnny Nic England at Euro 2020: What have we learned? 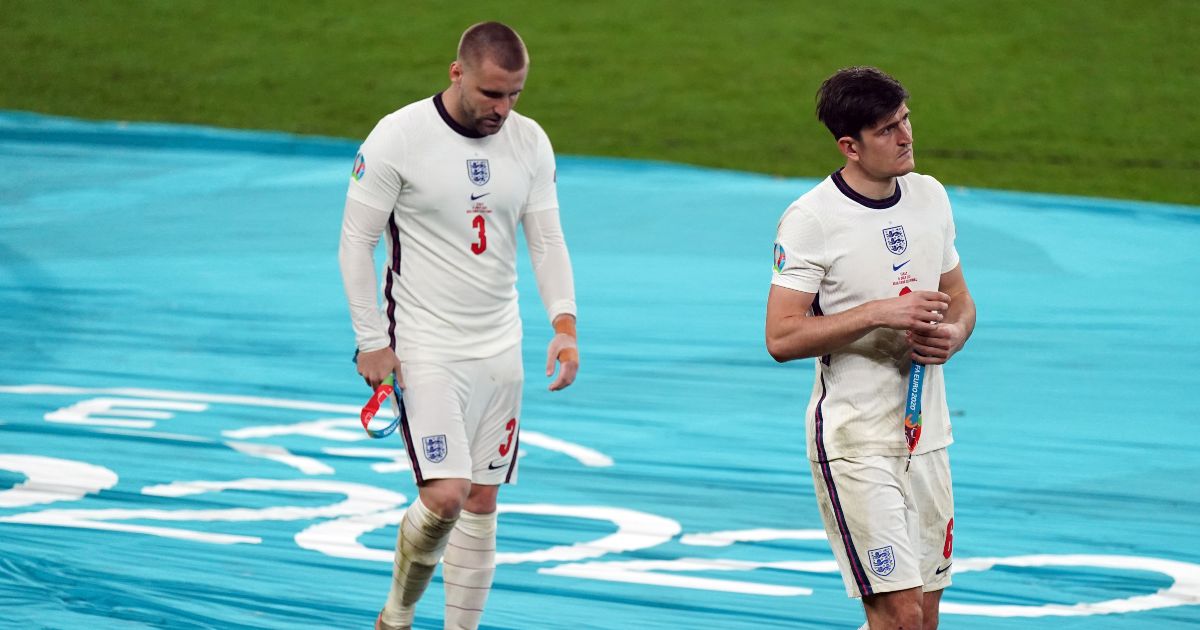 So that’s it. It’s all over. So near but so far for England at Euro 2020. Ah well. Not to worry. And what have we learned? Plenty.

International football is still absolutely brilliant entertainment. It remains the last bastion of democracy in the game, a place where you can’t buy your way to success and there is real jeopardy.

Everyone who said they had given up on England and didn’t care what happened to them was a liar.

All of us who said England would never get to a final were idiots who didn’t fully understand the profundity of Gareth Southgate’s changes.

All of us who offered reasons why England didn’t play well in internationals were made to look foolish.

Playing a tournament spread over a continent and three thousand miles is pointless and insane. It should never happen again.

Playing for England now looks, once again, like the pinnacle of the game it once was, many, many decades ago. A cap is now more desirable than for two generations.

There is a strata of male society that attaches itself to England that is lost to decency. We saw them before the final scaring children, being destructive, selfish, violent. Something is badly wrong with the core cultural DNA of any society which beads, inculcates and enables English men to behave like that. It disgusts the vast majority but it is an ever-present minority. Maybe they exist in every country. But why behave like that? It is incomprehensible. It always has been. And it still is. We need a total change in culture, but then, those who call for that are told they’re virtue-signalling, so what hope do we have?

And yes, let us not forget the booing. Don’t forget those booers still exist. This England is not their England.

The inevitable racist abuse post-game is not unrelated to the last three points. Merely saying those responsible ‘should be ashamed of themselves’ is weak to the point of acquiescence, so much so that you have to question if it is being taken seriously in any way whatsoever.

Where a player’s head is at – and the culture they’re nurtured in – matters hugely, and is reflected in how they play football. Southgate knew that when many others haven’t.

This was the best argument against the flatulent European Super League idea of establishing a new elite competition. Here was the real elite; the real pinnacle. Not club football. A pinnacle that cannot be climbed by using money and better still, available for everyone to see.

The tournament showed again that 5live’s commentators and whole broadcast team on air and behind the scenes remain at the top of the snowiest of broadcasting peaks. Not just informative but consistently entertaining, so entertaining the commentaries bear repeat listens just to hear again the words and tone of all involved. Some of their compilation shows have been tear-jerking.

On TV, Clive Tyldesley‘s commentary was superb. Why? Because it is characterful, well-measured and original. Because it is thoroughly researched, because there is a refreshing lack of cliche, no rush to define a significant moment and an innate instinct to know just what to say and when to say it. That must come from character and experience. He makes the whole thing interesting and colourful, and when in tandem with Ally McCoist, the whole game becomes an absolute joy and one that, almost uniquely, almost everyone enjoys.

Surely, we are due a Clive revival, with Ally, on BT Sport or Sky. Why would any broadcaster not want a piece of what they bring? And not the likes of Amazon, or any of the other tumbleweed strewn hinterlands. The big man needs the biggest job. Give it to him.

Two or three games per day means it is easy to contrast one commentary/co-comm team with another and the differences in quality become more glaring for the contrast. Weaknesses are cruelly exposed. If more were like Emma Hayes in their analysis, the quality would rise exponentially. She was so different in her depth.

Euro 2020 proved there’s a huge audience for live football – over 30 million souls for the final – not being serviced by the paywall. All live football should be free-to-air and the government, if it was truly populist, should make it a listed live sport and buy the rights to all live football from 2024. Frankly, five billion pounds across three years is nothing in terms of government expenditure and would be, at worst, revenue neutral, and almost certainly save money via resultant better health outcomes.

This tournament proved again just how big a community experience football on TV can be, but the togetherness we all feel is normally lost via that divisive paywall. That is a lot to lose.

It feels different to watch a game knowing that many millions of others are doing likewise. It gives the game heft and cultural presence that playing to 300,000 people on BT Sport never, ever will.

And now it’s over, like all the best summer affairs, we go back to our normal life and file the whole experience away and enjoy the memories in private moments. No need for anger, or recrimination, no need for tears, remember only the love shared and look forward to the next time. There is always a next time. This last month has been wholly positive, uplifting, revolutionary even, often in contrast to everything else that swirled around it.