Home Mailbox England at Euro 2020: Quarter-finals is the bar 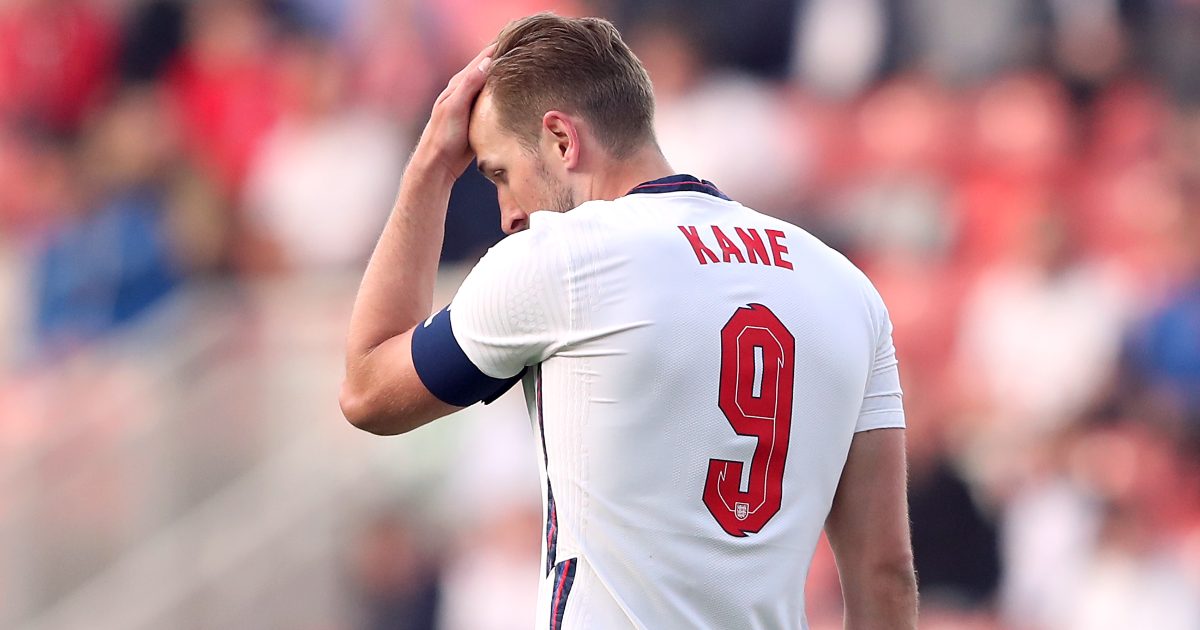 It seems nobody expects England to do anything much at Euro 2020. Quarter-finals will do nicely thank you. Send your thoughts to theeditor@football365.com

Lowering England expectations
I was looking forward to these Euros, to see our younger talents perform at a top stage. However, I’ve finally looked into the permutations, and my hopes have taken a proper battering. Even the easiest route to the trophy, that I can work out, would see us having to beat three top sides. All other permutations see us coming up against one of the better sides as early as the first knock out stage. We may get past one, or maybe even two good sides in knock out matches, but three, or four? I can’t see it happening. I’ll have to lower my expectations to be happy with reaching the quarters. A semi-final exit would be marvellous. Ah well…
Rob, AFC

…Good question from Mike, LFC on what would constitute success for England. Based purely on past experience, I’d say:

– Par = get through the group stage, with at least one unexpected scare. Play well in the knock-outs but go out in heroic fashion, preferably with some perceived refereeing injustice and/or on penalties, to one of the big teams. Think France 98.

– Failure = either fail to get through the group stage or lose miserably to the first big team we face, after playing surprisingly badly. Think Fabio Capello’s England in South Africa 2010.

– Success = Par + we actually beat one or more big teams along the way. Think Euro 96. Or we make it to the semi-finals regardless of how we do so.

If England actually win the thing, then regardless of the fact that with the squad we’ve got that’s logically only slight overachievement, it should be viewed as a minor miracle (“55 years of hurt”, after all)
Tim Colyer, England fan

No optimism here
I am absolutely jacked for the Euros! Slightly aroused in fact that the tournament finally starts tomorrow after a pretty crud year, but I cannot shake this feeling that England are going to stink the place out.

I think our games will be boring (like our manager) and we will not score more than 5 goals (2 pens, 1 free kick and 2 from open play…. one off Harry’s ass).

I genuinely hope I am really wrong here, and the one positive about setting the bar so low, anything else is a bonus I suppose.

Anyway, not much point to this email other than to say I love watching all the games and absolutely pumped for the feast of football we have ahead.

Keep up the good work F365 Team.
Ben (come on Gareth , prove me wrong.. release the beast and evoke the spirit of 96) Howarth

…to some this will be stating the obvious, to others this come as a bit of a newsflash. England aren’t actually very good. And never have been. 2018 World Cup we beat Tunisia, Columbia, Sweden, Panama. Awful. 1996 – we beat Scotland, an awful Holland side and Spain (JUST). 1990 we beat Egypt, Belgium, Cameroon. They’re our best ever tournaments in 50yrs. It’s hardly blowing the world away. We ALWAYS lose to a decent top-six side, without fail. So expect us to get out the group and come up short against a France Portugal or Germany as per. Nothing to do with ability, we don’t have a winning mentality and never have done.

Oh and whilst we’re at it, Gazza wasn’t all that at Euro 1996. Scotland goal apart he was poor and even then he was minutes from being subbed. Guess goals change memories.
Gareth

Southgate can stay as long as he wants
In response to the question where does England finish to get Southgate the sack, the answer is nowhere. Southgate has the England job for life. OK, maybe if he doesn’t play Kane with Sterling at centre back in the qualifiers and fails to qualify whilst wearing a mankini then he’ll be gone. Otherwise he’s exactly what the FA want. He’s clever enough to not actually seek the job. He turned down the FA originally. He appears bland enough to manage the press actually very well. He doesn’t seem to want to pick the team based on a clairvoyant, or drink a pint of wine whilst bragging about bypassing transfer rules or fall for whatever sting operation is going on with whatever fake Sheik. He looks good in an M&S suit.

He’s not good enough to be poached by a premier league team. But he’s good enough to manage the England squad pretty much without the nation losing its collective mind. The biggest drama was which league or champions league winning right back to take and we all pretty much agree with him now in that he’s taking all the fit ones. Now it’s what, what combination of untested clearly quality forwards should play ahead of tested clearly quality but knackered forwards or which uninspiring centre backs should fill in for Maguire? Shrug emoji.

Soft spot for the Euros
As a young Indian man, growing up in the UK in the 80s, football was always a foreign land where my mother didn’t want me going because of the hooliganism and racism (it was the 80s, it was ROUGH! – and I know, I’m sorry for mentioning the R word, but it is just for context, this will be a cheery email I promise).

But then, Euro 96 happened. We were inching towards Cool Britannia etc, but the vibe of the country was so positive. And it was in this environment I managed to go to my first ever game. My next door neighbour’s mum had got us tickets for England vs Netherlands…on the half way line. I was close to a cousin who was an Arsenal fan, and so Dennis Bergkamp was my burgeoning hero, but even I knew I had to support England. 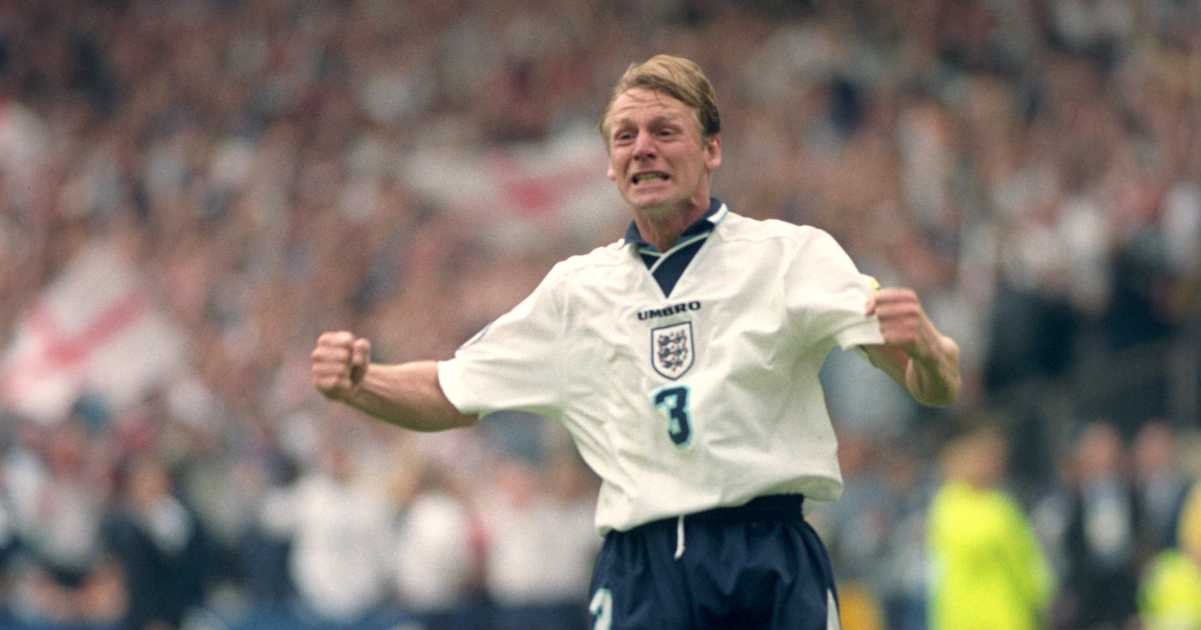 IMO, that game is up with the drubbing we gave Germany with Heskey et al, in greatest England matches. That game turned me from someone who had a vague, clandestine relationship with the game into a full on fan. I think about how exciting that tournament was. Davor Suker, Porborsky, names I’d never heard of.

I think of the kids who have been cooped up for the last year, getting to at least have a summer with a football tournament. A lot of young men and women will be experiencing their first tournament, and I hope it is as good as mine was. I hope Mbappe, Kane and everyone else inspires a new generation to love the game we do.

Do people remember their first football tournament, who or what did you fall in love with?
John (the first tournament I remembered was actually Italia 90, but I never went!) Matrix AFC

Dear TX Bill
I don’t know why you called my writing a “diatribe” (forceful and bitter rant against someone or something). I’m not sure that is a fair depiction.

I don’t know why you think/imply that Colin Kaepernick wearing socks showing police as ‘pigs’ invalidates everything else about Kaepernick and his protest movement.

I don’t know why you mentioned being ‘probably the only white guy you know that played on an all-African soccer team’, or why you phrased it that way, or why you assume that is uncommon?

I don’t know why you supported Donald Trump. I think you are being intellectually disingenuous when you claim to have been called a racist and a homophobe for simply supporting his economic policies. If you ignore all of his many failings because all you care about is his economic policies because the rest of it doesn’t affect you personally, well, that’s another story isn’t it?

But most of all, I don’t know why you deny that America has a problem where the police murder black people in America.

And I don’t know how you could possibly claim that America is not a racist country on the basis of anecdotal success stories.

Intolerant, divisive and vengeful
Reading the letters page over the last two days has demonstrated how those who profess tolerance become the intolerant. Agreed many will say they are proud to be intolerant of the intolerant, but like many things in life, discussion doesn’t just have a black or white side (can hear Michael Jackson as I type that phrase).

I follow John Barnes on Twitter and he lives and breathes the fight for racial equality, however he at times disagrees with the main narrative. His thoughts were that the gesture raises awareness in a negative way and a new one should be found. For simply expressing that opinion he was racially abused by those who profess to be anti racist. It shows how fucked up society is.

Discussing it with a few mates the other night, someone asked if this really was about racists and their hatred for People of Colour why does no single player of colour get booed throughout the game. Then the cycle of discussion started again!

Worst/best free-kick ever
Mikey, CFC, allow me to present to you the worst free kick of all time, courtesy of my team Cheltenham Town. The embarrassment was slightly eased by the fact that we promoted as champions that year 🙂