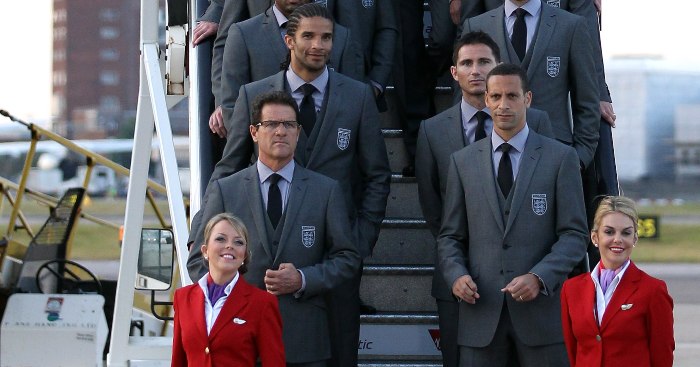 Fabio Capello has bemoaned his ‘bad luck with goalkeepers’ during his time as England manager.

The Italian managed the Three Lions during their miserable World Cup campaign in 2010, when they were sent home after a 4-1 defeat to Germany in the knockout stages.

Capello still rues the officials’ failure to spot that Frank Lampard’s shot had crossed the line against the Germans, but the ex-England boss also feels he was dealt a poor hand when it came to his goalkeepers.

In a fascinating interview with Sid Lowe in The Guardian, Capello reflected on the differences between Gareth Southgate’s squad and the players he had to choose from.

He said: “You also need confidence and England have that now. Now they have a goalkeeper …”

“I didn’t. I’ve always had bad luck with goalkeepers internationally. The goalkeeper is very, very important, as much as a striker. Anyone who wants to win a title has to have a goalkeeper.”

Capello began the tournament with Rob Green in goal but the former Norwich stopper was dropped after letting Clint Dempsey’s shot squirm through his grasp in the opening group match against USA.

With Green out, Capello says he asked his players who they would prefer to play in front of – Joe Hart or David ‘Calamity’ James?

“You can’t say anything. Everyone makes mistakes. He [Green] made one, so I changed. I put in Calamity James.”

“I had Green and I had Hart, just a kid. I asked the players. Hart or Calamity? ‘Calamity.’

“I put Calamity in because of the players’ trust. John Terry and the defenders had more faith in James. Hart had played only once.”