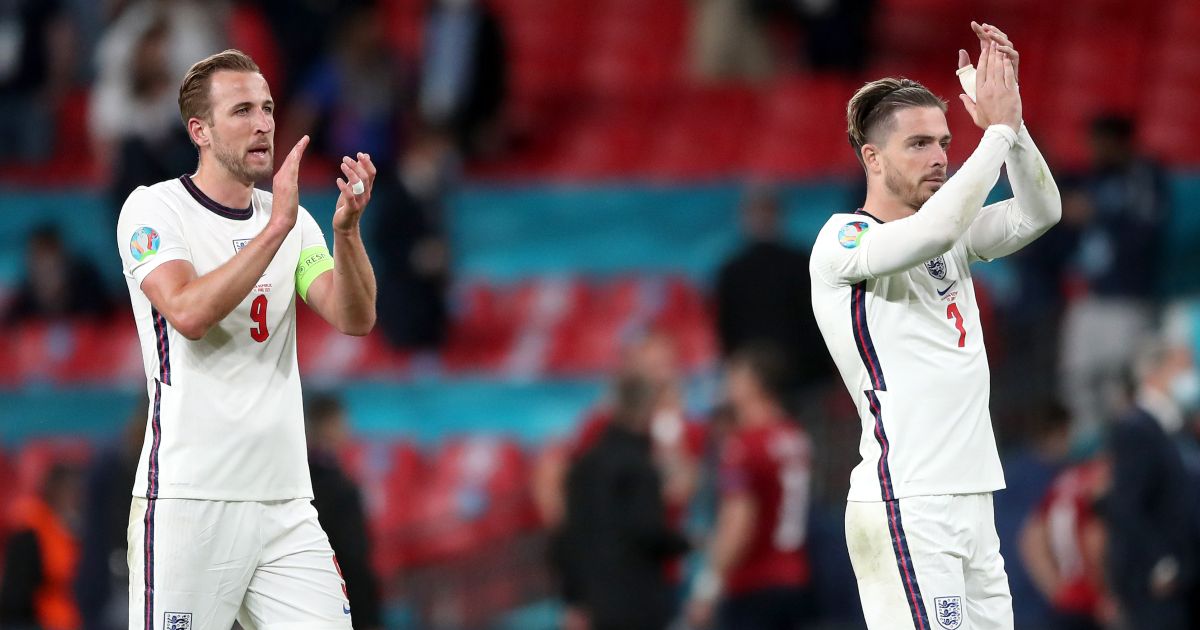 England won and got through the Euro 2020 group stages without conceding a goal but still, people are not happy. Mail us at theeditor@football365.com

Imagine this England under Bielsa
Just imagine if Gareth Southgate were Marcelo Bielsa. England would now be everybody’s favourite second team. England would have qualified from this group, having scored 9 and conceded 3. The English fans would now be excitedly looking forward to the next game, knowing that whatever happens, their team will do whatever it can to win the game, not to not lose the game.

You would have Phillips as the holding midfielder, with five of Sancho, Bellingham, Grealish, Sterling, Kane, Rashford, Foden, Saka and Mount running riot, driving their opponents to despair. Unfortunately, Southgate is Gareth ‘safety first’ Southgate and we just have to hope that scoring one will be enough. It could have been a glorious summer.
Guy Thomas, Breda

– our defence and keeper is our weakest link, but we went through the group stage without conceding.
– our attack has lots of options but we only scored two goals in three games.
– for all those options that means we leave out exciting options on the bench, but we’ve had some great performances from Southgate-backed starters like Phillips and Sterling
– we’ve topped a group unbeaten, but the points we dropped were to a rotten Scotland side who didn’t threaten the Czechs or Croatia

So it’s a bit harsh to moan given the situation on paper, but for us who’ve watched the games we can’t be thrilled. Personally, as a comparison I’d much rather have delivered with the swagger of Italy (wouldn’t we all), but equally they haven’t really been tested and could go home when they play a decent side. It’s only them and Belgium who’ve looked impeccable so far.

I have massive reservations about Southgate but that isn’t going to change this tournament.

Let’s see who we get out of Group F and then have an intense, stressful build up to the game and provide some excitement we’ve been missing from Tuesdays.
Matt, EFC, Belgrade

Respectable not enough
It was a perfectly respectable performance, with touches of flair in the first half. The problem is that they will have to lift so substantially in the next round against one of the teams full of flair. Respectability won’t be enough. On the plus side was the defence, Saka and Grealish. On the minus, the reluctance of the midfield to play really swiftly and with penetration.

But let’s hope that Southgate is right when he says they’re getting better.

Onwards to the round of 16.
Jason Steger, Elwood, Australia

England thoughts
Harry Maguire is a troublesome man, I now see why Guardiola wanted him that much, for a team that controls a lot of the ball and faces a lot of deep blocks, the man is Gold, Silver and anything precious you can imagine.

Bukayo Saka is probably the most underrated teenage English talent, very fast and tricky, completed double the number of dribbles the remaining 21 players did at one point, and that is something when Grealish is on the field, probably more suited to this team than the very beloved Foden.

Harry Kane: Please man, you have got to score a goal, if nothing comes your way, do something only world class players can, we don’t care, but to silence everyone, do something, please.

Luka Modric: there is someone who is silently having a good tournament, that is a complete performance, tell kane everyone, this is a captain.

Jadon Sancho: It’s obvious what message Southgate is sending to this friend. You can hear it, you have got to play in the premier league.
Sa’ad

Format chat
Thought England were pretty good overall. Will leave to others to complain.

Alan, Portishead (they were a great band by the way) suggestion of a different format was the same used in the 1982 World Cup, when it went to 24 teams for the first time.

England played West Germany and Spain in the second stage, Needing to beat Spain by two goals, Kevin Keegan missed a header when it looked like it would have been easier to score. Finished 0-0, we went home.

At the time I thought the format a bit dodgy, but compared to the current little/no jeopardy group system it was probably better.

Probably because I was only 15 at the time, but 82 is still the benchmark for entertaining World Cups in my view.
Ged Biglin

How brave were Scotland?
So Scotland are out. Didn’t see the game, any idea how brave they were? I’ve not seen any ‘brave Scotland’ headlines or takes so I just can’t be sure.
Stu, Twickenham

Talking swap deals
Now as a Chelsea supporter, perhaps my view on Harry Kane to Manchester City may have some bias tones, but being genuinely honest here, the proposal of £100m + Raheem Sterling/Laporte/Jesus, likely at least two of those three are in the offer we are led to believe, but how often do these deals happen?

Genuinely, when do these deals go through where multiple players are swapped for another, on paper it is amazing but you have all the contracts to agree, if the players included even want to move, it is easy to do on FIFA or Football Manager, but in reality it does not happen often, a google search brought up:

However, in Italy it is quite common to see swap deals go ahead, quite normal really, but in the UK not often, even more rarely involving multiple players.

On that note, what kind of swap deals would you like to see happen this Summer transfer window?
Mikey, CFC (I would swap Ross Barkley and Danny Drinkwater for anyone at this point)