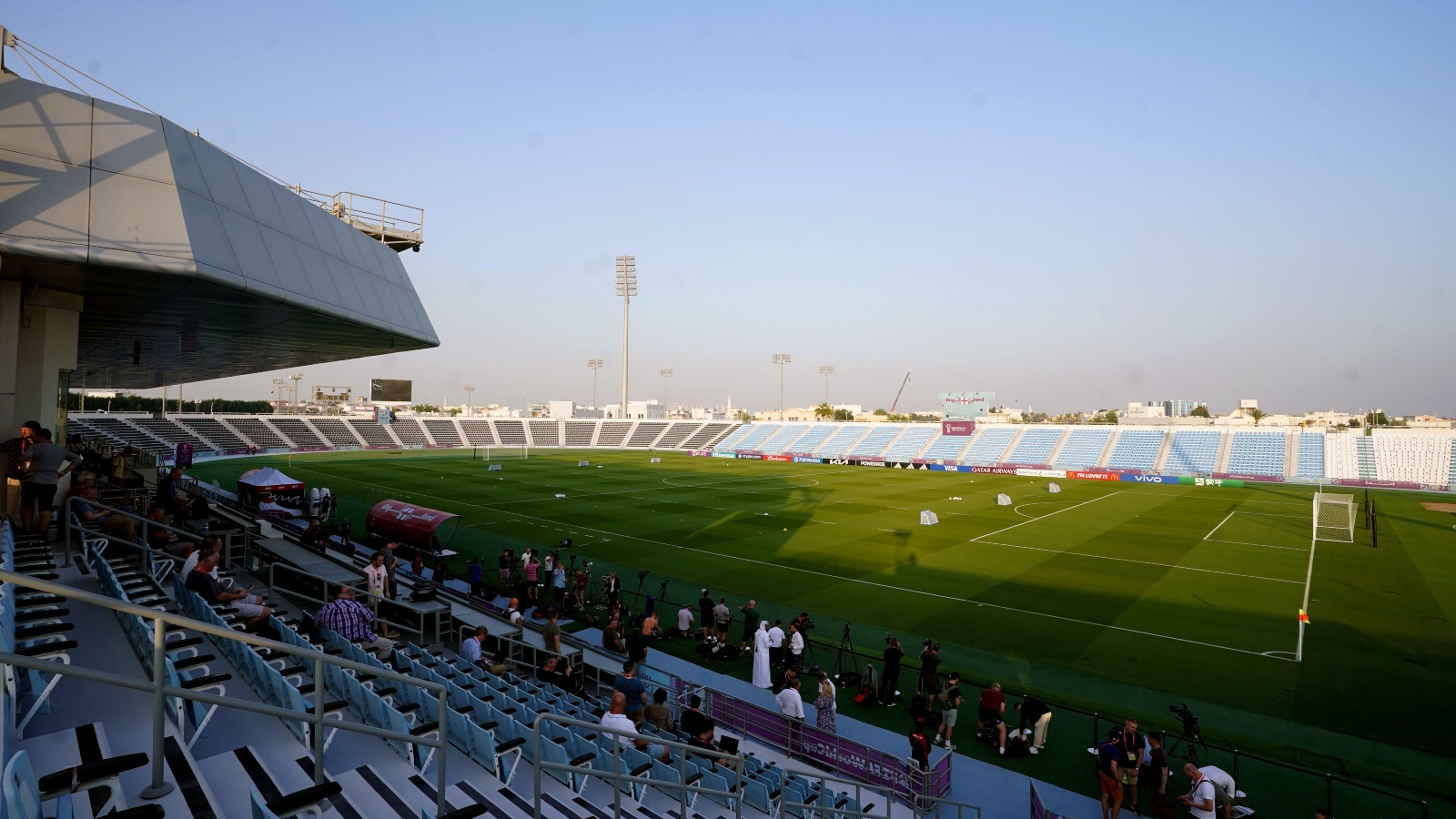 All 26 players in Gareth Southgate’s England squad have trained in Qatar for the first time since landing in Doha.

The England squad are trying their best to climatise to the conditions in Al Wakrah by training in 33-degree heat.

They kick off their World Cup campaign against Iran on Monday before facing the United States and Wales.

There have been some concerns over the sharpness of Kalvin Phillips ahead of the tournament, with the Manchester City midfielder returning from a lengthy shoulder injury last week.

The 26-year-old had struggled for game time before opting to undergo surgery in September.

The £45million summer signing had no choice but to have surgery, City manager Pep Guardiola said at the time.

It appears to have been the correct thing to do as Phillips returned just in time for the World Cup and got 40 important minutes under his belt against Chelsea in the Carabao Cup last Wednesday.

After playing a crucial role in the Three Lions’ journey to the final of the European Championships last term, it is unclear whether or not Southgate will opt to name Phillips in his starting XI for the opener against Iran.

He will be happy to have the option to do so, however, with Phillips taking part in training on Wednesday.

Walker went under the knife after suffering an injury against Manchester United on October 2.

Unlike Phillips, the experienced right-back has not returned to the pitch ahead of the World Cup.

He was, however, deemed fit enough to travel to Qatar, despite Southgate’s decision not to take Chelsea’s Reece James.

Walker has been a mainstay in the England team under the former Three Lions defender, but given his injury troubles and Kieran Trippier’s form this season, he may struggle to break into Southgate’s preferred starting XI.

Trippier can play left-back, so Walker could see himself start in a back-four in that case, or he might play as a right-centre-half if Southgate goes for his five-at-the-back system.

READ LATER: Mailbox – Sod Ronaldo, let’s start talking about the World Cup and who will play for England

Walker taking part in training is a huge boost and it looks like Southgate’s decision to bring him to Qatar is fully justified.

James Maddison was perhaps a surprise inclusion in the 26-man squad despite his excellent start to the season.

The 25-year-old has been Leicester City’s best player in 2022-23 by a country mile and fully deserved his place on the plane to the Middle East – but had been previously unfavoured by Southgate.

Many were expecting Southgate to snub Maddison for the World Cup, but were pleased to see him make the cut.

Maddison received a scare over the weekend when he limped off against West Ham United in the Premier League.

It appears that he was substituted as a precaution, with Foxes boss Brendan Rodgers selflessly taking his star player off.

He received some good karma as his side won 2-0 at the London Stadium.

Maddison was on target against the Hammers and goes into the tournament in the form of his life.

It looks like he will be in contention to play on Monday as he was involved in the training session on Wednesday.

Qatar is hotter than first anticipated at this moment in time and may take some getting used to, but the England players don’t have too long to do so before the Iran clash.