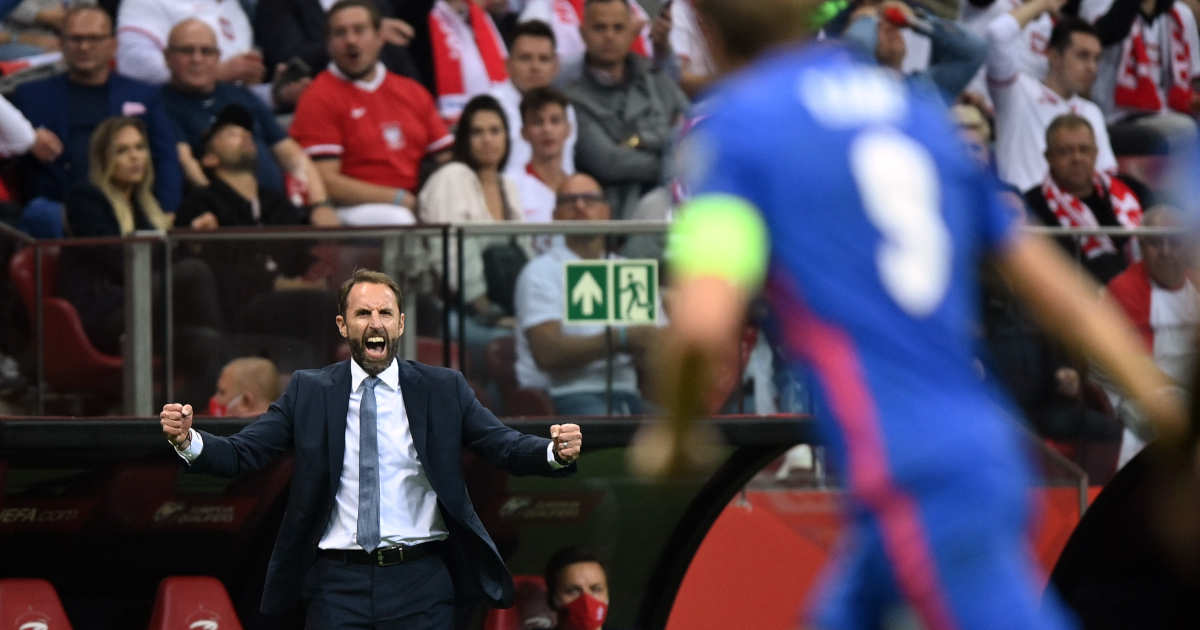 It’s the morning after an England international, so for the first time this week the newspapers have been forced to tone down their Cristiano Ronaldo rhetoric. Don’t worry, CR7 fans. Mediawatch is certain that we haven’t heard the last of him yet. But on Thursday, it’s all about Harry Kane.

Wednesday night’s 1-1 draw in Warsaw has left the papers in something of a quandary. In their bipolar world, everything has to be a ‘triumph’ or a ‘tragedy’. A ‘decent performance undermined by conceding a stoppage-time equaliser’ doesn’t quite fit with this worldview, so they have to find another angle to rile up the blood.

There’s disappointment, and then there’s disappointment
‘Finally, England succumbed to deep into injury time,’ writes John Cross in the Daily Mirror, before going on to add that ‘in any other circumstances, this would have been a good result, but after five straight wins and going ahead late on, England now expect to win every game’. We can all agree that it’s a good thing that the England now have an increased level of ambition and their record in qualifying is one of the very best on the entire continent, but adding that ‘Gareth Southgate will view not coming away from Warsaw with all three points as a disappointment, their 100 per-cent record now gone’ seems a little…unnecessary.

Only Denmark, who’ve won all six of their matches so far and haven’t yet conceded a goal in qualifying, have more points than England, who are tied behind them with Belgium. Behemoths France, Italy, Spain and Germany all have fewer points than England. Gareth Southgate may well be disappointed at not maintaining their 100% record, but with England four points clear of second-placed Albania with four matches yet to play, we somehow doubt that his ‘disappointment’ will last very long.

The Lewandowski code
Cross’s main focus is England’s Brave Harry Kane, though, and he has a somewhat arbitrary challenge for the Spurs striker:

‘Kane scored a wonderful goal from 25 yards and perhaps made a big statement in his intent to overtake Lewandowski in the list of Europe’s great strikers.’

Cross isn’t done with the record-breaking challenges for Harry Kane yet, either. A little later in the same report, he describes Kane as ‘the go-to striker whose hunger will make him his country’s most prolific goalscorer of all time because he is only 12 behind Wayne Rooney now and, at 28, has years ahead of him’. Harry Kane is mentioned six times in this article, while every other player in the team is only mentioned nine times in total. In fact, Wayne Rooney is mentioned more times in the report than Declan Rice, even though Rice’s match rating of 8/10 – admittedly written by David Maddock rather than Cross – was the same as Kane’s.

When is a draw not a draw?
The feeling of cognitive dissonance is strong in Thursday’s newspapers.

‘This felt like a defeat. Damian Szymanski’s stoppage-time equaliser for Poland was a dagger to the heart of England,’ starts Sami Mokbel’s match report in the Daily Mail, adding that, ‘Gareth Southgate’s team were left heartbroken at the death’. It takes four paragraphs for Sami to remind us that ‘in the grand scheme of things, a point here – in what should be their toughest qualifying game – is not a disaster’.

Well, leaving aside the possibility that Albania, who are second in the group, might have something to say about Poland being England’s ‘toughest game’, this is a peculiar way to start a match report and Gareth Southgate might even take heart from the fact that expectations have been raised to such a level that dropping a couple of points but remaining four points clear at the top of their group could be a ‘dagger to the heart’ (even though it’s definitely not a ‘dagger to the heart’). At least, he might until he remembers the extent to which the press will likely turn on him should England ever have the temerity to lose a qualifying match again.

Despite the fact that he knows that this wasn’t a disastrous result for England, Sami doesn’t appear able to help himself. ‘But you never had the sense that England were in danger of losing control,’ he writes, before going on to say, ‘But somehow England lost their way.’ Now, it’s not Mediawatch’s place to tell others how to do their jobs (irony klaxon goes off), but…’somehow’? Shouldn’t it be your job to explain how they ‘lost their way’?

‘And then up popped Szymanski at the death, majestically set up by Lewandowski, to leave England on the floor.’

‘On the floor.’ Just make up your mind, mate.

A team of goalkeepers
It’s become a common trope that England are a team of right-backs (even though, as per Mediawatches in passim, Gareth Southgate has spoken on this subject), but are Arsenal becoming a team of goalkeepers? All of the newspapers report on the goalless draw between Arsenal and Estonia, and all of them lead with the performance of the Estonian goalkeeper Karl Hein, who is on the Gunners’ books. Perhaps it’s a sign of the uncoordinated way in which Arsenal are run that they went out and spent £25m on Aaron Ramsdale at the end of the transfer window when they already had Hein on the periphery of their squad.

Unfortunately for Arsenal supporters, though, Hein isn’t even Arsenal’s third-choice goalkeeper this season. That position belongs to Arthur Okonkwo, with Ramsdale and Bernd Leno in first and second place. Still, with a combination of Arsenal and Gareth Bale, at least this story will hit its algorithmic goals.

In the Daily Express, Wales are as much of a one-man Gareth Bale team as England are a one-man Harry Kane team in the Mirror. Bale is mentioned four times in the first five paragraphs of James Nursey’s report on the match. In the same five paragraphs, no other Wales players warrant a single mention. The same goes for the Mirror too, but that’s only because the report on the Wales game is practically identical to that in the Daily Express.

I say, I say, I say
In The Sun, meanwhile, Martin Lipton is at ‘the heart of sport’ (well, football, since none of the six bite-sized chunks he provides are about any other sport), where he provides the weakest joke of the day:

‘After a £150m summer spending spree, some fans are asking whether that was supposed to be technical director Edu’s job?’

We’ll leave aside the weirdly placed question mark – try reading it out loud, I dare you – and the nagging suspicion that this might not be a joke, and that Lipton might have just read the words ‘Sokin Arsenal transfer partner’ and assumed that Arsenal had taken on a mysterious transfer guru that none of us had ever heard of before.

Someone get Martin a red nose.

Easy come, easy go
Oh, so you thought that we might be able to get through an entire Mediawatch without mentioning The Madeiran One, did you? Think again.

You may recall that in Wednesday’s Mediawatch we featured the sensational scoop that Cristiano Ronaldo turned up for Manchester United training in a very fancy car, and that MailOnline and The Sun couldn’t agree on how much the cost of said car, with the Mail stating that it was £170,000 compared to the  The Sun’s valuation of £160,000.

Well, for those of you that were wondering how this story ended up, The Sun helpfully confirmed today that ‘RON’S ALL REVVED UP’.

‘He was chased out of Carrington in his £170k Lamborghini Urus after his first full United training session.’