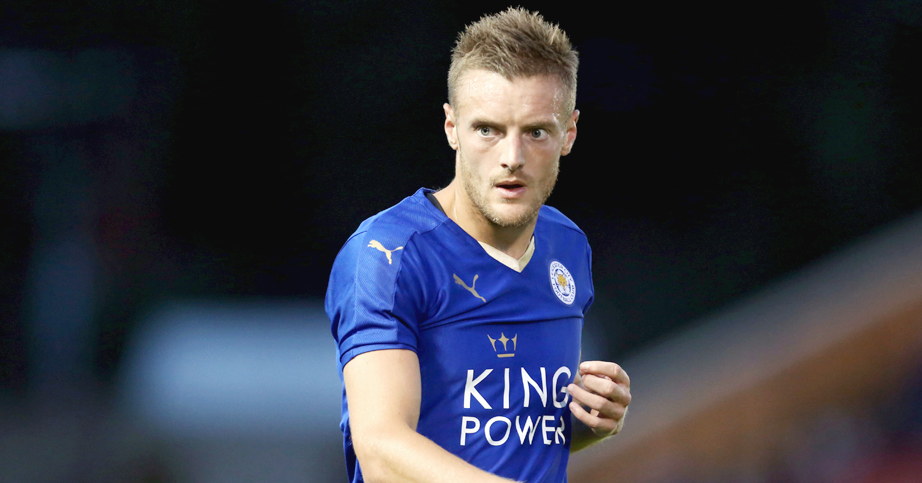 Jamie Vardy admits he has had to move his wedding date in case he retains his place in Roy Hodgson’s squad for the European Championships.

The Leicester striker is currently with the Three Lions for the friendlies against Spain and France having made his international debut during the summer friendly against Republic of Ireland.

Vardy has since made a blistering start to the season having scored in nine consecutive matches, with Ruud van Nistelrooy’s record of ten well within in his sights.

Such form has led to a clammour for Hodgson to give the former non-league player a chance in the striker’s role, while Vardy admits he has taken measures to avoid being caught out by a Euro 2016 call-up.

“I was due to get married bang on the start of the Euros,” Vardy told the Daily Mail.

“The missus was on to me to move it. I thought it was fine. Then we moved it just to be on the safe side after I had my first call-up.

“It was on a weekend, it’s now a midweek, which is not ideal for guests, but is just one of those things. May 25 is the new date, the week after the season finishes.”

Vardy recalls the last England’s last European Championships campaign which came just after the forward had agreed to join Leicester from Fleetwood.

“I remember being on holiday in Zante,” he says.

“My mate was working at the hotel we stopped at and it was just two of us. Normal everyday place. I needed to get away and relax. But I was getting up at seven o’clock in the morning in 36-degree heat to go on runs.”