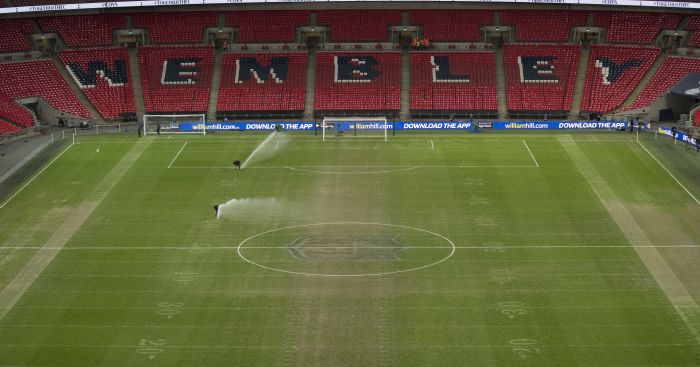 The venue of the Three Lions’ final Nations League group match – and final fixture of 2020 – had been up in the air due to issues arising from the visitors’ game in Copenhagen on Sunday.

Denmark is subject to enhanced travel restrictions due to concerns over a new strain of Covid-19, putting the Wembley encounter in jeopardy as the Football Association looked at instead hosting the game in Germany.

Albania was another option reportedly put forward by UEFA, but the FA has confirmed the national stadium in London can now host the match.

The FA said in a statement: “We are pleased to confirm that following discussions with the relevant authorities next Wednesday’s UEFA Nations League fixture against Iceland will go ahead at Wembley Stadium.”

F365 SAYS: The only Bellingham ‘nonsense’ is lack of options

The Government announced on Thursday evening that the travel ban on Denmark had been extended “for a further 14 days following an outbreak of coronavirus in mink farms”.

But an exception has been made, with the Department for Transport saying in a statement: “The government has also announced a limited exemption for a small number of Danish and Icelandic national football players to travel from the UK to Copenhagen and back, without the need to self-isolate, to take part in upcoming international football fixtures.

“This temporary and extremely limited exemption will allow the relevant players and essential staff support to be exempt from the new requirements and will help reduce any disruption for England’s upcoming Nations League fixtures.”