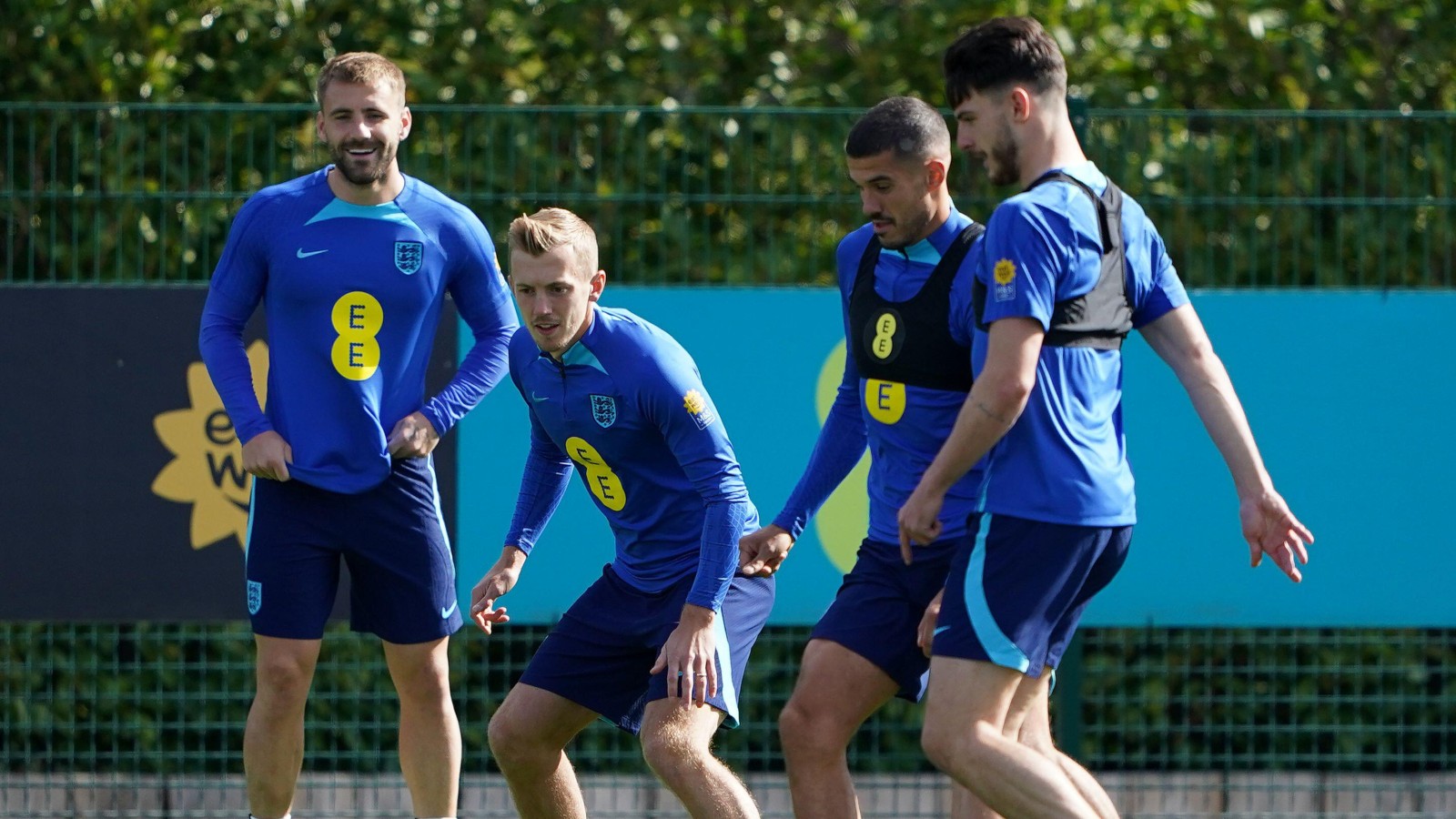 Theo Walcott has joined in the Gareth Southgate pile-on by expressing unhappiness at another of the England manager’s decisions.

Southgate has come under intense pressure as Three Lions boss, overseeing their relegation from Nations League A and taking them into the Qatar World Cup in dreadful form.

He has been criticised for his continued faith in Harry Maguire and overlooking Trent Alexander-Arnold and Fikayo Tomori, among many other things.

The two defenders were omitted from the 23-man England squad to face Germany on Monday, along with Jarrod Bowen and the suspended Jack Grealish, with Ivan Toney restored to the selection.

Another player to miss out was James Ward-Prowse, much to the chagrin of Southampton teammate and former England forward Walcott.

“I’m quite disappointed that James Ward-Prowse isn’t getting a chance, obviously being a teammate of his,” he told talkSPORT.

“He didn’t feature in the first game and now not featuring in this game as well. This is the other side of things that people don’t see often. Where a player will go to a camp and train great but not get a chance to play.

“That’s ultimately the goal. You want to play. So it’s disappointing for him.”

Another red mark against Southgate’s name is the rather flimsier argument that James ‘Pirlo’ Maddison deserves a chance on the international stage.

The 52-year-old admits his job is on the line this winter.

“I am not foolish. My sole focus at the moment is to get the team right for Monday night,” he said of the Nations League dead-rubber against the Germans.

“We’re focused on a good performance, a good result, then you’re looking towards the World Cup. And I know ultimately I will be judged on what happens at that World Cup.

“Contracts are irrelevant in football because managers can have three, four, five-year contracts and if results aren’t good enough then you accept that’s time to part ways.

“Why would I be any different? I’m not arrogant enough to think that having a contract should protect me in any way from results.

“I am realistic about that. I’ll be judged on what’s delivered in Qatar and I am perfectly happy to be judged in that way.