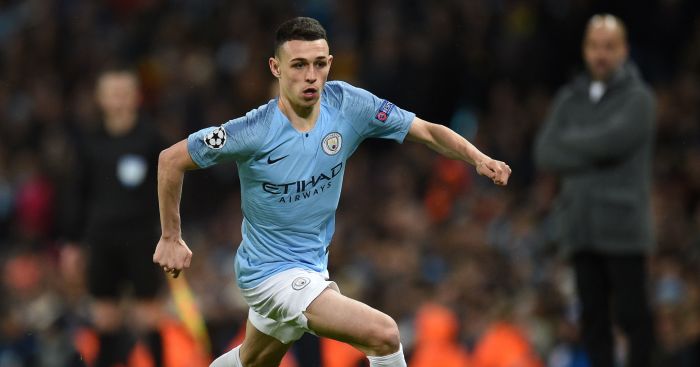 Pep Guardiola has claimed he wouldn’t sell the 19-year-old for €500m but is yet to hand the midfielder a Premier League start this season.

City have allowed highly rated youngsters Jadon Sancho and Brahim Diaz to leave the club in recent years but have no intention of letting Foden do the same and Pep’s development of Sergio Busquets and Thiago Alcantara is evidence the Spaniard should be given time to help Foden reach his potential.

However, Pearce believes for the young Englishman’s progression to be fast-tracked, he needs to go out on loan in the January transfer window.

“In January, he (Foden) really needs to look at where he is at the moment,” Pearce told talkSPORT.

“Game time is absolutely vital for a player of his age. He’s coming to that age where he needs to play some games. I think six months out on loan, if he hasn’t broken into the team, would do him the world of good.

“Guardiola loves the kid to bits, but the bottom line is, you’ve got to play.

“Frank’s chucked a few of the youngsters in at Chelsea and that’s probably brought Foden’s name to the fore a little bit more, because he isn’t getting game time.

“You and I know the best experiences come from game time and not training.”