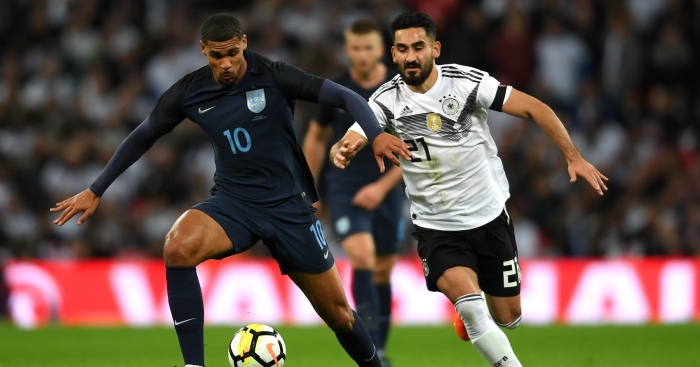 Keep your emails coming to theeditor@football365.com…

1) We aren’t going to win it by a long stretch so why not give youngsters a chance to gain some experience that will serve them well in the next 2-3 international tournaments we’ll surely have a better chance of being competitive in.

2) Do it for the fans. Does anybody really want to see us get dumped out of the tournament in embarrassing fashion probably at the group stage after one too many Hart clangers, with Cahill unable to deal with any attacker that has just a little pace and Henderson huffing and puffing around the midfield showing us the complete opposite of what creativity looks like?

No, we would prefer to see youngsters like Pickford, Rashford, Alli, Winks, Maguire and Loftus-Cheek complementing Kane, Walker, Stones and Sterling while getting knocked out admirably in the second round playing football we might actually enjoy watching.

3) More for the fans. Give us a team we can actually get behind. We’ve spent far too long watch these players like Henderson, Hart, Cahill, Wilshere and Oxlade-Chamberlain who are an embarrassment at international level. It’s impossible to get excited about the games as we know we’ll play terribly so why bother watching.

Watching a team lose that has a mix of our senior players who actually have talent but room to improve and youngsters that are full of potential is much more palatable. Bottom line is we’d rather cheer a team on that isn’t quite good enough right now but could be in the near future ahead of one that has proven time after time that they will never be good enough ever so don’t deserve another chance.

4) Imagine watching opposing defenders soil themselves as the pace of Sterling, Rashford and Demarai Gray (if he keeps starting and playing well for Leicester he is worth taking to use as a sub just for his ridiculous pace alone but he can score and create too) bears down on them during a counter attack.

Our technical standard might not scare the opposition but raw pace and athleticism add a fear factor as it’s so hard to deal with on the break whoever you are playing. England have so many with pace among the younger ranks so we may as well play to our strengths.

5) We need a midfield with creativity and a range of passing to take advantage of our pace and Kane’s finishing ability. Winks can offer this, so can Alli and Loftus-Cheek showed he can tonight. Lallana if fit is hard working, can score and create goals so should go the WC also.

Henderson offers so little defensively and going forward, the only person that should be jogging around the whole game doing nothing with the ball is the referee not someone in our starting 11 so he definitely should be dropped. Livermore is someone who I can’t recall having any redeeming qualities either beyond work ethic so needs canning too (Dier although not creative is the most defensive and is versatile, we need an anchor so should be picked also).

6) The press might actually not act like d**ks the whole of England’s tournament if we drop all the people they love to pick on. Sterling should still be there but he’s having the best season of his career so far which makes him hard to target currently. Lets just hope he doesn’t buy his lovely mother anything nice before the WC as we know that is a crime worse than murder according to the tabloids.

They also can’t make their usual ridiculous predictions that England are genuine contenders then feel betrayed when we are utter dross if the average age of the squad is about 22.

Obviously this will never happen so I’ll be supporting Germany again as with every recent tournament.
William, Leicester

There really is a bright new dawn
Thoroughly enjoying match tonight and hopefully a glimpse into the future for the England National team. A couple of decent saves from Pickford in goal – beaten twice but Germany were denied once by the bar and once by Jones – the bar probably flinched more on impact than Phil!

Solid defensive performance; Stones looked composed, Maguire looked solid enough, Gomez looks like a good backup option who can cover full back too from a squad perspective. I really do hope Jones can beat his issues with injury as he is a solid performer at the back.

Wing back positions are our strongest area; Walker, Rose, Trippier and Bertrand represent great strength in depth in addition to Gomez as a fall back option.

Great performance from Loftus-Cheek in midfield as a squad option (not getting carried away here) Dier was a calming influence on the ball, Livermore did ok but I’d prefer to see Delph in there to provide cover for the back 3 with Henderson alongside Dier.

We looked a little blunt up front. Abraham was nervous but looks a good prospect, Vardy was Vardy but will be a good option off the bench. Replacing those two with Alli and Kane would provide a significant upgrade. Not accounting for Rashford, Hart, Lallana, Cahill, Wilshere, Lingard and Jack Cork.

So, 3-5-2 looks good, tweak the team to include Sterling for Henderson/Delph and a 3-4-3 is a good plan B/A depending on the opposition.

I know the general perception is we can’t possibly challenge the traditional elite teams at the World Cup but we drew against a strong Germany side tonight with a weakened team, Italy are at risk of not qualifying for the World Cup in 60 years, the Dutch won’t be there, Argentina and Portugal scraped through qualifying.

So that only leaves Brazil, Spain and France. Oh, and Belgium. Being honest a Quarter Final exit with a young progressive team playing good football would do me fine. Still think we could go in as dark horses though!
Brian (loving international week) BRFC

And then the bubble bursts
England vs Germany

Jake Livermore just came off to be replaced by Jack Cork.

My thoughts not this (not that anyone asked for them…) are:

– Why do English players really only play in the Premier League? German players come from a range of elite clubs around Europe and the same can be said for Spain, Brazil, Portugal etc. where their players are consistently playing in the Champions League for overseas clubs as well as winning domestic titles and cups.

– This might not be a fair comparison for the current young, inexperienced and under-strength England team, but even when we had the recent golden generation it was only Beckham that ventured out of England to play his football.

– Is the fact that England have players from teams like (no disrespect) West Brom, Everton, Swansea, Crystal Palace and Leicester (okay some disrespect) a good thing? Or does it show how shallow our talent pool is at the moment?

– In my mind, the England national team would be like the NBA All Star team of the Premier League, with all of the players being the star players of their clubs – coming together to form some kind of super-team. I guess that’s almost what Gerrard, Lampard, Beckham, Ferdinand, Cole, Seaman, Owen etc. was, but it doesn’t quite have the same feel to it at the moment.

Anyway, we’re drawing with the World Champions as I write this so it can’t be all bad. Plus apparently it’s been a “good 0-0” as Clive Tyldesley has just informed me.
Chris (ITFC) – insert something funny here

Chelsea really cocked up there
It beggars belief that Chelsea could have such a rough diamond in their ranks and choose to send him out on loan. I’m talking about Ruben Loftus-Cheek, who made his England debut on Friday and produced a man-of-the-match performance.

The guy is a man mountain but has the deft touch and flicks of a Silva or a Hazard. Some of his skills were outrageous and he made seasoned German internationals look like armatures.

A wonderful honeymoon football story
Loving the tales of kickabouts in far-flung corners of the globe. It’s reminded me of one of the more fun nights of football I’ve experienced.

My wife and I got married in the summer of 2010, impoverished after uni but with no immediate jobs and with no house yet to fill with stuff. Therefore our parents arranged for the guests (whoever willing/able) to chip in towards a long honeymoon in Indonesia. After a couple of days in Bali we ended up on a tiny set of islands called the Gilis.

We transpired to be on the more touristy of these during the latter stages of the World Cup that year, and randomly the island had an Irish pub where the locals and tourists alike gathered to watch the final. My beloved wife made a valiant effort to stay up until the 2am kickoff time, but gave up and went to bed (not much of a football fan), leaving me to mingle with people from all over the globe to watch Holland try and murder Spain for 120mins.

Brilliantly, after the game a massive kick about started on the beach, islanders against tourists. The islanders were a bit outnumbered by the time I and a young Parisian finished our drinks, so we got adopted onto their team. Anyone that’s visited that part of the world knows that they are generally quite a small race of people, so the tourists were pummelling them through physical advantage. What didn’t help was that Indonesians have no concept of defence despite being technically very adept, so me and the French lad became defenders.

Very quickly the locals started calling us pique and puyol (I was puyol), and despite losing they appreciated our efforts. So much so that for the remainder of our week on the island (and much to the bemusement of my wife) I would regularly get stopped and addressed as Puyol and generally got free beers wherever I went.

Made an amazing honeymoon even better!
Phil (need to convince my wife to spend our next holiday somewhere similar during the next World Cup final), Exeter

We can see why this annoys Chelsea fans
I really wish footballers could just learn to shut the heck up.

Concentrate on playing football for the team you are actually contracted to and being more consistent. That way we can get a nice payday when you finally get to play for the team you dreamed about as a boy. Ugh

As for you Alvaro, you left 5 months ago. Chill the f**k out. Cheers
Conor(Dublin)

What type of footballer are you?
Peter G’s email about what kind of footballer you are piqued my interest. You see, I’m from an agricultural background which meant I grew up with vast, open spaces, goal posts marked out at full size and… no one for a kickabout within 3 miles of me.

So most of my time practising was spent alone; my favourite game involved playing the ball off an outbuilding, then hitting it first time at a goal made from a post from the raspberry patch and the edge of the hen house. If I missed at the near post and hit the hen house, I’d imagine the furious clucking from inside was me being mocked by the opposition fans for missing the target. Hours were spent bending long range free kicks and ambitious, low percentage volleys.

This upbringing has resulted in me being the player I am today; one with absolutely terrible close control and dribbling on one hand but, on the other, the ability to strike a ball incredibly hard and accurately, particularly first time. As a result, I’m an on-the-shoulder striker that scores quite a few, particularly first time efforts, but contributes little else to the overall game. Jermain Defoe, basically.
Lewis, Busby Way (I try and be Batistuta. I fail weekly)