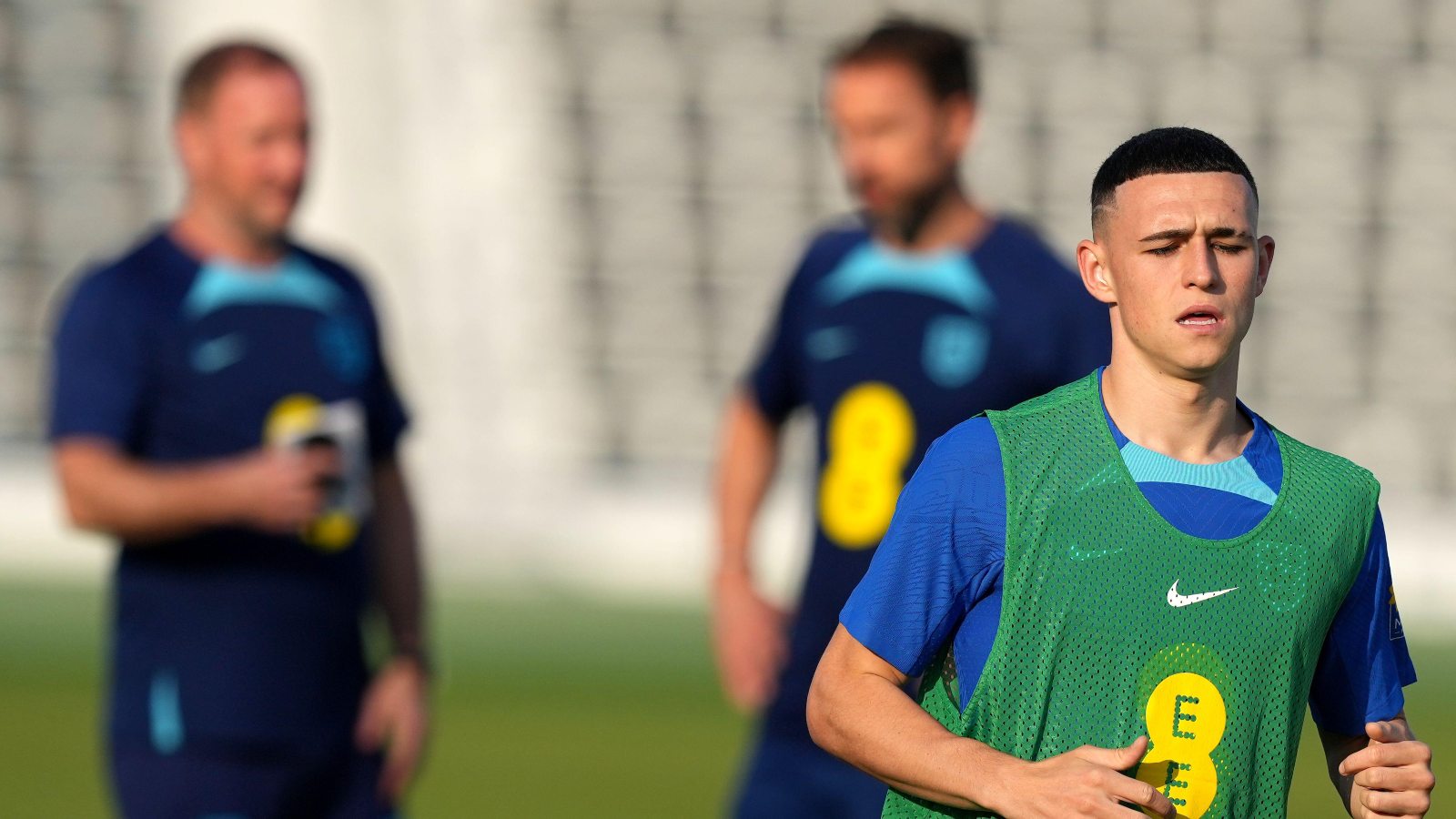 England have only played two games – and are unbeaten – but we’re already panicking about Phil Foden. This is England and it’s mental.

Phil yer boots
Last week Mediawatch offered an apology to Piers Morgan for doubting him about his friendship with Ronaldo, but we will be giving no apology for questioning his latest Sun offerings on Phil Foden and why he should definitely play in this England side.

Now, Morgan is not the only one to hold this view – and Mediawatch does not wholly disagree – but if you are going to get actually paid to write about football, then at least try and hold more than one cogent thought at the same time and acknowledge some actual truths.

Spot the a) contrarian and b) Arsenal fan.

The man with 51 goals in 77 England games and 195 goals in 294 Premier League games for Tottenham wants a word, Piers.

‘He’s the most wondrously gifted player we’ve had since Paul “Gazza” Gascoigne.

‘And he’s been proving it with dazzling performances, week in week out, for Manchester City in both the Premier League and Champions League.

‘Which all begs the question: why the hell didn’t manager Gareth Southgate bring him on in England’s World Cup match against the United States on Friday night?’

Now Mediawatch agrees that Foden should perhaps have come on against the USA but there is something not remotely acknowledged by Morgan or indeed anybody frothing at the mouth about Foden: He does not play for England like he does for Manchester City.

That may not be entirely his fault but it is nonetheless true.

Foden has started three games for England in 2022. Against Switzerland in March he ‘had a quiet evening, flitting in and out of attacking midfield positions to little effect’. Against Italy in September he ‘seemed to suffer from ending up in a positional no-man’s land in which he was neither midfielder nor attacker and unable to get on the ball in the areas where he is so dangerous’ and then against Germany, he produced ‘some promising link-up play with Sterling and Harry Kane but he will be disappointed with the moments he had to make a telling impact’.

Of course, Morgan – and many like him – do not know this or have chosen to ignore it.

He then mocks Southgate for saying he does not play down the middle for City (he largely doesn’t) and then says ‘he dropped the ball, and the result was a dismal performance and dire 0-0 draw’.

Now England were poor against the United States – though crucially, they are practically through to the last 16 of the World Cup – but the idea that Foden’s non-involvement was the major problem is ludicrous.

‘You don’t win World Cups by keeping your best, most exciting player off the pitch.

‘Get a grip Gareth, take the safety pads off, and start Foden in every game for the rest of this tournament.’

Or maybe do what you want, Gareth, because you are the England manager who took us to a European final for the very first time about *checks notes* 18 months ago, and you probably remember what happened in recent England games when Foden did start. Even if (almost) everyone else has forgotten.

Start your engines
Talking of 18 months ago, Piers Morgan said this about Jack Grealish in that Euro 2020 tournament: “That’s why Grealish has to start every game. He makes things happen.”

When Jack Grealish is the adult in the room then you know football has lost its tiny mind.

A hint of Foden
But wait…

‘The Three Lions boss left Foden, 22, on the bench for the 0-0 draw with USA and instead opted for Jordan Henderson – a heavily criticised decision.’

First, his ‘World Cup chance’ came with about half an hour of football v Iran.

Second, bringing on Jordan Henderson was absolutely the right decision from Gareth Southgate at a time when England were struggling to exert any control in midfield against the US.

Over in the Mirror, ‘Gareth Southgate has dropped a major hint that he is ready to pick Phil Foden after insisting he will “play an important part” in England’s World Cup campaign.’

One man’s ‘major hint’ is another man’s pretty sodding anodyne comment about a player who struggled on his last two England starts.

And in the Mail…

‘England boss Gareth Southgate insists Phil Foden still has a major part to play at the World Cup as the clamour for the forward to start against Wales intensifies.

‘Manchester City star Foden has made just one substitute appearance here in Qatar so far, coming on in the 6-2 win over Iran with the game effectively already won.’

‘Just one’ substitute appearance. Out of two.

‘Southgate overlooked Foden in the 0-0 draw against the USA, instead choosing to introduce Jordan Henderson, Jack Grealish and Marcus Rashford off the bench.’

He did indeed. And England emerged with a credible 0-0 draw from a game in which they were definitely second best.

‘The decision drew criticism from some quarters with many onlookers believing Foden should be playing a more prominent role at the tournament.’

WE ARE TWO GAMES IN. TWO SODDING GAMES.

And do we have to list the ten England players who have played less than Foden already at this tournament? We hope you answered ‘no’ because frankly, we cannot be arsed.