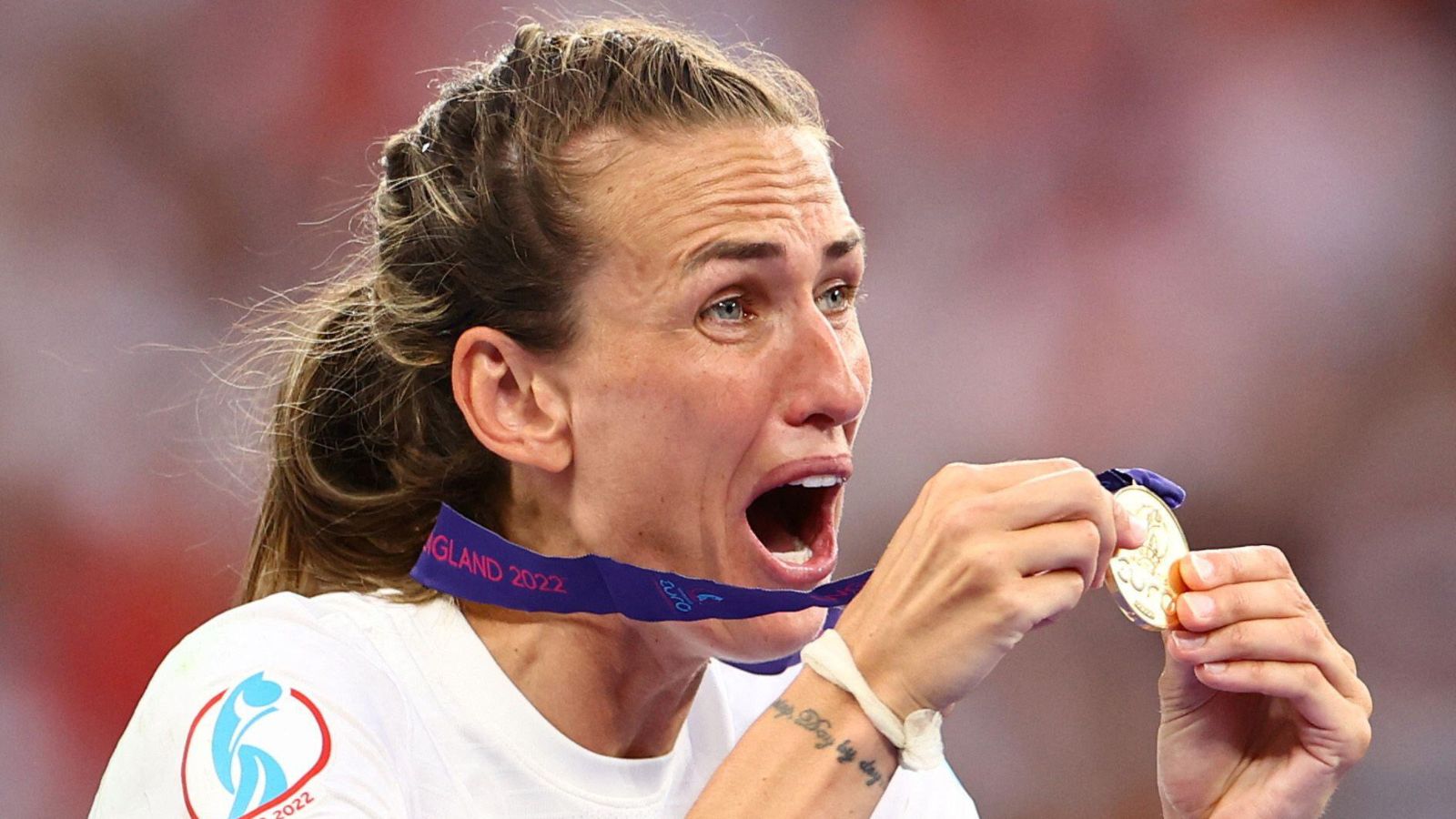 Jill Scott has announced her retirement from football after a memorable career that culminated with her helping England win the European Championships.

The 35-year-old’s announcement has come just three weeks after the Lionesses made history to win the women’s European Championships. They defeated Germany in the final at Wembley.

Scott has been without a club following her exit from Manchester City after the 2021/22 season ended.

Why are we using Lionesses’ Euros success as a stick to beat England’s men?

The north-east native earned 161 senior international caps after making her England debut in 2006 and scored 27 goals for the national side.

She said in the Players’ Tribune: “I may be saying my goodbyes to football, but we’re going to make this a celebration. No sad faces!! We’ve had too much fun for any tears.

“It’s been in my blood ever since I was five years old. I saw a load of boys playing in the school yard and I walked straight up to them and said the four magic words…’Can I play too?’.

“Imagine, if you would have told me then that I’d go on to play for England for 16 years?

“If you would have told me that I’d live to see 90,000 people packed into Wembley Stadium for a women’s European final? And that I’d be playing in it? Impossible.”

Scott began her career with hometown Sunderland before spending seven years at Everton and then joining City in 2013. She later had loan spells back at Everton and Aston Villa. She won every domestic honour during her time in the game, including the Women’s Super League title with City in 2017.

Other career highlights include scoring England’s winner against Holland in the Euro 2009 semi-finals and also netting in City’s 2017 Women’s FA Cup final victory over Birmingham. She also represented Great Britain at the 2012 and delayed 2020 Olympics.

She made four substitute appearances in England’s triumphant Euro 2022 campaign, including the final against Germany.

Her retirement follows that of England team-mate Ellen White on Monday.

The 33-year-old played a key role at the Euros, starting all of England’s games en route to their historic win at Wembley.

She scored 52 goals in 113 caps for the Lionesses and like Scott, she finished her career at Gareth Taylor’s Man City in the Women’s Super League.