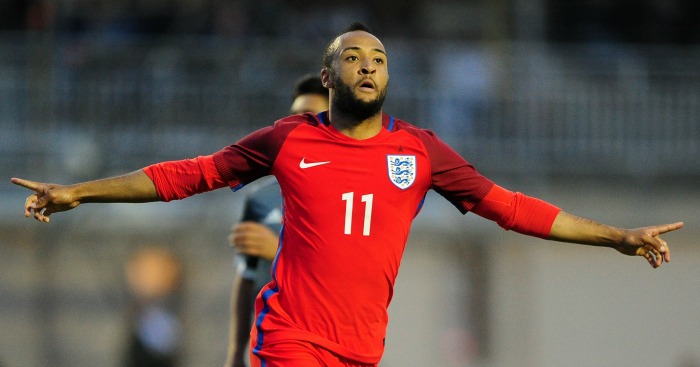 James Ward-Prowse and Nathan Redmond have returned to the England Under-21s for a training camp ahead of Euro 2017.

The Southampton pair earned their first senior caps against Germany in March and June’s tournament in Poland will be their last appearances for the Young Lions before they become too old.

Manchester City’s Patrick Roberts, who has spent this season on loan at Celtic, has been handed a first call-up while Sunderland’s Jordan Pickford is also in.

But Manchester United striker Marcus Rashford has been included in the senior squad and is now not expected to travel to Poland with the Young Lions.

“We’re really looking forward to seeing everybody again and things will start to crank up a notch,” boss Aidy Boothroyd told thefa.com.

“It’s good to get them all back in together, get re-focused and make sure we’re prepared properly for the Euros.

The five-day meet next week will start the countdown for the tournament opener against Sweden on June 16 while England also face Poland and Slovakia in Group A.

UEFA’s deadline for countries to name their final 23-man squad is June 6.

Boothroyd added: “We only have The Emirates FA Cup Final, the Championship Play-Off and the Scottish Cup Final to get through so fingers crossed we will get everybody unscathed and we can have a really good training camp.

“I’ll be looking for as much information as I can gather about where everybody’s at and then I’ll pick the squad.

“But there’s a lot of good players here so it’s going to be very difficult to leave players out.”