Home Competitions Championship Aston Villa England only: Most expensive ever in cumulative fees 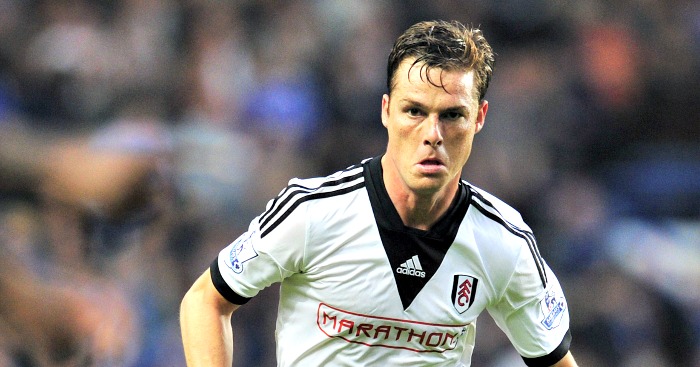 This list only includes players who have played their club football within the confines of the United Kingdom. ‘But it says “England only” in the headline,’ you say? Shut your damn mouth.

We have had the most expensive players ever in cumulative fees, so now for those who have refused to leave these terrible, terrible shores.

The hungover panda is one of two to make the list with one solitary career move. Since making the switch from his boyhood club Everton in 2004, Rooney has won the Premier League on five occasions and lifted Champions League, FA Cup and League Cup trophies on his journey towards becoming the Red Devils’ all-time top goalscorer.

Ol’ Wayne is four more goals away from eclipsing Sir Bobby Charlton’s record of 249, but the debate on whether he has actually lived up to the hype will long overshadow any of his achievements.

One of many to be snatched away from Southampton’s grasp, Shaw became the most expensive teenager in world football when travelling the well-trodden path out of St Mary’s in 2014. His development came to a grinding halt last year thanks to one Hector Moreno of PSV but at only 21, Shaw has plenty of time to win the trophies and earn all the England caps he needs to achieve his no doubt life-long dream of overtaking the next entrant.

Getting a bit warm in here, isn’t it? Long before those bloody pesky trouser pockets of his logged into Twitter and posted images of his Mercedes Benz, Lescott was kind of a big deal. Before we continue, please wipe that smirk off your face. Thanks.

Sticking out more than Kim Kardashian’s backside is the £22m that Manchester City paid for him in one of the longest-running transfer sagas of 2009. What a time to be alive. These days, Lescott’s struggles to find a club continue after his proposed move to Rangers fell through. More on that when we get it.

Squeaking into the top ten is the much-travelled former RAF pilot Scotty P. From appearing in McDonald’s adverts aged 13 to playing for his seventh club in Fulham, Parker has seen it all. Well, most of London anyway.

Parker was chewed up and spat out by Chelsea after his first big-money move before captaining Newcastle and West Ham. He completed the set when moving to Tottenham in 2011, becoming the only man to play for teams in the north, east, south and west of London in the Premier League.

Leeds. Newcastle. Aston Villa. Milner has had more than enough misery to be forgiven for being boring and questioning whether it is worth kicking that bit of leather around after all. If you do ever wonder why swap deals do not happen much then let Stephen Ireland moving to Villa Park from Manchester City in the opposite direction to Milner in 2010 be a harsh lesson for us all.

England’s left-wing solution is up in the lofty heights of eighth courtesy of a nice, big wedge from the ever-generous Liverpool back in 2010. Downing has quite remarkably continued to rise through the rankings seven years on from his first transfer, with hometown club Boro forking out £7m to bring him back to Teeside last year – only to quietly move him down the pecking order to make way for Aitor Karanka’s fresh-faced recruits.

Craig Bellamy’s agents narrowly missed being included in the list through sign-on fees alone. The money trail began in 2000 when Bellamy became Coventry’s record signing after Robbie Keane had the audacity to move to the San Siro with Inter Milan. In between spells at Celtic, Blackburn and Cardiff City, the Welshman collected his cumulative transfer fees in reasonably small chunks before Man City in 2009.

Sterling would later be eclipsed by another entrant still to come but many laughed until their insides hurt when Manchester City dished out £44m – the then-highest transfer fee for an English player – to sign him from Liverpool last year. Once the snake emojis slither away and The Sun get off his case, it may well be the Citizens who have the last laugh in the years to come. His early-season form certainly suggests as such.

Crouchy would be a virgin if he had not become a footballer (his words, not mine). He also would not have the absolute honour of being number five on this iconic list. That £60k paid by QPR was a mere drop in the ocean before Pompey helped out with £12.5m of his total transfer fees on their own. Like many others on the list, the biggest deal was saved until last with Stoke parting with £12m in 2011.

It’s January. It’s 2011. It’s the last day of the transfer window. And not for the first time in Liverpool are in panic mode. We all make questionable decisions when our hearts are broken, but none more so than the eye-watering £35m the Reds paid Newcastle to help try and get over their relationship with Chelsea-bound Fernando Torres. No more than two years later, Liverpool scraped back just less than half of what they spent which is enough to keep him towards the top of list.

Turns out money can buy you Stones after all. An awful lot of it, mind. The 22-year-old’s recent move to Manchester City has seen him shoot up all the way to number three in standings, with the £3m Everton initially spent preventing him from being a mid-table plodder. We’re sure he is delighted.

A little over a year on from retiring, Anton’s brother is still holding his own amongst the English heavyweights. The financially-savvy minds of Leeds United are largely behind his lofty position, making him the world’s most expensive defender on two occasions thanks to their initial ambitious intentions and then their blind panic as ‘the dream’ quickly ended.

What? This is perfectly normal. Darren Bent is the undisputed cumulative transfer king and his crown looks safe for at least another year unless a club goes absolutely mental in January. Which is very possible. The £24m Villa spent (which worked out at just over £1m per league goal) is making our toes curl but Sunderland and Tottenham have contributed to over half of his cumulative £60m fee, while Charlton provided a nice top-up. You can currently find Bent missing sitters for Derby.