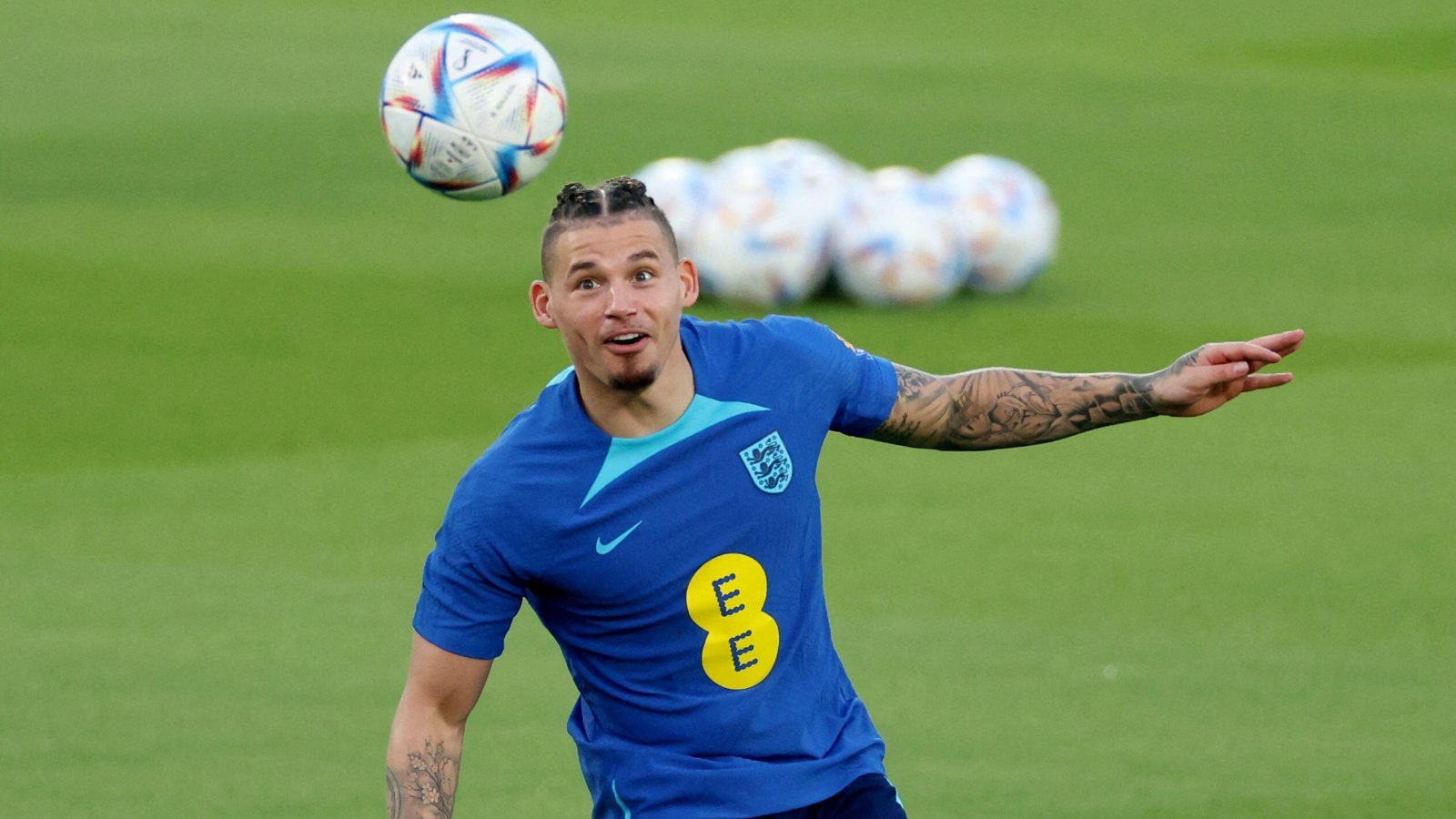 Kalvin Phillips has revealed his successful battle to be fit for the World Cup was almost scuppered after he dropped a weight on his foot in the gym last week.

The Manchester City midfielder underwent shoulder surgery in September before putting himself through gruelling double sessions in a race against time to make England’s squad for Qatar.

While Phillips had played just 14 minutes of competitive football before Gareth Southgate’s squad announcement, he made the cut and jetted out to the Middle East with his 25 team-mates last week.

“My shoulder is fine now. I had the operation about seven and a half weeks ago,” he said.

“It was a 12-week recovery, but with all the work I’ve been doing…I did a lot more than I should have done. But I wanted to recover quicker so I could go to the World Cup and I’m here now.

“It wasn’t a case of ‘if you’re fit then you’ll go’ from Gareth, but when I told him what the situation was, he made it clear he wasn’t going to tell me what to do.

“He basically told me that whatever decision I took, I needed to be 100 per cent about it and that if I recovered well there was always a chance I would be involved.

“I think after two days I was straight into football and doing little movements on my shoulder. Then after a week when I was getting a bit of range, I was doing double sessions, I was in a heat chamber to get used to this heat.”

Despite his best efforts to get to Qatar, Phillips conducted his first media engagement with a cut-out in his flip-flops showing puncture wounds in his foot, revealing at the end of the session that he had almost ruined his opportunity of playing in a World Cup for the first time.

“It’s quite a good story to be honest,” he said with a smile.

“So, before the City game against Brentford (last weekend), being a professional that I am, I went to the gym before the match and was just doing loads of Achilles work on the leg press.

“I’d gone to pull a weight off the rack and there must have been one stuck behind it and I pulled it off and it has landed straight on my foot and cut it all.

“But it is not too bad – it is the blisters from training (in Qatar) that hurt more. It isn’t too bad, but I stood for about 10 seconds and thought ‘oh my god, what was that?’

“If it wasn’t a 5kg plate, if it had been heavier, I think it would have been a lot worse. Imagine that, that is what you get for being professional!”

READ MORE: Five Gareth Southgate calls for Iran that England fans are guaranteed to moan about

Phillips also praised the support of Kyle Walker – his City team-mate and England colleague having also seen his World Cup prospects harmed after going under the knife for a groin operation.

He too was selected by Southgate even though, unlike Phillips, he has yet to play for the Premier League champions since returning to training and will miss England’s opener against Iran on Monday.

“I spoke to Kyle before I had my operation,” he added.

“I told him what the club had said and what they wanted me to do. Kyle said ‘do you think you’ll be 100 per cent if you have the operation?’

“I told him that I knew I wouldn’t be fully match fit because of the game time I missed, but that I would be fully confident in my shoulder and that there would be no chance of it popping back out.

“Kyle pushed me every day. The physios at City made it really tough but extremely rewarding. I am very happy that I had those guys to give me some confidence and a little bit of a push as well.”