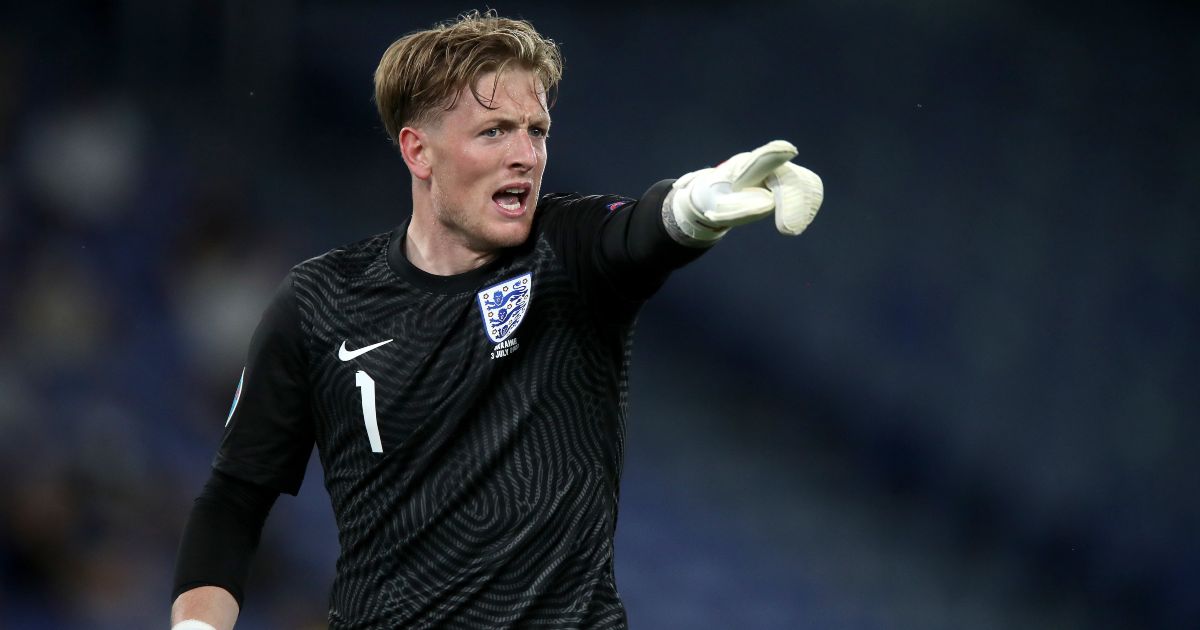 Former England international Trevor Sinclair thinks Everton goalkeeper Jordan Pickford is proving he is “one of the best goalkeepers in the world”.

Gareth Southgate’s side have yet to concede at the finals as they continue preparations for their semi-final clash with Denmark on Wednesday.

Pickford made two very good saves against Germany and kept a clean sheet against Ukraine too as England continued their run.

The Toffees goalkeeper has already equalled Iker Casillas’ record of the most clean sheets at a European Championship, with time break that record before the end of the tournament.

And Sinclair, who won 12 caps for England, admits he was “wrong” to criticise Pickford in the past with the Everton man impressing at the Euros.

Sinclair told talkSPORT: “There’s one thing I’ve been really impressed with, I heard the other day he’s been seeing a sports psychologist, and that’s Jordan Pickford.

“It’s not been there in the past. I wasn’t convinced he could keep clean sheets for us, do simple things well and keep his concentration.

“He’s proved me wrong and he has done that and I’m pleased he’s going to see a sports psychologist because he looks like one of the best goalkeepers in the world at the moment.”

And former Denmark stopper Peter Schmeichel has also been impressed by Pickford’s concentration with the England star not overly worked, he said: “You have to look at how the games have panned out for England and Jordan has had very little to do.

“He has had maybe a save in every game and if anything a couple of back passes to deal with and I think (shouting) is a way for him to keep connected and makes sure the team remembers he is behind them.

“Basically it is just to keep him in the game and feeling he is still there. The big thing when you play in dominant sides as a goalkeeper is how do you keep your concentration and how do you feel connected to the game so that could be it.”