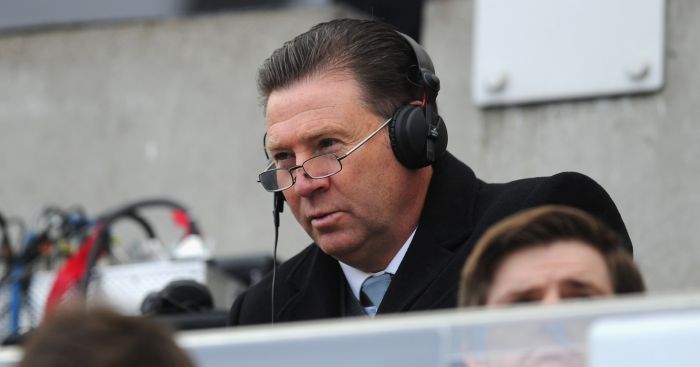 Chris Waddle has criticised the lack of leadership among the players in the current England squad.

England slipped to a deserved 2-1 defeat to the European minnows to exit Euro 2016 at the last-16 stage on Monday.

Roy Hodgson resigned as manager in the aftermath, and Harry Redknapp, Alan Shearer, Jamie Carragher and many more have offered their reactions to an “abject” performance. Matt Stead even brings you player ratings. They are positively glowing in praise.

Former England winger Waddle was frustrated that 18-year-old Marcus Rashford – an 86th-minute replacement for his Manchester United team-mate Rooney – was the most dangerous-looking player.

Speaking on BBC Radio Five Live, he said: “The best player going forward for England was Rashford and what did he play, five minutes? He took the ball, he ran at defenders, he committed himself… If he does that in training and you play a guy who’s got no confidence, why doesn’t he start Rashford?

“To me, they (Iceland) are an honest, genuine 1980s football team; 4-4-2, not bothered about possession, hit the ball forward, set-pieces, old school. England can’t deal with that.

“They may say they drew with Portugal, but Portugal had six or seven chances compared to England’s one.

“England don’t even have the chance to say when they walk off the field, ‘we were sloppy in front of goal again’. You weren’t, you didn’t even create anything, nothing.”

“They’re a proper team, Iceland; I don’t rate them as a football team. I would never pay to watch them but I tell you something, they’ve got a great camaraderie and that answers a lot.

“We just go through the motions and, at the end of the tournament it’ll be, ‘we’re getting ready for Russia’. Good luck!”