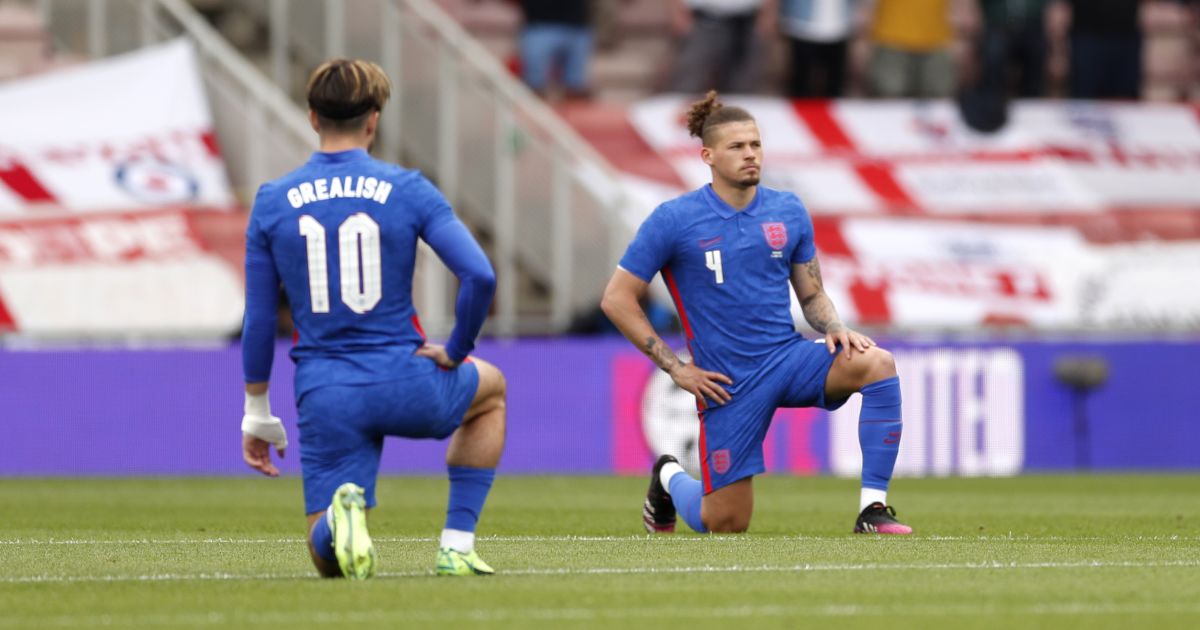 England players were once again booed by some of their own supporters when they took the knee before Sunday’s final Euro 2020 warm-up friendly against Romania.The Three Lions welcomed back fans for the first time in 18 months on Wednesday, when the anti-racism stance was jeered by a pocket of the crowd before being drowned out by cheers ahead of the game against Austria.

Gareth Southgate spoke to his players about the incident ahead of Sunday’s return to Middlesbrough, saying on the eve of the match that “we feel more than ever determined to take the knee” at the Euros.

England issued a social media plea for fans to support players taking the knee ahead of the friendly against Romania, but yet again a number of them showed their opposition to the gesture.

Boos were heard around the Riverside Stadium, whereas others applauded to show their support of the players’ show of solidarity against social and racial injustice.

England’s starting line-up all kneeled, with all but two of Romania players doing the same.

At his press conference before the game, Southgate said: “The first thing is we are collectively really disappointed it (the booing) happened.

“Some people decide to boo – I think those people should put themselves in the shoes of those young players and how that must feel, and if that was their children, how would they feel about their kids being in that sort of situation.

“The most important thing for our players is to know that we are totally united on it, we’re totally committed to supporting each other, supporting the team.

“We feel more than ever determined to take the knee through this tournament. We accept there might be an adverse reaction and we’re just going to ignore that and move forward.

“I think the players are sick of talking about the consequences of should they, shouldn’t they. They’ve had enough really. As far as I’m concerned they are not going to take more questions on this through the tournament. If it happens, it happens. They’re very clear. Their voices have been heard loud and clear.

“They are making their stand but they want to talk about the football and want the focus to be on the football.”