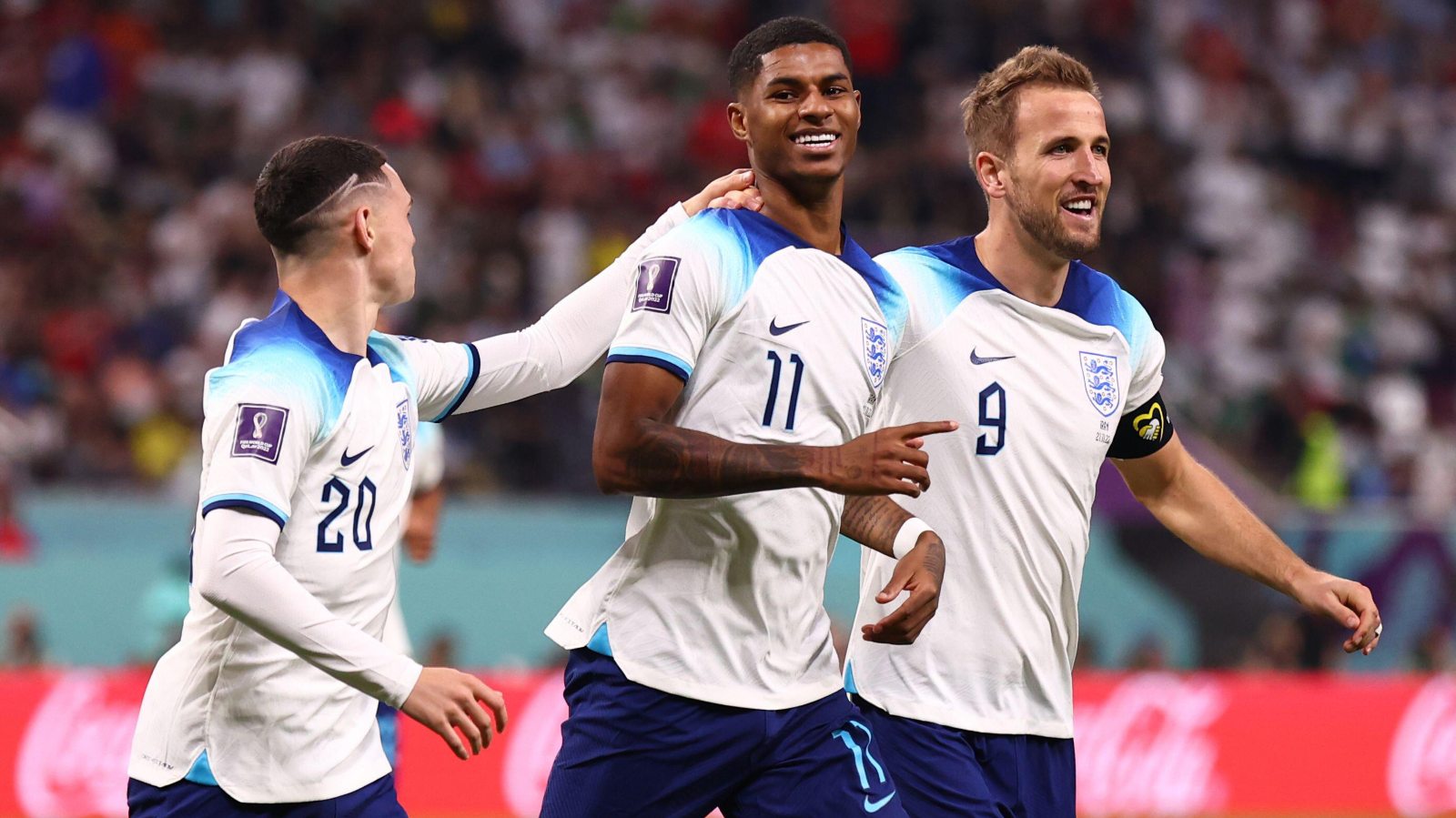 Those quotes are from Jermaine Jenas – presenter of The One Show and very much not a manager – but it would be unfair to linger too long on him because the sentiment is being repeated on TV screens and websites by legions of fans and pundits. From Alan Shearer to Brian that works in the butcher’s and has ‘never liked Raheem Sterling’, the equation is simple: Phil Foden and Marcus Rashford must start against Senegal because Phil Foden and Marcus Rashford scored against Wales.

Do you know who has been a great manager for England? The man who has taken them to a World Cup semi-final and a European Championship final, that’s who. Nobody here is arguing that Southgate is a master tactician but what he has mastered is the art of taking an England team far into a tournament and man-managing a squad of players who feel appreciated, involved and ready to make an impact whether they are a starter or a finisher. By now, we really should be happy for him to decide.

“I would keep those two in at the moment but I love Raheem Sterling and I love Saka as well, so I couldn’t really complain if any of them were in,” said Gary Neville, who is a little more sensible than some of his pundit counterparts, though perhaps not quite as sensible as Jamie Carragher, who wrote: ‘Southgate’s changes reflected England’s security in the group. To go deep in the competition it is imperative players are rested, especially those who play in the positions demanding most intensity. Raheem Sterling and Bukayo Saka will have had over a week off by the time they meet Senegal on Sunday.’

He knows. Rashford and Foden impressing against Wales does not override or overwrite Saka and Sterling playing well against Iran just over a week ago. There is no league table of England’s wide forwards pinned up on Southgate’s ‘Live, laugh, love’ corkboard and if there were, it would not be ranked purely on goals. Sterling might be top because of his synergy with Harry Kane, Saka leading for his all-round game, Foden for his quick feet, Rashford for his finishing and Jack Grealish for his calves/ability to carry the ball up the pitch. And that’s even before we get to James Maddison, who was the relentless answer to every England question two weeks ago.

By Sunday night we will have endured five full days of ‘who should start?’ when the answer that nobody wants to hear is ‘it doesn’t really matter’. What is arguably more important is ‘who should finish?’ because in 100-minute games in this bizarre mid-season tournament, this is more than ever about squad management. Southgate starting Saka and Sterling against Senegal – which seems the most likely option regardless of all the talk about what he ‘must’ do – does not mean he thinks they are better than Rashford and Foden, but that he believes they are fresher and more suited to that particular game on that particular day. Because he is the manager.

“You can think and imagine but I have live data that you don’t have,” said Didier Deschamps when quizzed about France’s plans. Southgate is perhaps too English to react in the same way but he must be tempted when he is told by pundits and journalists – channelling the thoughts of fans – what only their eyes and their short memories have decided he ‘must’ do.

Rashford would undoubtedly like to start against Senegal but should he be on the bench – as he was against Iran just last week – then the great miracle of Southgate’s tenure is that he will emerge from there brimming with confidence rather than brooding. Should he then score the winner to take England through to another quarter-final, does that prove he should then start or that he should finish? If you think the answer is simple then you are more Jenas than Carragher and surely nobody wants to be more Jenas than Carragher.