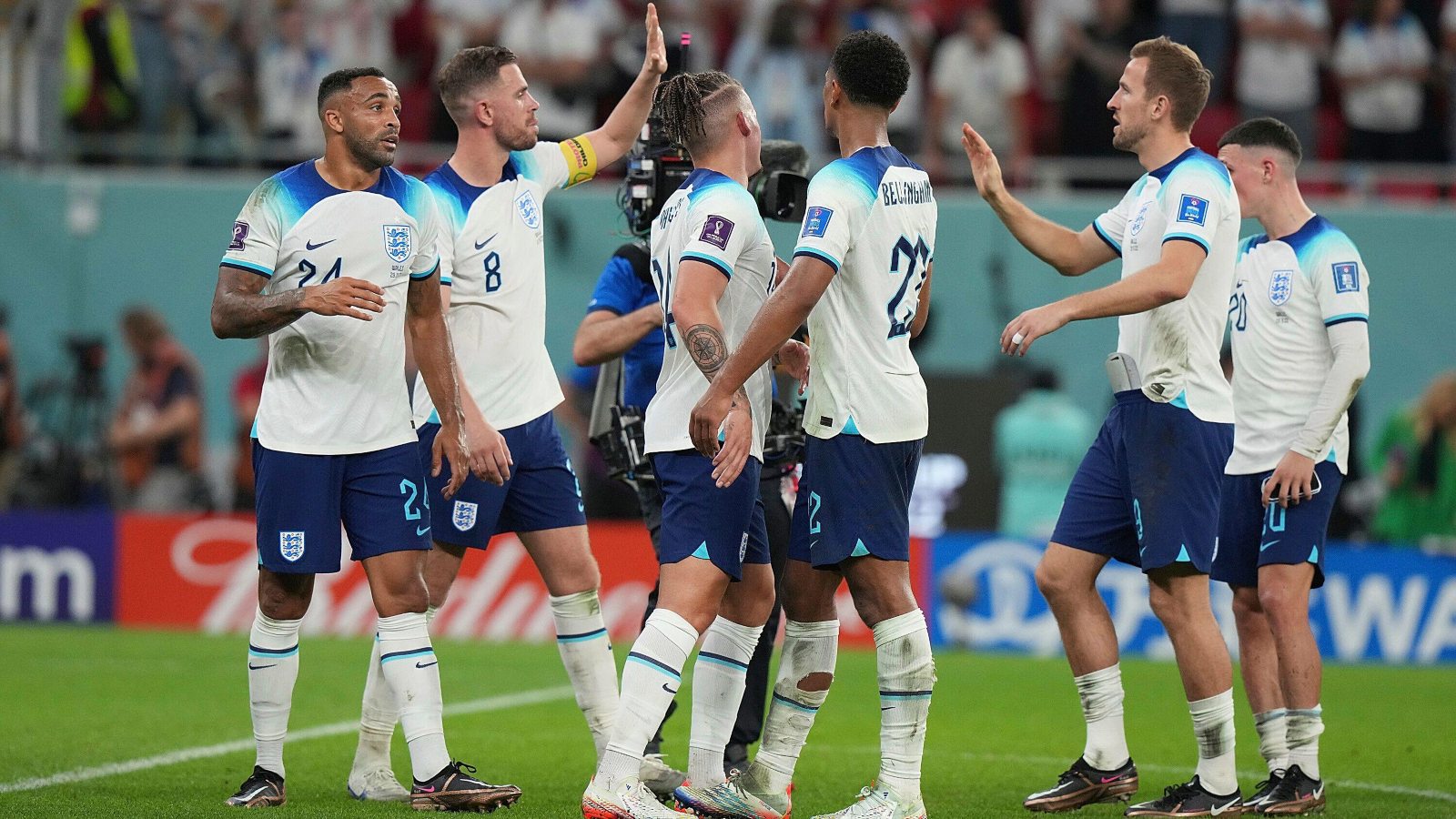 As usual, there is some Grade A nonsense in among the England reaction after they beat Wales 3-0 on Tuesday night…

Game of two halves
It’s not often we nod in agreement with Martin Samuel in the Daily Mail (for now) but he was right in his succinct assessment of the England game on Tuesday night:

That’s not reflected in coverage elsewhere, with Samuel’s colleague Oliver Holt tweeting ‘That was a grim, turgid half of football. From both sides. At least Foden brought a bit of urgency. Few redeeming features’ at half-time and then 45 minutes later ‘England top scorers at the World Cup so far and through to the last 16 unbeaten. But, yeah, boring Southgate, easy group, take the handbrake off etc etc etc’ with no awareness of his own volte face.

‘A grim, turgid half of football’ in which 11 attempts were made on goal, including a one-on-one chance Marcus Rashford should probably have scored and an overhead kick. You don’t know sodding grim, fella.

In The Athletic, Jack Pitt-Brooke writes ‘In the first half against Wales, England were so poor that it felt like this particular selection experiment had failed’.

They had 74% possession, total control against a Wales side with zero ambition and had fashioned a one-on-one chance that should have been taken. So, so poor.

No defence
Placing any importance on player ratings is a fool’s errand but can somebody please explain the logic of Harry Maguire and John Stones – who cruised through the Wales game to claim another clean sheet – earning the same rating (6/10) in the Daily Telegraph as Aaron Ramsey and Kieffer Moore?

And over in The Sun, the entirety of an untroubled England back four received the same score (6/10) as Neco Williams and Ethan Ampadu.

We know the Telegraph’s Matt Law might still be salty about Tyrone Mings being discarded by England but what’s Dan King’s excuse?

Words…don’t come easy to me
Mind you, Daily Mirror man Darren Lewis knows all about football and yet he has picked up some very bizarre vernacular during this World Cup. From his piece on Harry Kane…

‘Yes, in a World Cup where Kylian Mbappe, Lionel Messi, Robert Lewandowski and Cristiano Ronaldo have all signed with strikes, it is strange not to see Kane’s name alongside them just yet.’

‘It is even more remarkable that, in this ruthless romp here at the Ahmad bin Ali Stadium, Tottenham’s coveted marksman didn’t get weighed in.’

He didn’t get weighed in? What the f*** has happened to you in Qatar, big man?

‘Senegal on Saturday won’t be easy’ and ‘Saturday is shaping up to be a mouthwatering encounter’.

Does anybody want to get weighed in and tell him?

Kane and able
‘Harry Kane dismisses World Cup fitness fears and insists he could have played 90 minutes for England against Wales’ – The Sun.

Nice try but Harry Kane actually spoke to the BBC before the Wales game and said: “In the Iran game I could have easily played the full 90 minutes, I think the manager changed it for tactical reasons.”

Equally cursed and blessed
Elsewhere in The Sun, Charlie Wyett has learned a new word to complement his obsession about Harry Kane scoring a goal…

‘All the boxes were ticked with one exception. Incredibly, six players have scored here in Qatar but captain Harry Kane is still not one of them.

‘Equally, Southgate was more concerned about giving his striker a rest than scoring a goal.’

‘The only downside was that, once again, Kane did not score. He played well in the first game and did well to set up Foden for the second goal.

‘Equally, a player who genuinely believed he could win the Golden Boot again has yet to set the tournament on fire.’

Equally, Charlie, he has three assists and England are in the last 16. And the same thing happened a whole 18 months ago at Euro 2020.

You with the sad eyes…
So the dictionary definition of ‘show someone in their true colours’ is ‘to show what someone’s real character is, especially when it is unpleasant’. But you didn’t need us to tell you that; not since Cyndi Lauper has ‘true colours’ been used as a compliment.

So the Mirror website know exactly what they are doing with this click-tastic headline:

Is it about a player from one of the two biggest clubs in the country? God yes.

Is it entirely and wilfully misleading? F*** yes.

Of course, it turns out that Henderson has not poked or kicked the concussed Neco Williams but has instead acted – and this is going to blow your mind – exactly like a human being.

‘Henderson, following the challenge on Williams, ended up in something of a heap on top of the right-back, and it was then that he appeared to spot that something was wrong with the Wales man.

‘The midfielder stood over Williams for several seconds to check on him, embracing him and looking towards the Wales bench.’

The only way this could possibly be seen as Henderson’s ‘true colours’ is if you thought he was an absolute c*** who would not check on another person who was quite clearly hurt.

Or if you want clicks and you give not a hoot how you get them.