Home Johnny Nic Why do we have a hate-f*** relationship with England? 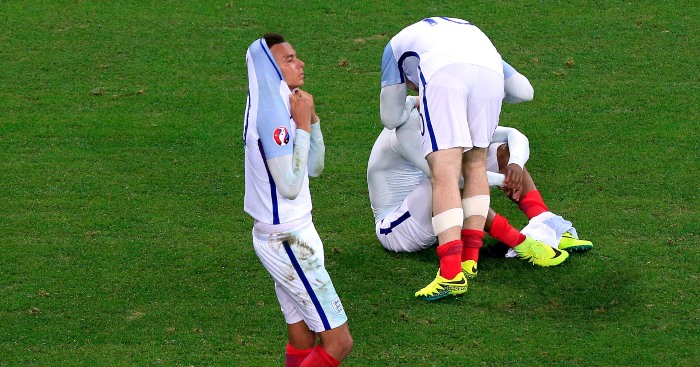 As another England game looms into view, the doom-mongers rub their hands in anticipation. There is an orgasmic release of disgust, outrage and hate every time England get their arses kicked, especially if it’s by a so-called lowly nation.

…there was no doubt, we were rolling in the loss like a feline on catnip, or maybe more like a dog in muck.

England losing is satisfying in a way that winning simply is not. It fills a much bigger hole. All sorts of other issues can be drawn into it, especially for the right-wing people and their press, who have long seen an England defeat as symbolic of a failed nation, of a once-great state brought to its knees by the liberal softies and foreigners.

England is not unique for having a huge reservoir of nostalgia for a country that never existed. Was it the 30s, the 40s, the 50s, the 60s, the 70s or even, incredibly, the 80s? Whenever the great past is to those who believe the myth, they need something to happen now that they think – usually wrongly – is much worse than what happened then. And England’s loss will do that nicely. Of course it doesn’t hold the water of factual scrutiny, that goes without saying, but this does not seem to matter anymore. Only the feeling matters, and feeling has been conflated with truth. And the only views that matter to those for whom feeling has been conflated with truth are those who endorse that feeling.

In this way we can see how England losing to Iceland in 2016 was all part of the Brexit mentality. It proved how rubbish England is and thus allowed anyone to speculate why and allowed many to voice their bizarre notion that English exceptionalism has been diluted by people from somewhere that isn’t here. That we’d be Great Britain again if freed from the shackles of foreigners, even though the Scottish part of Britain largely laughs at his pathetic delusion.

The right-wing insistence that everyone has it too easy these days has been a soundtrack to life for many decades. It is far from a new idea. England’s football team not being any good can add proof to any reactionary view you want. If you oppose abolition of corporal punishment, asylum seekers, foreign aid, welfare payments, immigration and are intolerant of everything from vegans to people called Kylie and puffed quinoa, England’s football team is your friend. It is infinitely absorbing of all and every emotion.

The last thing these people need is for England to be any good. When we got to the semi-finals of the World Cup it seemed to be proof that Gareth Southgate’s empathetic, emotionally balanced and intelligent approach was working, and no reactionary worth their vinegar wants that to be proven true. Did Winston, Monty, Sir Alf, Enoch and Maggie die for this? For a country’s football team to be led by a soft nancy boy in a M & S waistcoat, itself another symbol of decline, because all M & S clothes used to be made in the UK you know, not anymore though, oh no. That’s just another thing that’s shit about now.

So I’m sure all these people will be secretly England lose to Iceland once again, for it will prove they were right all along, because when it comes to watching England, for too many, it is, rather pitifully and nakedly, a kind of hate f*ck.