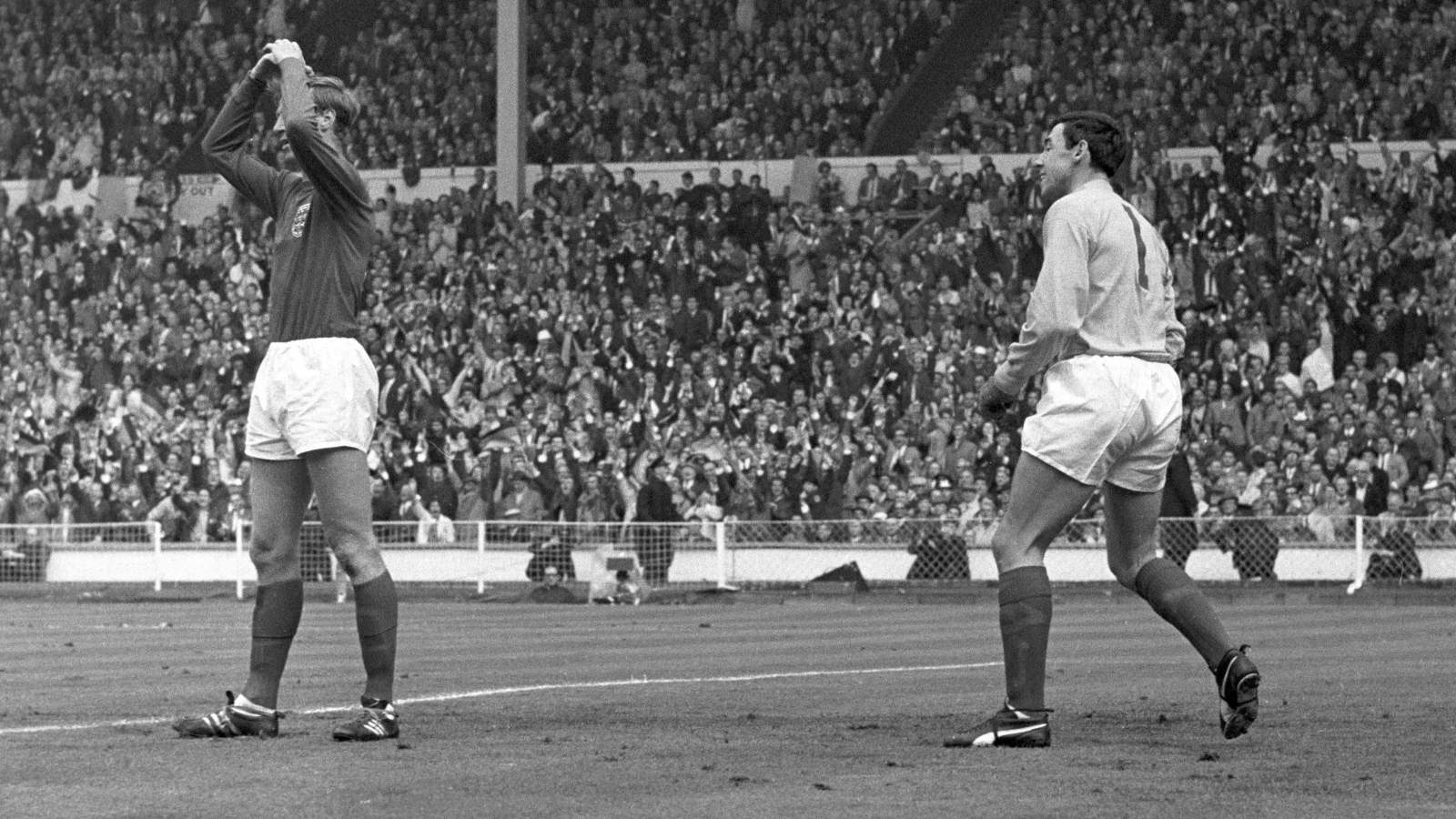 England manager Gareth Southgate’s decision not to play Ivan Toney against Italy or Germany means the Brentford striker remains uncapped and also extends an 83-year spell for the Bees without an active England international on the books, with one-cap wonder Leslie Smith the last player to represent the west London side way back in 1939.

Here’s an XI made up from those who did manage to end a club’s long period away from the Three Lions.

Goalkeeper: Gordon Banks
One of Leicester City’s longest serving players, Sep Smith was rewarded for his consistent displays with a solitary England cap in 1935. However, after the war the Foxes didn’t establish themselves as a regular fixture in the top flight until the late fifties and didn’t have an active England international on their books until a 25-year-old Gordon Banks made his international debut in a defeat to Scotland in 1963.

If you fancy a goalkeeper challenge, try naming the Premier League ‘keepers who broke long spells out of the England set-up for Burnley, Portsmouth, Watford and West Brom.

Right-back: Alf Ramsey
Banks would of course go on to become a reliable, long-term presence in the nets under iconic boss Alf Ramsey, who actually broke a club’s long spell in the England wilderness himself. Prior to his move to Spurs in 1949, Ramsey had established himself as one of the country’s leading full-backs at Southampton, with his performances leading to an international call-up in 1948 and a debut in a 6-0 thrashing of Switzerland. Before then, the last Saints player to line up for the Three Lions was Tom Parker in 1925.

Centre-back: Jack Charlton
A third World Cup winner starts for this side, with towering centre-back Jack Charlton breaking a 26-year hoodoo for Leeds United. Yorkshire-born star Wilf Copping returned home in 1939 shortly before the Second World War after a five-year spell with Arsenal and won the last of his 20 England caps as a Leeds player. Charlton’s late arrival on the international scene at the age of 29 in 1965 marked the beginning of several Elland Road stars of the era wearing the Three Lions, as the Whites became a force under Don Revie.

Centre-back: Zat Knight
One of Charlton’s team-mates in that monumental victory over Germany in ’66 was fellow defender George Cohen, who spent his whole club career at Fulham. Cohen’s last appearance for his country came a year after he lifted the World Cup and coincided with a downturn in fortunes at Craven Cottage, with the club suffering two consecutive relegations. After decades outside of the top flight, Fulham returned in 2001 under the stewardship of Mohamed Al-Fayed and soon had another England international in their ranks after Zat Knight’s debut against USA in 2005 ended a 38-year wait.

Left-back: Nicky Shorey
Fulham’s famine may have seemed like a long one, but it’s nothing compared to Reading’s drought. Nicky Shorey’s England debut in a 1-1 draw with Brazil back in 2007 marked the first time someone from the club had worn the Three Lions since 1906. Herbert Smith’s appearance against Wales in the March of that year would start the century-long wait, aptly ended by a fellow left-back.

Right midfield: Stanley Matthews
Stanley Matthews’ remarkable longevity and talent unfortunately didn’t lead to a cabinet full of trophies, with the eponymous FA Cup final of ’53 his only major honour. However, despite playing for the lesser lights of Stoke City and Blackpool, he did pick up a number of individual accolades; notably the inaugural Ballon d’Or in 1956. One of his earliest achievements though is breaking a 31-year spell for the Potters without an England player on their books, whilst also becoming the first teenager to score on their Three Lions debut, in a 4-0 win over Wales in 1934.

Central midfield: Ricky Hill
Despite not obtaining top-flight status until 1955, Luton Town provided players to the England set-up in the twenties, thirties, forties and early fifties. Ironically, all of that ended just as the Hatters reached the promised land, with goalkeeper Ron Baynham the last to wear the Three Lions until Ricky Hill’s call-up in 1982. The sixties and seventies saw the club drop to the bottom of the pyramid and rise all the way back up again before the likes of Hill, Les Sealey, Mal Donaghy, Brian Stein and Mick Harford helped establish Luton as mainstays of the First Division throughout the eighties.

Left midfield: Alan Hinton
Seemingly fourth-choice keeper on the England ladder, Dean Henderson wasn’t able to break a 25-year exile from the Three Lions side for Nottingham Forest. However, it isn’t the longest drought the club has suffered. Stuart Pearce’s appearance in the 1997 Le Tournoi remains the most recent Forest call-up but back in 1964, it had been 33 long years since the City Ground crowd had witnessed an active England international play for the home team. Future Derby County legend Alan Hinton changed all of that after starring in a 2-2 with Belgium at Wembley.

Striker: Alan Shearer
Blackburn Rovers’ return to the pinnacle of the domestic game in 1992 came just in time for the club to compete in the inaugural Premier League season, thanks to the resources and vision of owner Jack Walker. Walker was a local lad and determined to see Ewood Park host top-flight football again, as he would’ve seen during most of his early life. The late sixties marked the beginning of dark period for the club, with full back Keith Newton the last England international to play for the club until Alan Shearer’s transfer from Southampton to Lancashire.

Striker: Tommy Lawton
Naturally, most clubs have their periods in England exile ended when top-flight status is restored but Tommy Lawton’s surprising transfer from Chelsea to Notts County bucks that trend. As founding members of the Football League back in 1888, County spent the bulk of the Victorian era and early 1900s in the top tier, with their players featuring regularly in the England side.

However, following the recommencement of football following the Second World War, the Magpies were in the Third Division South and hadn’t supplied anyone to the Three Lions since 1925. That all changed when the club spent a fortune to sign prolific England striker Lawton in 1947, who continued to start for the national side for another two years despite playing in the lower leagues.

Striker: Rodney Marsh
Prior to the 1970s, only one QPR player had ever represented England, with the wonderfully named Evelyn Lintott making his international debut in 1908. Rodney Marsh was the second man from the Hoops to wear the Three Lions, although the mercurial striker only played once for his country whilst calling Loftus Road home, winning his other eight caps as a Manchester City player.