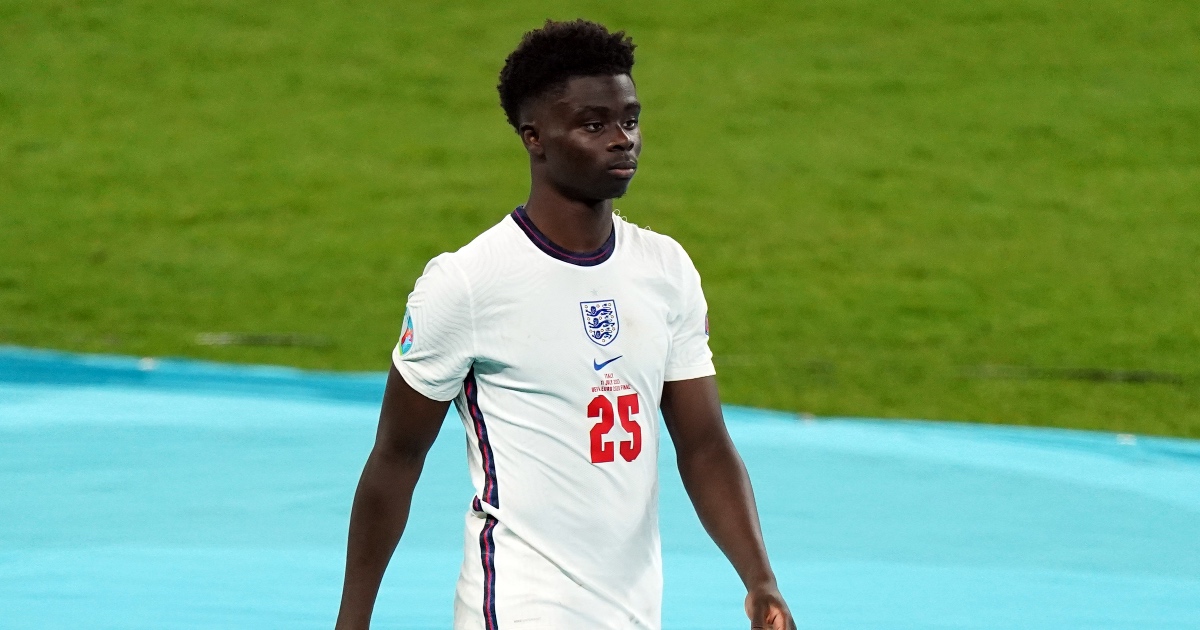 England midfielder Bukayo Saka has urged social media platforms to step up their efforts to stamp out racial abuse after being targeted in the wake of his Euro 2020 final penalty miss.

The 19-year-old Arsenal star saw his spot-kick saved by Gianluigi Donnarumma as Italy triumphed at Wembley on Sunday evening and was then sent sickening messages along with team-mates Marcus Rashford and Jadon Sancho.

Tielemans could be the ‘heartbeat’ amid Liverpool uncertainty

“I knew instantly the kind of hate that I was about to receive, and that is a sad reality that your powerful platforms are not doing enough to stop these messages.

“There is no place for racism or hate of any kind in football or in any area of society and to the majority of people coming together to call out the people sending these messages, by taking action and reporting these comments to the police and by driving out the hate by being kind to one another, we will win.

Saka’s miss ultimately proved decisive after Rashford had hit a post with his attempt and Donnarumma had saved Sancho’s effort as the Italians won the shoot-out 3-2, with the sides level at 1-1 following extra time.

Saka added: “There are no words to tell you how disappointed I was with the result and my penalty. I really believed we would win this for you.

“I’m sorry that we couldn’t bring it home for you this year, but I promise you that we will give everything we’ve got to make sure this generation knows how it feels to win.

“My reaction post match said it all, I was hurting so much and I felt like I’d let you all and my England family down.

“But I can promise you this… I will not let that moment or the negativity that I’ve received this week break me.”