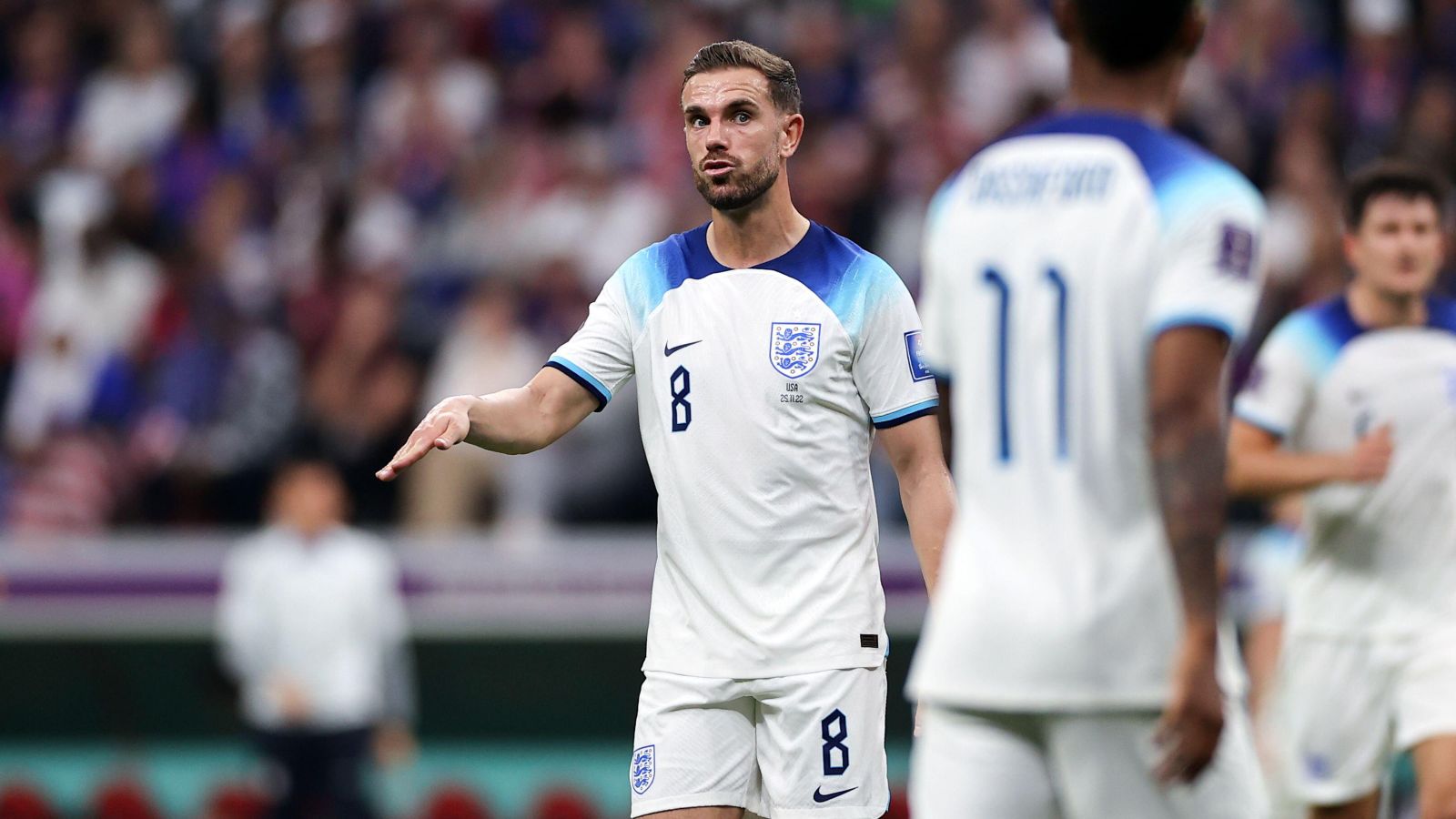 The Liverpool centre-midfielder came into the starting eleven on Tuesday night as England faced Wales in their Group B finale.

Foden, Marcus Rashford, and Kyle Walker also came in as Gareth Southgate freshened up the team.

This felt like a wise decision as England’s midfield three of Mason Mount, Jude Bellingham and Declan Rice were outworked by the United States in the goalless draw last week.

The Three Lions fared better against Wales as they ran out 3-0 winners to secure top spot in their group.

Foden got on the scoresheet either side of Rashford’s brace for England. The Man Utd forward netted a goal of the tournament contender with their opener as his free-kick flew into the net past Wales goalkeeper Danny Ward.

Henderson was the experienced man in the middle of the park for England against Wales and is a great leader for Liverpool.

He tends to ask a lot of his team-mates and ex-West Ham United striker Dean Ashton was taken aback by the “loud” instructions he was giving to Foden.

“He’d do my head in to play with him [because he shouts so much]!” Ashton told talkSPORT.

“We had great seats, and he was right there, and he was absolutely screaming at Phil Foden at times, both good and bad.

“If he didn’t quite close down enough, he screamed at him. When he did close down, it was so loud.

“Sometimes we can lack that, with that slowness he’s the one trying to lift everybody, to get them going.

“I probably wouldn’t enjoy playing with him because of that, but it’s great to watch, and I like to see it from an England player.

“He’s got that real passion, he doesn’t want this to settle, he doesn’t like this tempo, and he was trying to gee the lads up.”

Bellingham returned to form against Wales and he is on track to be one of the best young players at the 2022 tournament.

“He was fabulous in spells, just the cameos he put together,” Ferdinand told BBC.

“The skills that he has, his presence on the pitch at 19-years-old, spinning and pirouetting, it was beautiful.

“At times he plays with an experience that goes beyond his years. He’s somebody who right now, other players are looking at to do things and to produce moments in the game.”