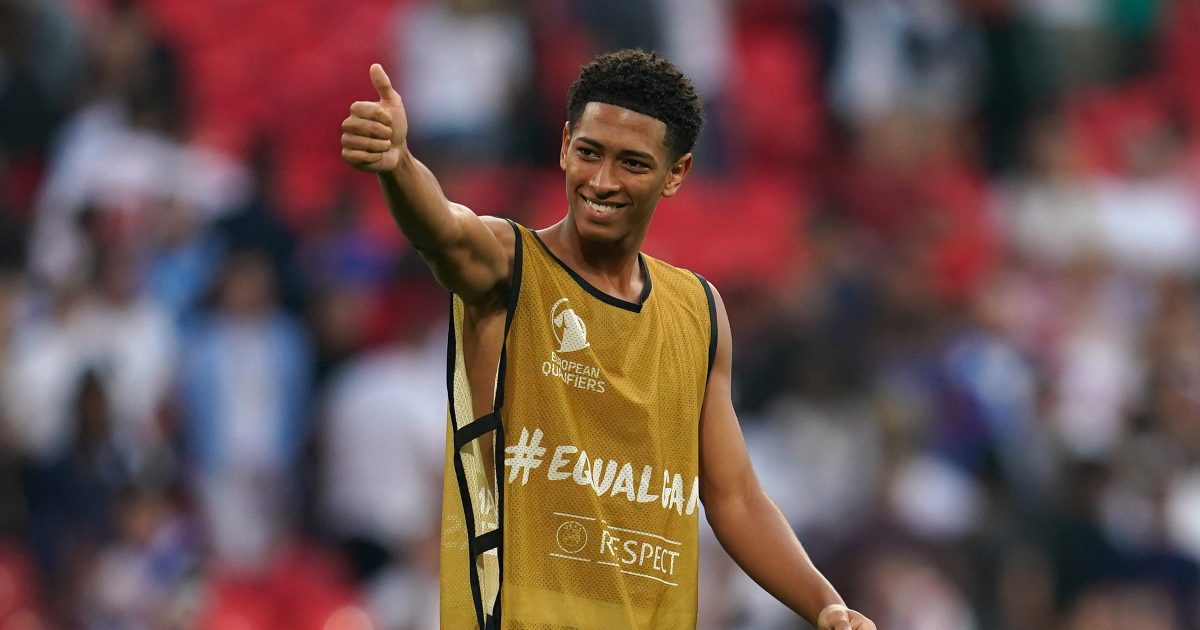 Bellingham made his debut in senior football with Birmingham City in the Championship when he was 16 years old.

The midfielder shone for his boyhood club and this led to him being linked with a move to Man United.

Borussia Dortmund won the race to sign him, though. He joined the Bundesliga outfit for around £25m in July 2020.

Bellingham was a mainstay for Dortmund last term. He impressed in the Champions League as he racked up 46 appearances across all competitions.

The midfielder was part of Gareth Southgate‘s England squad for Euro 2020. He has now been capped eight times for The Three Lions.

Jurgen Klopp has reportedly identified Bellingham as his “top target” for Liverpool. The 18-year-old is valued at around £80m by Dortmund.

Agbonlahor has insisted that Bellingham would cost the Premier League side “a lot of money” in an interview with Football Insider:

“I’m sure it’s going to cost them a lot of money.

Earlier this week, Agbonlahor suggested that Liverpool’s hopes of winning the Premier League have been dented with them not signing a new forward.

He believes that they should have brought in someone to replace Roberto Firmino:

“They will be in a race, but for me, they won’t win it. They have missed out this transfer window by not bringing in another attacking player.

“Firmino’s strike rate is worse than mine, and that’s saying something. He is injured now.

“If one of [Diogo] Jota, [Sadio] Mane or [Mohamed] Salah gets injured, two of them are going to the Africa Cup of Nations, so you need better squad depth.”