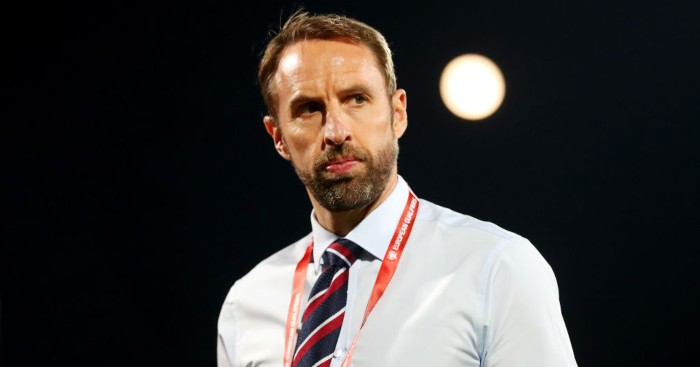 The England players reportedly wanted the Raheem Sterling and Joe Gomez bust-up kept in house and believe it was an over-reaction to axe Sterling from England’s qualifier against Montenegro.

England boss Gareth Southgate tissued a public statement after Sterling’s flare-up with Gomez at St George’s Park on Monday, which has drawn a 456 word statement from Rio Ferdinand questioning the England manager’s decision.

Members of the England squad believe Southgate’s decision to issue a public statement is wrong, and that the manager has effectively thrown Sterling under the bus, reports The Mirror.

Sterling left the training base briefly after the debacle because he was so upset but soon returned when Liverpool and Henderson stepped in to play peacemaker.

Despite both players insisting they have made up and the row was over very quickly, Southgate shocked the players by deciding not to pick Sterling.

Southgate held a team meeting and made it clear that he was not willing to leave it at an apology and move on as most players expected him to do and the FA took the unusual step of deciding to put out a statement.

The FA stated it was important to stop “club rivalries” and then explained that was why Sterling would not be picked as feelings were still “raw.”

But the feeling from some players is that Sterling has been thrown under the bus and it was harsh treatment against a popular and experienced member of the group.

Players feel such rows and flare-ups happen at club level on a regular basis and there is a feeling that it was weak management on Southgate’s part, who they suggest should have been able to move on from the row.