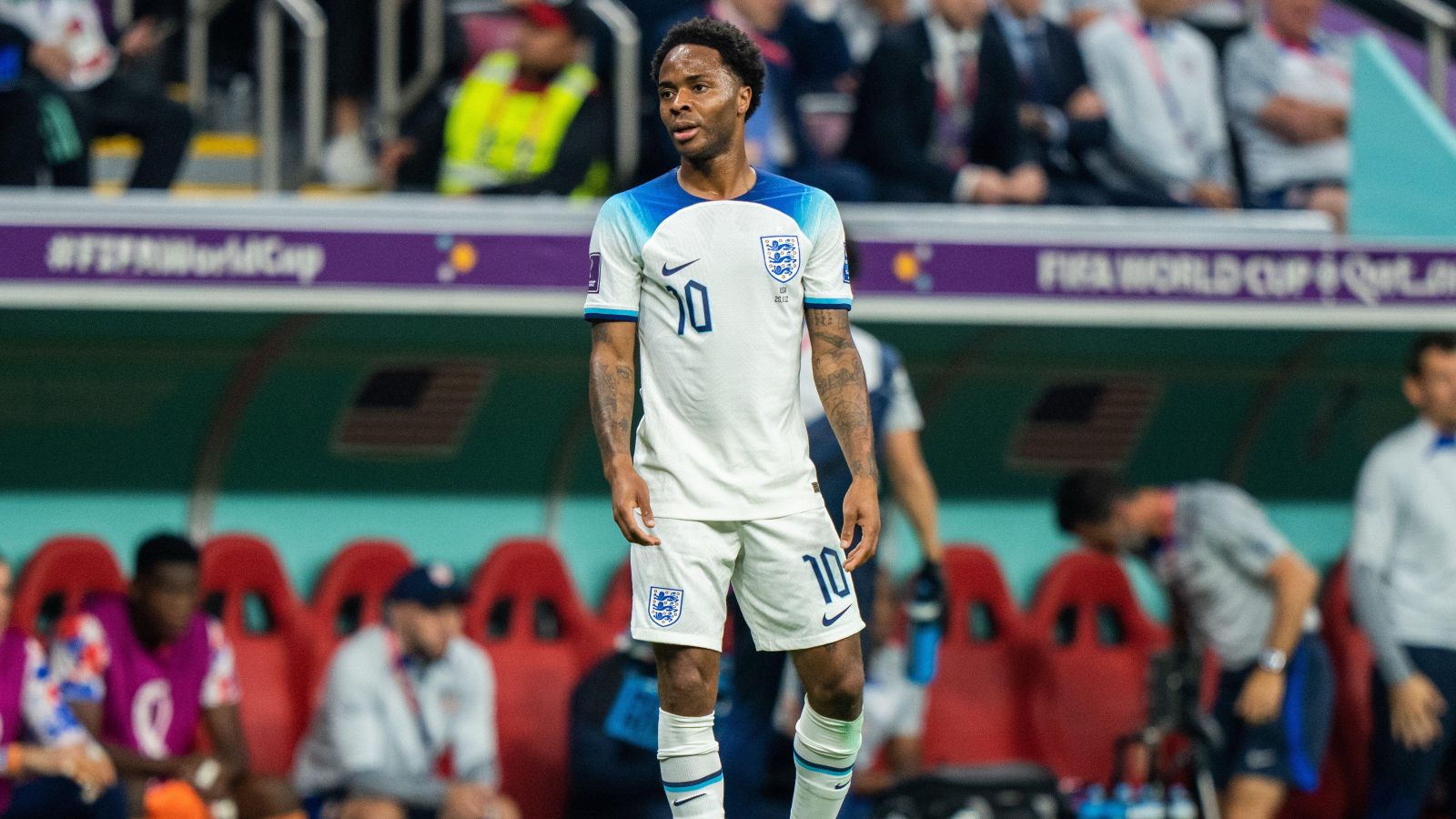 England winger Raheem Sterling will not return to the World Cup until he can be sure his family are ‘safe’ after a robbery at his home.

Armed intruders broke into his house on Saturday night with Sterling returning home from England duty to make sure his family are protected and safe.

And The Sun claim that Sterling is currently assisting Surrey Police with their investigation into the incident and insist that he will only return to the World Cup when he can guaranteee their safety.

A source told The Sun: “Raheem has told everyone, ‘There is no way I’m going anywhere unless I’m 100 per cent sure that my family can be kept safe’.

“He is security conscious and part of the reason they moved into the property was that it is on a very exclusive estate, with regular security patrols.

“Despite this, he has still managed to be targeted, which is very upsetting for Raheem and Paige. They have just moved back to London and want to feel safe.”

Harry Kane and England manager Gareth Southgate have shown their support for Chelsea winger Sterling and his family after the robbery.

Kane told reporters: “With Raheem and his family, a private matter, but never easy seeing one of your team-mates and friends having to deal with something like that.

“The most important thing is Raheem makes the right decision for him and his family.”

Southgate added: “The priority at the moment is family. We will support that and give him as much time as he needs.

“At the moment it is a situation he needs time with his family to deal with.

“I don’t want to put him under any pressure with that. Sometimes football isn’t the most important thing and family comes first.”

England will face France in the World Cup quarter-finals after overcoming Senegal 3-0 in the Round of 16 – but Luke Shaw thinks they would be foolish to just concentrate on Kylian Mbappe.

“Obviously after his performance (against Poland) there’s going to be even more chat about him but we know he’s a world-class player,” Shaw said.

“I think it would be very naive of us to focus purely on him. They’re reigning world champions for a reason and we need to focus on them as a whole team.

“They have brilliant players over the whole pitch so we’re not going to fully focus on him, but it’s an amazing tie to be involved in and that’s why we’re here.”