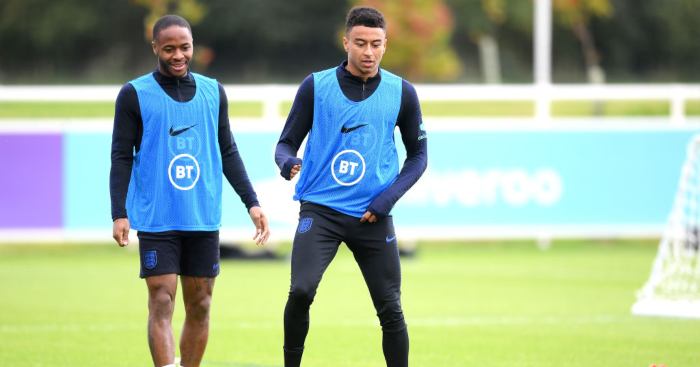 England midfielder Jesse Lingard missed the training session ahead of the Euro 2020 qualifier against Bulgaria at St George’s Park due to a minor illness.

A Football Association spokesman told the PA news agency that the Manchester United player had been kept away from the rest of the team as a precaution, but was still hopefully available for selection for Saturday’s match at Wembley.

A back problem has already ruled out Lingard’s United team-mate Aaron Wan-Bissaka.

Meanwhile, Mason Mount has been explaining how he has been leaning on former England midfielder Frank Lampard for advice and is revelling in the experience as he approaches a possible landmark weekend in his career.

“After training we do some finishing sometimes, talking to him every day especially after games on what I can do better and where I can make runs to get into the box,” Mount said.

“I am always speaking to him and trying to learn every day, but mostly after training doing finishing. There is no better person to learn from than him.

“Having one or two chats with him (about the call up), he said it’s obviously such a proud moment playing for your country, just go and enjoy it.

“It’s such an exciting time in English football and he just said go there and enjoy playing football for England.”