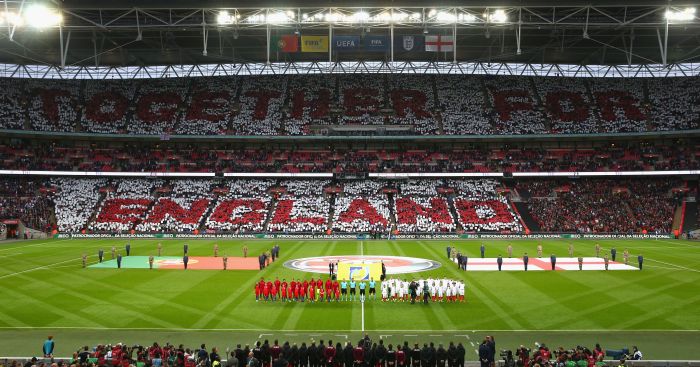 England will host Spain in a glamour friendly on November 15 at Wembley.

Allardyce cancelled a proposed friendly date to start his reign, with Croatia and the Czech Republic mooted as potential opponents, and will instead begin his tenure with arguably England’s toughest 2018 qualifier away in Slovakia.

Spain’s visit also completes a turbulent 2016 for the Three Lions, which will be remembered for their surrender against Iceland in the last 16 of the European Championship and Roy Hodgson’s resignation.

Spain, who have a new boss of their own in Julen Lopetegui, beat England 2-0 in Alicante in November 2015 but lost on their last visit to Wembley, Frank Lampard sealing a 1-0 home win.