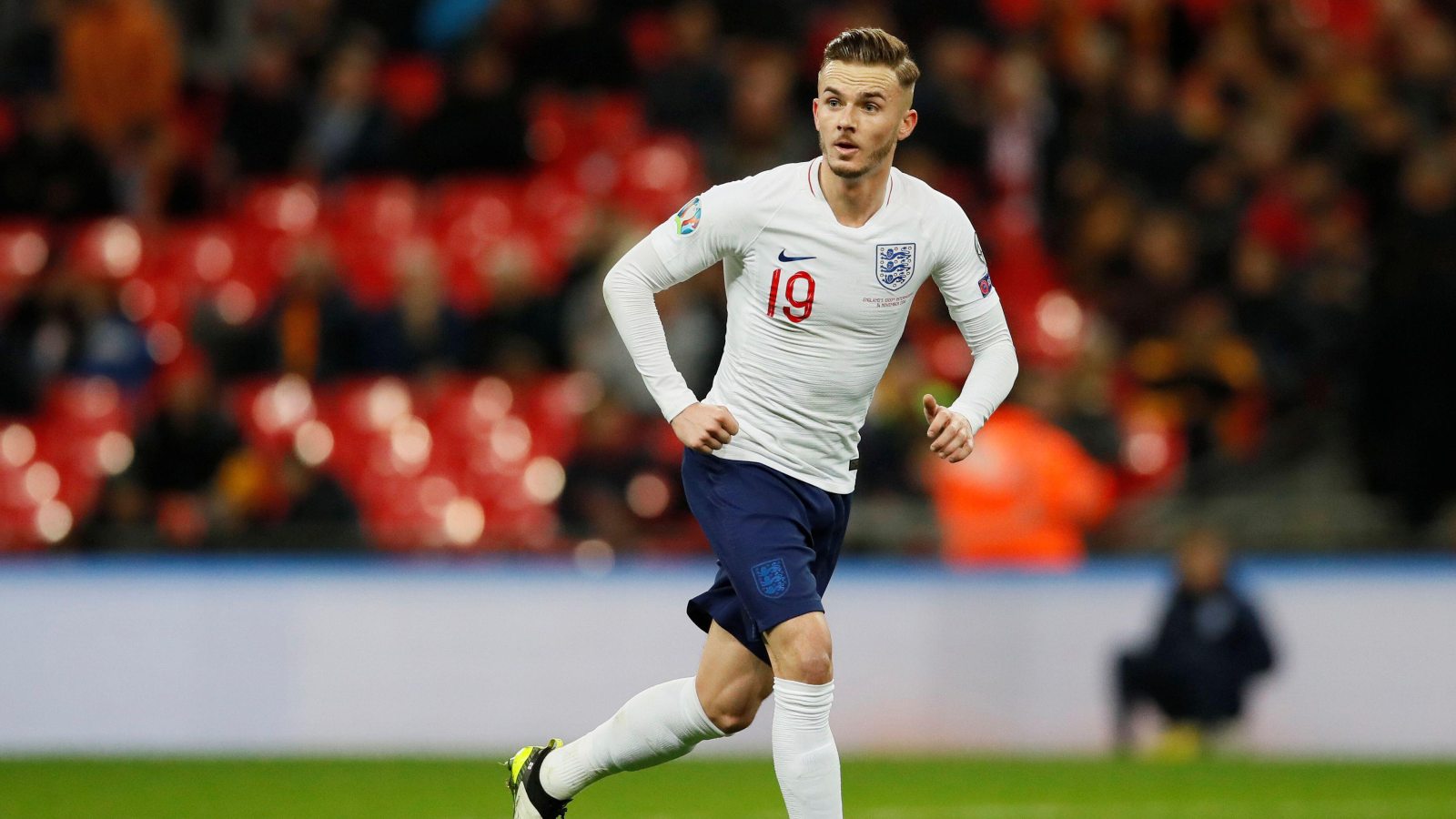 Andy Cole and Darren Bent must feel aggrieved and Ivan Toney will hope not to follow in the non-existent England footsteps of Grant Holt.

“I have always said who to leave out would be the most difficult decision of my footballing life,” said England manager Terry Venables in May 1996, announcing his squad for the upcoming European Championships. It featured a mix of exuberant youth – Phil Neville was the youngest member at 19 – with vast experience provided by Stuart Pearce (34), David Seaman (32) and Teddy Sheringham (30). Thirteen of the 22-man squad had ten caps or less.

Venables’ most difficult decisions were to drop Rob Lee and Dennis Wise from his squad, but also to choose which of his in-form strikers to rely on for a first major international tournament on home turf for 30 years. The top four English scorers in the 1995/96 Premier League season made the cut, but Ian Wright and Chris Armstrong, who both struck 15 goals in north London that season, missed out. And not just on that Cathay Pacific flight.

If you ever doubted the maverick managerial qualities of Glenn Hoddle, consider his England squad selection for the 1998 World Cup. Of the top five English goalscorers in the 1997/98 Premier League season, only Michael Owen made his final 22.

His other three strikers were an injury-ravaged Alan Shearer, who had scored just two goals in 17 games for Newcastle, as well as Les Ferdinand (5 goals in 22 games) and Teddy Sheringham (9 in 31). They had scored fewer Premier League goals combined than Owen that season; it was quite the goalscoring burden to place atop the 18-year-old’s shoulders.

Chris Sutton ended his own chances by turning down the opportunity to play for England B, while Dion Dublin got the nod over Andy Cole for Hoddle’s 30-man provisional squad. “Ian Wright and Michael Owen are in a similar mould to Andy Cole, but Dion Dublin can give us other options,” was the manager’s explanation for Cole’s omission, but Dublin joined him on the scrapheap when eight more players were cut. Including Paul Gascoigne, who took the rejection particularly well.

As one of only three Englishmen to score 30 Premier League goals in a tournament season, Kevin Keegan could hardly ignore Kevin Phillips. The Sunderland striker stayed on the bench for each of England’s three matches at Euro 2000, yet his mere presence in Belgium and the Netherlands was just reward for a remarkable campaign with Sunderland.

With Michael Bridges justifiably dismissed as an unrealistic squad candidate, Cole ruled out with a toe injury and Armstrong criminally overlooked once again, Shearer was the only other top-scoring Englishman to make the squad. Owen (11 goals in 27 games), Emile Heskey (10 in 35) and Robbie Fowler (3 in 14) duly joined him.

With Shearer’s international retirement after Euro 2000, England were forced to experiment a little with their forwards for the 2002 World Cup. Owen was an inevitable choice for Sven-Goran Eriksson, while Fowler was picked after reigniting his goalscoring form upon leaving Anfield for Leeds. Heskey (9 goals in 35) booked a seat on the plane again, while 36-year-old Sheringham (10 in 34) joined 21-year-old Darius Vassell in South Korea and Japan. Cole was ignored for a third straight tournament; Michael Ricketts was robbed.

Shearer continued to expertly tease England by being the country’s top Premier League goalscorer in a tournament year during his international retirement. Six other players reached double figures for goals in the league in the 2003/04 season, but the only one other than Owen to make Eriksson’s final squad was Chelsea midfielder Frank Lampard (10 goals in 38 games). James Beattie, Phillips and Ferdinand were joined by Cole (11 goals in 34 games) in watching Wayne Rooney, Heskey and Vassell take the remaining three striking places. Now there’s an international tournament forward line.

Darren Bent was outscored by only Thierry Henry and Ruud van Nistelrooy in the 2005/06 Premier League season. When England manager Eriksson was asked how he came to the decision to omit both him and another young, in-form forward in Jermain Defoe, he simply replied:

“Probably not too logically. Sometimes you do it on feelings as well and I am excited about Theo Walcott.”

It was the inclusion of the uncapped Arsenal teenager that was the true curveball. Rooney and Owen were struggling with injuries so the only fully-fit forwards in the final England squad for the 2006 World Cup were Walcott and Peter Crouch.

Not so, according to Eriksson. “Joe Cole is a striker as well so in reality we have seven defenders, nine midfielders and five strikers – it is depending on how you use Joe Cole,” said the manager. And he did score that bloody brilliant goal against Sweden, to be fair. But 16 years on, it is difficult not to wonder what might have been with Marlon Harewood leading the line.

It turns out that Bent is the most unfortunate striker in England’s history. Four years after finishing behind only Henry and Van Nistelrooy in the Premier League goalscoring stakes before being overlooked for the 2006 World Cup, the Sunderland forward repeated the trick. Didier Drogba and Rooney were the only players to score more in the 2009/10 campaign, but Fabio Capello ignored his claims this time.

Bent had been named in the Italian’s provisional 30-man squad along with Walcott (3 goals in 23 games), but both made way for Heskey (3 goals in 31 games) and his glorious step over against Algeria in the group stages. Gabby Agbonlahor never stood a chance. He presumably retired on the spot.

“He hasn’t given anyone opportunities – people like Nathan Dyer and Danny Graham from Swansea didn’t even get a look in, but that’s life,” said Grant Holt in October 2012, describing Roy Hodgson’s decision to overlook him for the England squad for the European Championships just months before as “ridiculous”.

Hodgson waited four years to offer a reply, using the public clamour to pick Mark Noble in 2016 as a more recent example. “There is always a player or two or three that are in the news with many people thinking they should have been selected or are better than the ones I have selected. There is only space for 20 outfield players and I can’t unfortunately cap every player who is having a good season. Before it was Grant Holt so there is always someone.”

Norwich’s Holt may have felt aggrieved at the time, as might Swansea’s Graham, but at least Daniel Sturridge took his omission well. “I’m upset about it, but not too much,” was his response. He watched Andy Carroll (4 goals in 35), Walcott (8 in 35) and Danny Welbeck (9 in 30) score three of England’s five tournament goals as they reached the quarter-finals in Poland and Ukraine.

There was the decision to drop Ashley Cole for Luke Shaw, prompting the former’s international retirement. The call to only offer Michael Carrick a place on the standby squad was questioned, while just three of Hodgson’s final 23-man England squad had scored more than eight international goals.

“There were a number of decisions which were not easy to make,” said the manager at the time, but further forward, many were made for him. Seven of England’s top eight goalscorers in the 2013/14 Premier League were chosen, with Southampton’s Jay Rodriguez (15 goals in 33 games) the unlucky outlier. Although, considering their early exit in Brazil, perhaps he was the fortunate one.

Unlike Holt before him, Troy Deeney took the unlikely prospect of international recognition in his stride. “I do not want to be put in because I scored a burst of goals just before the Euros; I want it to be over the course of the season,” said the Watford striker, who ended the 2015/16 campaign with 13 goals in 38 games.

It was a respectable return, but England had a rare embarrassment of striking riches to choose from – remarkable when considering their actual performance at the tournament.

Harry Kane and Jamie Vardy were assured places next to Rooney, while Sturridge was always likely to be picked if his body could withstand the rigours of time and a slight summer breeze.

The fifth striker spot was pitched as a battle between Welbeck (4 goals in 11 games) and Walcott (5 in 28), with Defoe never considered a contender despite his Sunderland form. Yet even with an injury to Welbeck, Walcott was pipped by an inexperienced teenager; Marcus Rashford (5 in 11) had beaten him at his own game.

Gareth Southgate took the top three English scorers of the 2017/18 Premier League season to Russia and was rewarded with a Golden Boot and semi-final exit.

There was a predictable and ever so slight clamour for Glenn Murray to be taken. Joey Barton implored England to “look at the form of” Nick Pope, James Tarkowski, Lewis Dunk and the Brighton forward but yet again Southgate the hypocrite picked his favourites.

Rashford (7 goals in 35 games) and Welbeck (5 in 28) had their passports renewed instead. The latter played 11 minutes of a World Cup group-stage dead-rubber against Belgium and was matched by Junior Stanislas (5 in 19) and Crouch (5 in 31), while being outscored by Dwight Gayle (6 in 35) in the Premier League that season.

“Danny and Patrick Bamford have had very good seasons and I’ve said that before. We didn’t see any reason to change those positions,” Southgate noted of his provisional Euro 2020 squad, bringing Ings (12 goals in 29 games) into the conversation.

Watkins was one of the seven players cut from the initial 33 for the tournament, along with Jesse Lingard (9 in 16). Room had to be made for four right-backs, to be fair.

Premier League/Serie A goals scored since start of 2022.

James Maddison is the name at the centre of The Clamour ahead of the England squad being announced on Thursday, with many pointing out that he has outscored almost all his natural rivals for an attacking midfield role.

As far as strikers go, Ivan Toney and Tammy Abraham would appear to be in the box-seat to be back-ups to Kane, who is genuinely the only man on this list pretty much guaranteed his place.