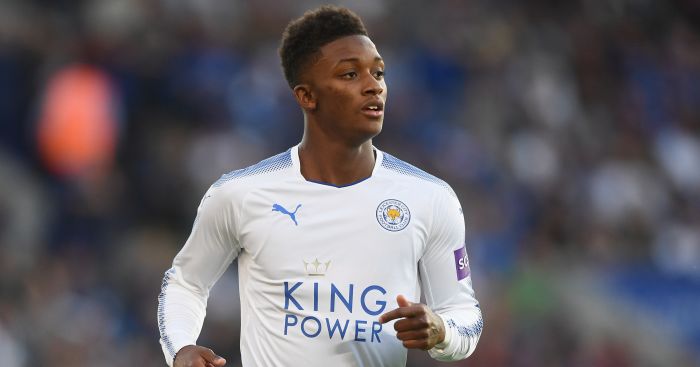 The 21-year-old had been in talks over a fresh deal for months and has finally penned a deal until 2021, the club announced on Thursday.

Gray scored his first Premier League goal for over a year in Sunday’s 2-0 win over Everton – Claude Puel’s first game as Foxes manager.

Gray confirmed a deal was close earlier this week and capped the announcement by also being named in the England Under-21 squad.

He told LCFC TV: “I’m very happy. Now I just want to kick on and keep doing what I’m doing. I want to be starting games and, for me to be doing that, I have to work hard in training.

“As a whole, we’re a good group and we have a good dressing room. Now I want to get my head down and keep kicking on for the team.

“For me personally, it’s now about developing as a player and the rest will take care of itself.”

Gray helped Leicester win a shock Premier League title in 2016 after signing for £3.5million from Birmingham that January.

But he had been frustrated with a lack of game time under former managers Claudio Ranieri and Craig Shakespeare after struggling to get past Riyad Mahrez and Marc Albrighton.

He made just his 12th league start in 20 months on Sunday, having come off the bench 39 times – more than any other Leicester player since he joined.

The Foxes go to Stoke on Saturday 11th in the Premier League with Gray giving new boss Puel a further boost after he joined as manager last week.

Puel said: “It’s good news. He was impressive (on Sunday) and he is a good player, I know him and saw him with the England Under-21s.

“Now it’s important to confirm and to stay at this level. It’s the most important thing and the most difficult. The contract was discussed with the club and he’s signed and it’s important to respect and see different young players because he’s the future of Leicester.

“It’s very interesting to give him some opportunities to play. It’s always difficult to perform at this level and we’ll see in the future.”

Puel will assess Ben Chilwell (knee) while he is without Robert Huth (ankle) and Matty James (Achilles) against Stoke.