Home All The News Paris terror strikes push sport aside 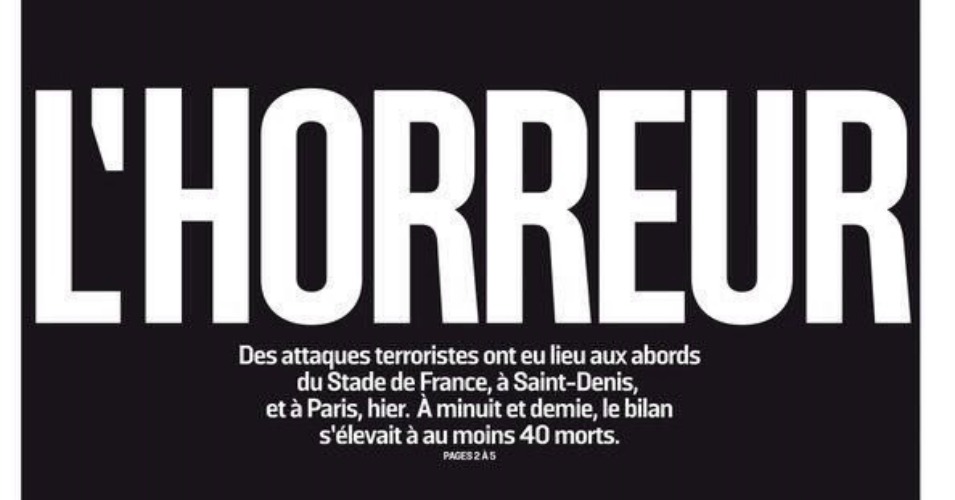 England’s football friendly international with France at Wembley on Tuesday is in doubt following the terrorist attacks in Paris on Friday which left at least 128 people dead.

France declared a national state of emergency and closed its borders after at least six attacks were reported across Paris, including near the Stade de France, where Les Bleus were playing Germany.

There were reports that following the game, the Germany team spent the night at the stadium before returning home on Saturday morning.

The doubt over the England game comes after Glasgow Warriors’ Champions Cup game with Racing 92, due to be played in Paris on Saturday afternoon, was postponed.

The Football Association will speak to the French Football Federation (FFF) on Saturday about the Wembley fixture.

”It is a very serious and tragic matter,” an FA spokesman said. ”If there is any update on the match on Tuesday we will announce in due course.

”We will liaise with the French Football Federation over the weekend. The FA sends its deep condolences to the victims of this tragic event.”

When asked whether the match was likely to be cancelled, FFF media officer Philippe Tournon told Press Association Sport: ”No decision has been made.”

FFF president Noel Le Great said in a statement: ”The French Football Federation shares the emotion that shakes the nation following the tragic events of Friday in Paris and around the Stade de France.

”The FFF shares the grief of the bereaved families and relatives.”

The FFF later confirmed it had cancelled a France press conference and open training session scheduled for Saturday. The French will train behind closed doors at their Clairefontaine base instead.

The attacks raise serious concerns about fans’ safety at Euro 2016, which is being held in France.

Le Great told L’Equipe: ”For the Euro, there was already a big worry. Today it’s obviously even stronger.”

A number of players took to social media to express their dismay at the attacks.

England defender Chris Smalling tweeted: ”Puts everything into perspective when such tragedies happen. Thoughts and prayers are with all the people in Paris #PrayForParis.”

Manchester United striker Anthony Martial and Chelsea defender Kurt Zouma tweeted the ‘Pray for Paris’ image that was shared by many on social media outlets after the attacks.

The Football Association of Wales and the Welsh Government released a joint statement after calling off a reception to mark the team’s qualification for Euro 2016.

It read: “A planned First Minister’s reception for the Welsh football team has been postponed today as a mark of respect for those who lost their lives and were injured in the Paris attacks.

“Both the FAW and the Welsh Government stand by the people of France as they come to terms with last night’s terrible events.

“Today’s reception was scheduled to recognise the Welsh team’s fantastic achievement in reaching the Euro finals to be held in France next year.”

Northern Ireland’s Under-21 side flew out of Paris on Friday afternoon following a game against France.

IFA chief executive Patrick Nelson told Press Association Sport: “Firstly we were shocked, as everyone will be. We heard about it midway through the second half of our match (against Latvia) and saw the news unfolding. Our thoughts, sympathy and prayers are with everybody who has been caught up in the incidents in Paris.”

European football’s governing body UEFA issued a short statement on Saturday morning which read: ”UEFA is deeply shocked and saddened by the tragic events which occurred in Paris last night and wishes to express its support and solidarity to France and to those affected by these horrible acts.”

Glasgow Warriors released a statement which read: “This afternoon’s European Rugby Champions Cup match against Racing 92 has been postponed due to the tragic events in Paris last night.

“Our thoughts go out to everyone affected. We expect more information later today about when this game will be played.”

European Professional Club Rugby (EPCR), organisers of the Champions Cup and Challenge Cup competitions, said all clubs have been asked to observe a minute’s silence before games in both tournaments this weekend.

In a statement, EPCR said: “EPCR extends its sincerest sympathies to everyone affected by the Paris attacks, and as a mark of respect, all clubs competing in this weekend’s Champions Cup and Challenge Cup fixtures have been asked to observe a minute’s silence before the games kick off.”

The Football League announced via its official Twitter account that a minute’s silence would be observed before all of its games in Leagues One and Two on Saturday and Sunday as a mark of respect.

It tweeted: “A minute’s silence will precede all matches this weekend following the tragic events of the #ParisAttacks.

“The silence is a mark of respect to those that lost their lives last night & as a show of solidarity with the people of France #ParisAttacks.”

UEFA announced that all of its matches in the Euro 2016 play-offs, Under-21 Internationals and Under-19 Futsal Cup over the coming days would see players wear black armbands and a minute’s silence would be observed.

Worcester Warriors confirmed the European Challenge Cup game with Rochelle at 3pm on Saturday would go ahead after consultation with the French side.

A statement from Worcester read: “Following the tragic events in Paris on Friday evening both sets of players will wear black armbands, while Sixways will also observe a minute’s silence before kick-off.”

Two horseracing fixtures in the Paris region – Saint-Cloud on Saturday and at Auteuil on Sunday – have been cancelled.

Compiegne racecourse, which is around 55 miles away from central Paris, still intends to hold its fixture on Saturday.

Reports in French media indicated further cancellations could be possible next week.