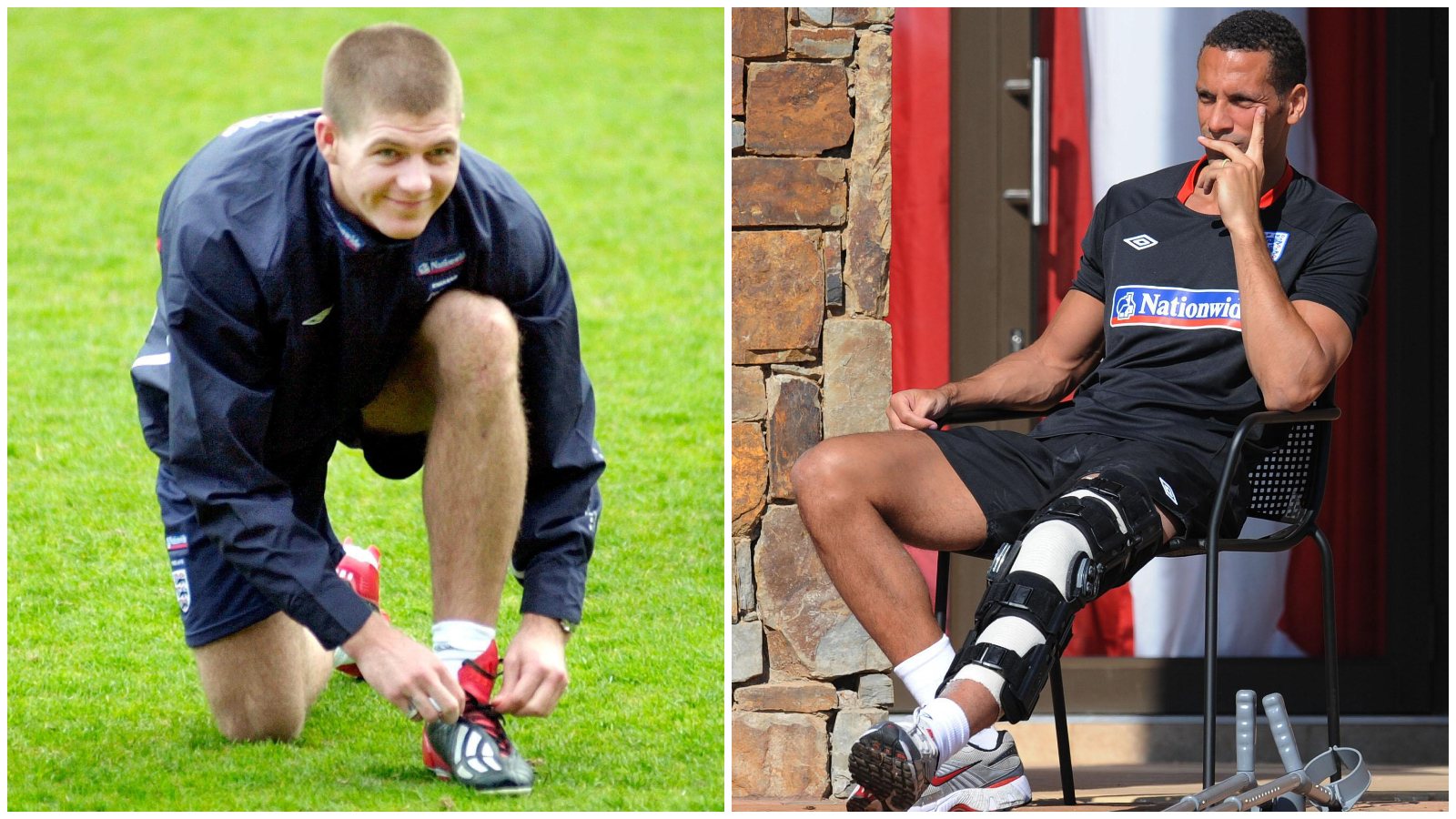 Ben Chilwell will miss the World Cup and Reece James is struggling. The Chelsea pair are in good company among big names who’ve missed major tournaments.

Goalkeeper: David Seaman
A penalty-saving hero for England 25 years ago at Euro ’96, Seaman’s first taste of tournament football at international level came at the 1990 World Cup. The Yorkshire-born ‘keeper was picked by Bobby Robson as a back-up to long-term number one Peter Shilton. However, Seaman returned home on the eve of the Three Lions’ group game against the Netherlands after suffering a thumb injury, with Chelsea’s Dave Beasant taking his place. If you fancy a goalkeeper challenge, try naming the third choice ‘keeper who pulled out of Roy Hodgson’s Euro 2012 squad.

Right-back: Lee Dixon
Another member of Arsenal’s famous five didn’t go off to camp with England, with Dixon pulling out of the Euro ’92 squad due to a knee injury. Dixon ended his career without ever playing at a major international tournament, having missed out on a place in the 1990 squad before losing his spot to fellow Mancunian Gary Neville come Euro ’96.

Centre-back: Rio Ferdinand
Ferdinand was set to captain England at the 2010 World Cup in South Africa but was forced to withdraw after damaging his knee ligaments in training. Michael Dawson was called up from the reserve list to replace the skipper and experienced his first and only international tournament, whilst Ferdinand never played at another World Cup or European Championship again – something he won’t thank John Terry for.

Centre-back: Mark Wright
A thigh complaint almost ruled Wright out of the 1990 World Cup, but the Derby County defender went on to score a vital goal against Egypt in the group stage to ensure the Three Lions progressed to the knockout phase. However, Wright was not so lucky six years later, as a knee injury prevented him from featuring for his country on home soil.

Left-back: Rob Jones
Former Liverpool star Jones will have to fill in on the left for this side, after pulling out of the Euro ’92 squad due to shin splints. The woefully-undercapped Jones never got the chance to represent England at a major tournament and his withdrawal, along with injuries to Dixon and Gary Stevens, resulted in Graham Taylor using Keith Curle as a makeshift right-back.

Defensive midfield: Gareth Barry
Barry holds the record for Premier League appearances, but the former Aston Villa skipper failed to appear for his country at Euro 2012 after picking up a groin injury in a pre-tournament friendly against Norway. Another former Villa midfielder is also eligible for this side, with Fabian Delph pulling out of the Euros in 2016.

Right-wing: Ray Parlour
Arsenal hero Parlour missed out on England’s disappointing Euro 2000 campaign, after injury ruled him out of contention for the trip to Belgium and the Netherlands. Famously fouled in the box by Phil Neville late on in the epic 1999 FA Cup semi-final clash between Manchester United and Arsenal, Parlour would’ve watched England crash out of the tournament due to another rash Neville challenge against Romania in the final group game. Ional Ganea scored the spot-kick that sent his country through at the expense of their more illustrious opponents.

Attacking midfield: Steven Gerrard
A member of six England squads at major tournaments, Gerrard only missed out on one trip with the Three Lions during his long international career. Despite being picked for the World Cup in Japan and South Korea in 2002, the Liverpool legend had to pull out after a recurrence of a groin problem on the last day of the Premier League season. Club team-mate Danny Murphy took his place, but he also had to withdraw in the year when everyone figured out where the metatarsal is.

Attacking midfield: Frank Lampard
Refusing to be outdone by Gerrard when it comes to everything England, Lampard managed a withdrawal of his own ten years after his Three Lions colleague/rival. The Chelsea star had, of course, just led his team to Champions League success but an injury in training forced him to miss Euro 2012, with a young Jordan Henderson taking his spot to experience a first international tournament.

Left-wing: John Barnes
Forever an England enigma, Barnes often failed to replicate his stunning domestic form on the international stage. However, with Chris Waddle out of the reckoning for Euro ’92, Graham Taylor was desperately short on the type of flair Barnes could provide. Unfortunately, a devastating Achilles tendon injury in a warm-up game against Finland ruled the Liverpool winger out of the tournament and severely hampered the Three Lions’ chances of success in Sweden.

Striker: Ian Wright
Andy Sinton took Barnes’ spot in ’92, whilst fellow reserve Wright stayed at home despite finishing the 1991-92 season as the leading goalscorer in the top-flight. It looked as if tournament football would pass Wright by, but the London-born striker made Glenn Hoddle’s provisional 1998 World Cup squad in his mid-thirties. The Arsenal legend played a crucial role in helping the Three Lions qualify but injury ultimately scuppered his chances of a trip to France.