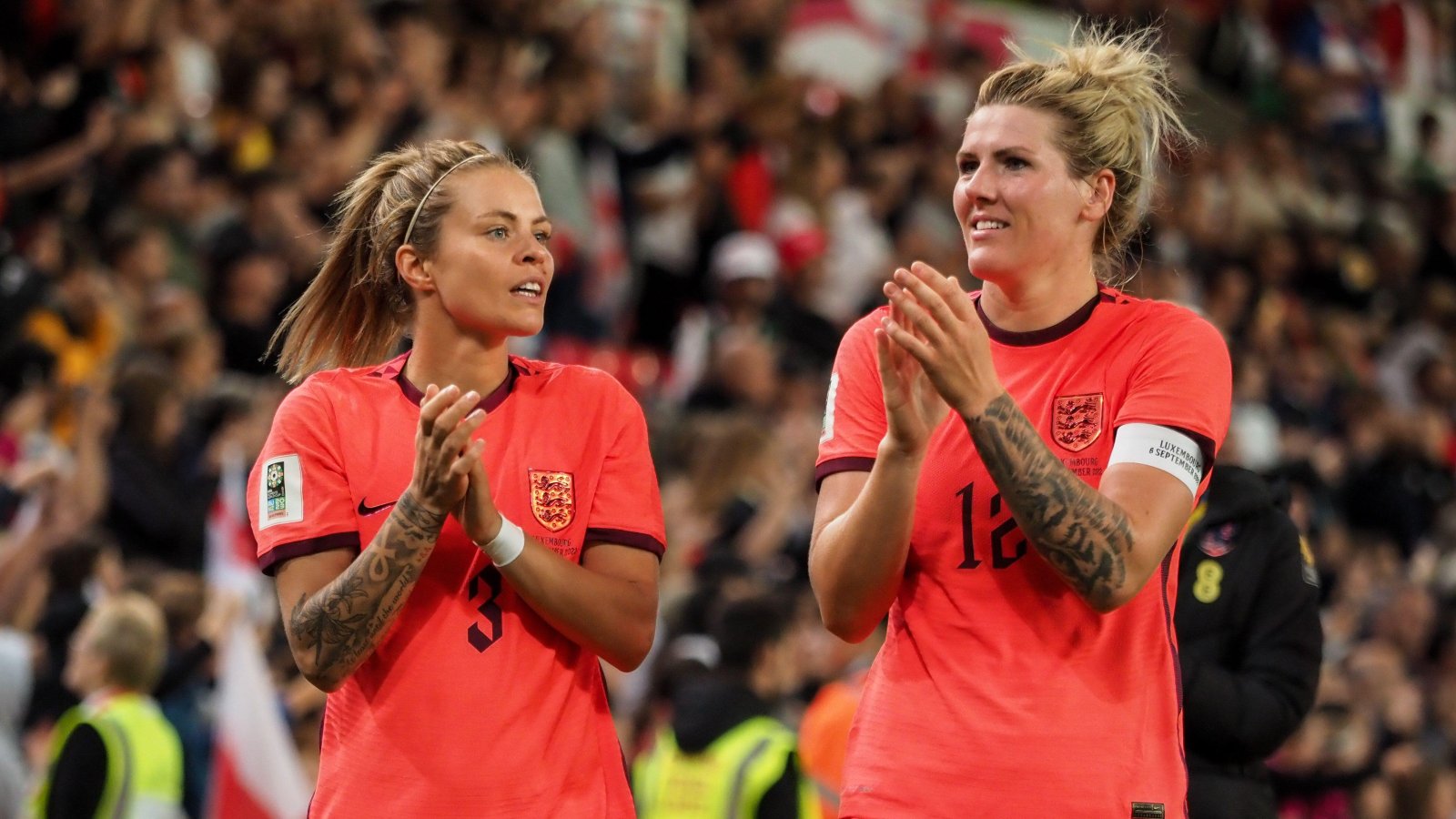 England women are back in international action this week, with a pair of friendlies against the United States and the Czech Republic.

The Lionesses take on the USWNT at Wembley on Friday, with tickets for the heavyweight clash selling out in 24 hours. They then return to Brighton – home of two of their most memorable nights at Euro 2022 – on Tuesday to take on the Czech Republic.

What questions need asking during the October international break? Let’s take a look…

Who will lead the line?
It’s been the big question ever since England’s all-time top scorer Ellen White announced her retirement in August: who is England’s new first-choice number nine?

Having been used from the bench to devastating affect at Euro 2022, Alessia Russo was the favourite to step into White’s shoes. She started both of England’s post-Euros World Cup qualifiers, but has withdrawn from the October squad due to injury. Beth England is yet to start a match for Chelsea this season and has not been selected, meaning the Lionesses are without all three of their strikers from their Euro 2022-winning squad.

Ebony Salmon and Lauren James as the only two out-and-out centre forwards called up by Wiegman for the October camp; the youngsters are both enjoying strong domestic seasons, but have just two senior England caps between them.

Could Wiegman turn to Rachel Daly? The 30-year-old has spent the bulk of her club career operating as a striker, but has largely been utilised as a full-back for her country, particularly under Wiegman.

There are alternative options for Wiegman should she opt to experiment; Fran Kirby, Beth Mead and Nikita Parris all had spells as central strikers earlier in their careers, but have since moved out wide or into deeper central roles.

And lest we forget Millie Bright…

Greenwood began life as an attacking left-back, but has operated at centre-half for club and country for the past two seasons. She had been expected to start in the heart of the backline during the Euros, prior to Leah Williamson being moved back into defence to partner Millie Bright. Greenwood was preferred to Daly in England’s decisive World Cup qualifier against Austria in September, but injury to Williamson could mean she is shifted back to centre-back this camp.

The forever dependable Demi Stokes is the only player in the squad who can claim to be a left-back for both club and country. She featured heavily in World Cup qualifying, but was one of three outfield players who did not play a minute at Euro 2022.

The versatile Jess Carter operated across a back four and back five for Chelsea last term and is one of the strongest one-v-one defenders in the England squad. However, she is yet to start for Chelsea this season and saw limited minutes at the Euros.

The Rachel Daly conundrum
Daly has featured here, there and everywhere for England: out wide, as a central striker, right-back and left-back. She has played her club football as a forward for the bulk of her career – with a proud history of scoring plenty of goals against US opposition in the NWSL for Houston Dash – but when starting for England under Wiegman, it has almost exclusively been at full-back.

The 30-year-old started all six Euro 2022 matches at left-back and – bar a tough second half against Spain in the quarter finals – thoroughly impressed.

Daly has begun life at new club Aston Villa with a bang, netting four goals in three appearances. With England’s slight striker shortage, could she be given the nod up top over the next two friendlies?

Will youth be given a chance?
Given Wiegman took the reins at England just 10 months before Euro 2022, she has rarely had the chance to properly experiment with her side. Every fixture and friendly was geared towards building and perfecting her squad, team and tactics ahead of the Euros. She is famously unsentimental, and refuses to hand out caps just for the sake of it – even when England hit double figures against lower-ranked opposition in World Cup qualifying.

With the October break consisting exclusively of friendlies, the Czech Republic fixture in particular could offer Wiegman the chance to take a look at players who have rarely featured during her tenure.

Youngsters Ebony Salmon and Lauren James could be in line for game time, and with Alessia Russo the favourite to be promoted to starting striker ahead of the World Cup, Russo’s super-sub role is now vacant. With Salmon’s electric pace and finishing ability and James’ flair and ability to change the game with a flick of a switch, they are both strong options off the bench.

Fellow youngsters Jess Park and Esme Morgan could be handed their international debuts – the former has received her maiden senior call up this camp, while the latter is back in the squad after a 10-month injury layoff.

Just how good are England?
After being crowned European champions in the summer, England’s attentions now turn to the World Cup. Just how will they fare in Australia and New Zealand?

The World Cup is not going to be won or lost at Wembley on Friday evening when the Lionesses take on the USWNT, but it could offer a tantalising taster of what to expect.

The USWNT are the heavyweights of women’s football, and the Lionesses traditionally go into clashes with them as underdogs. Being underdogs when you’re European champions and playing at Wembley in front of a packed-out home crowd is a hard sell. Friday’s fixture promises to be a fascinating test of both sides’ credentials.

READ NOW: Five reasons this could be the best WSL season ever after Euro 2022 giddiness