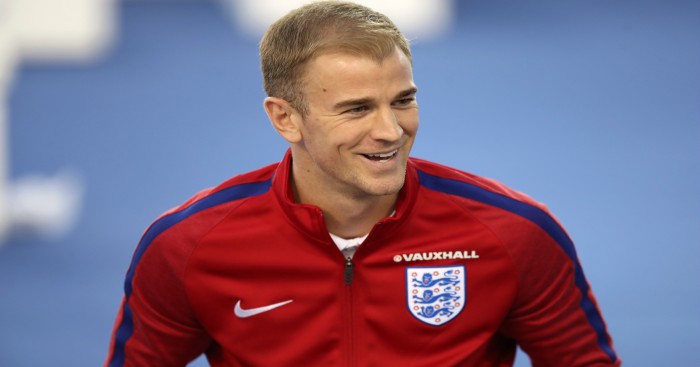 Harry Kane poked home Kyle Walker’s cross in the fourth minute of stoppage-time to give Gareth Southgate’s side a scrappy 1-0 victory over Slovenia on Thursday and secure their place in Russia with one match still to play.

Slovenia had chances themselves and could even have won the game had Joe Hart not made a brave double save – the first with his body, the second with his left foot – towards the end of the 90 minutes.

“That one hurt,” Hart said. “I like to get involved and do something when I can so it’s nice to set up a win like that.”

Hart’s form has come under scrutiny during this qualifying campaign but Southgate has opted to keep faith with the West Ham stopper, rather than promote Jack Butland, Fraser Forster or Jordan Pickford.

“I feel good,” Hart said. “But you know what football is like, it can bite you in the bum. I’m going to stay the same guy.

“That’s my role to take criticism. I stick with the guys that matter – the two managers I’ve got and the two bunches of team-mates I’ve got. People can talk all they want to talk.”

Just as it proved a momentous night for Kane, Hart’s 74th cap pulls him clear of Gordon Banks in the list of appearances made by England goalkeepers.

He is now third, still 51 short of Peter Shilton’s all-time best 125, but only one behind David Seaman, with the chance to level against Lithuania on Sunday.

“It’s crazy the amount of caps I’m amassing and the people you’re talking about are fantastic goalkeepers. They’re big heroes of mine,” Hart said.

“But I want to do something with those caps, that’s my ultimate goal. That’s my dream, I’m still a little boy dreaming.

“We’ve got a World Cup to look forward to now and hopefully people have the same dreams as me, we can stick together and make something happen.”