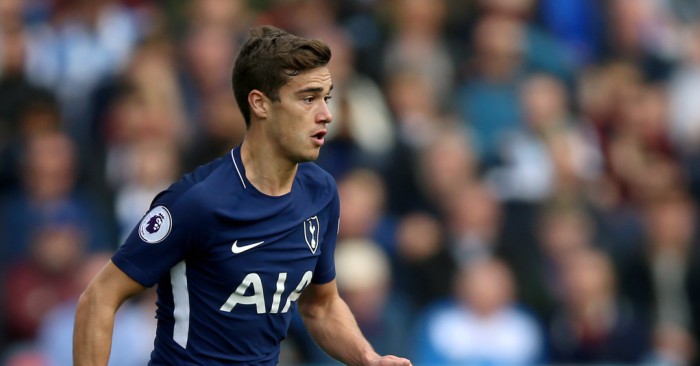 Tottenham’s Harry Winks has been called up by England for the first time after injury forced Phil Jones and Fabian Delph out of Gareth Southgate’s squad.

The Three Lions complete their World Cup qualification campaign with a game at home to Slovenia on Thursday before heading out to the Baltics to take on Lithuania.

Southgate named a 26-man squad for the double-header, but injuries forced the England boss to tweak things on Monday.

Delph – called up by Southgate for the first time – played the entirety of Manchester City’s Premier League win at Chelsea on Saturday, but has withdrawn from the squad after a reported muscle strain was assessed at St George’s Park.

Manchester United defender Jones was involved for the full 90 minutes against Crystal Palace over the weekend, but he too missed training on Monday and has since left the camp.

Tottenham midfielder Winks has come in as a result of the injuries – the 21-year-old’s first senior call-up.

Initially called up to Aidy Boothroyd’s Under-21s squad, he has recovered from ankle ligament damage this term and made seven appearances for Spurs.

Labelled “the perfect midfielder” by Mauricio Pochettino, he had already been tipped for the England squad by Harry Kane.

“Harry’s done great,” Kane said of Winks. “He’s waited patiently for his chance. He’s just got to keep doing what he’s doing, keeping his head down.

“For him, he’s just got to stay focused, not think about it too much, just concentrate on his job, and what’ll happen will happen.

“(Winks is) a great player. On the ball, technically he’s fantastic. He reads the game very well, he can drive past players.

“It isn’t my decision, it’s (Southgate’s) decision. But all he’s got to do is do well for (Spurs) and then do well for the Under-21s in this camp, and that’s all he can do.”