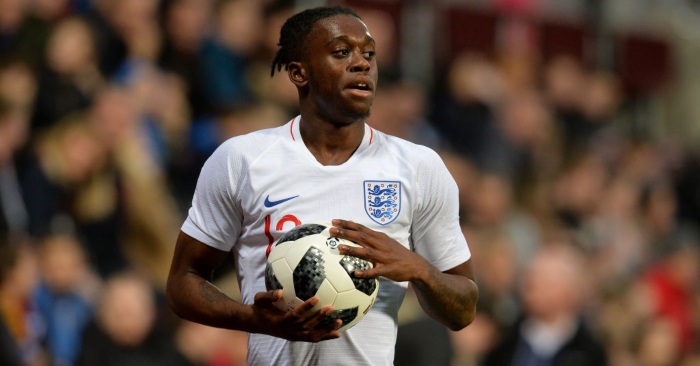 Even for many Premier League footballers, the environment of a major tournament is entirely alien. Spending weeks away from home in an unfamiliar country surrounded by largely unfamiliar people puts a strain on your concept of normality. At club level the key is to make everything as comfortable as possible to allow footballers to perform at the highest level, from ergonomic pillows to the timing of meals and everything in between. Gripe and moan about mollycoddling modern sportspeople all you like, but everyone performs better when they are comfortable.

That is the beauty of an underage tournament. They provide an opportunity for players to gain experience, but also to grow accustomed to the unusual environment of tournament life. And they do so without the pressure of national media scrutiny and suffocating public desire that the senior squad must endure. Life at Euro 2020 or World Cup 2022 will be testing enough without the experience itself being unknown.

But England are entering a new era. They achieved a record-breaking year in 2017, the first country to win three major tournaments in the same calendar year. That sets a precedent and increases expectation. We live in a consumer climate where success must breed more success.

The Football Association have sung from that same hymn sheet. When England were knocked out of the World Cup last summer, Gareth Southgate stressed that – while raucous enjoyment of the journey had been merited – this needed to be the start of something special rather than an achievement in isolation. Southgate stayed true to that message by leading England into the UEFA Nations League finals. Now the underage teams must follow suit. If England DNA is a tangible process towards sustainable improvement rather than PR spiel, we are only as strong as our weakest team.

Success at Under-21 European Championships is not the perfect indicator of future success. Spain won the tournament in 2011 and 2013 and the national team failed to progress beyond the last 16 in 2014, 2016 or 2018. Sweden won this tournament in 2015 and Czech Republic did so in 2002. The Czechs have won four major tournament matches at senior level since 2004 – against USA, Greece, Poland and Switzerland.

But it is a tournament at which England have continuously fallen short of expectation or, at best, flattered to deceive. Since 1990, we have won only eight matches at the Under-21 European Championships and haven’t won a knockout tie in regulation time since a two-legged quarter-final against Scotland in 1988. England failed to win a single game in 2011 or 2013.

That must change, particularly with Aidy Boothroyd being handed a new contract on the eve of the tournament. England were one of six unbeaten sides in qualifying and handled a dangerous Netherlands team well. They head into the tournament as the second highest-rated team by coefficient (below Germany). If a 2-1 friendly defeat to Germany in March punctured the mood slightly, it was their only defeat in 90 minutes in over two years.

England’s squad certainly hands them no excuses. One of the byproducts of Southgate’s promotion of youth is that six players in Boothroyd’s squad (Angus Gunn, James Maddison, Mason Mount, Tammy Abraham, Demarai Gray and Dominic Solanke) have already received senior call-ups. That’s likely to be a higher figure than any of their main rivals.

It’s also worth noting that this is the first time an Under-21 Euros has clashed with a senior summer tournament. There were seven players in Southgate’s Nations League squad (Jadon Sancho, Marcus Rashford, Declan Rice. Trent Alexander-Arnold, Joe Gomez, Ben Chilwell and Dele Alli) who would still qualify for the Under-21s this summer. Some are fully integrated into the senior setup, but Chilwell, Gomez and Rice might have been available for Italy if England had not qualified.

Southgate has made no secret of his disappointment at the lack of opportunities for English players in the Premier League. Last December, he spoke of big clubs “wrestling” with the problem of how to give experience to younger players and thus make them more attractive for first-team selection.

This will not be an easy tournament for England. They were handed a nasty draw in a group containing both France and Croatia with only one team progressing and France up in their first match. Lose that and England will face a battle to reach the semi-finals, albeit with one second place team qualifying. There is a strong argument to increase this tournament from 12 to 16 teams and include a quarter-finals stage.

But then nothing worth having should come easy, and Boothroyd’s players would prove nothing in easy fixtures against minnows. With Southgate’s pathway from the underage squads to the senior set-up established, this is their chance to demonstrate they belong at a higher level. Maddison, Mount, Aaron Wan-Bissaka, Ryan Sessegnon, Dominic Calvert-Lewin and Phil Foden will all have eyes on a bigger prize. For others, it is a shop window for high-profile loan deals from elite parent clubs.

No longer is it enough for England to go out and give it a go. ‘Gaining experience’ can no longer be a euphemism for excusing underperformance in the clutch moments and matches of tournaments, even at Under-21 level. That is not to create undue pressure or engineer a culture of blame. It merely reflects the new-found competition for places at senior level sparked by England’s rise to prominence, and at club level by the vast increase in Premier League transfer budgets. This matters more than it ever has before.

Full England squad for Under-21 Euros: