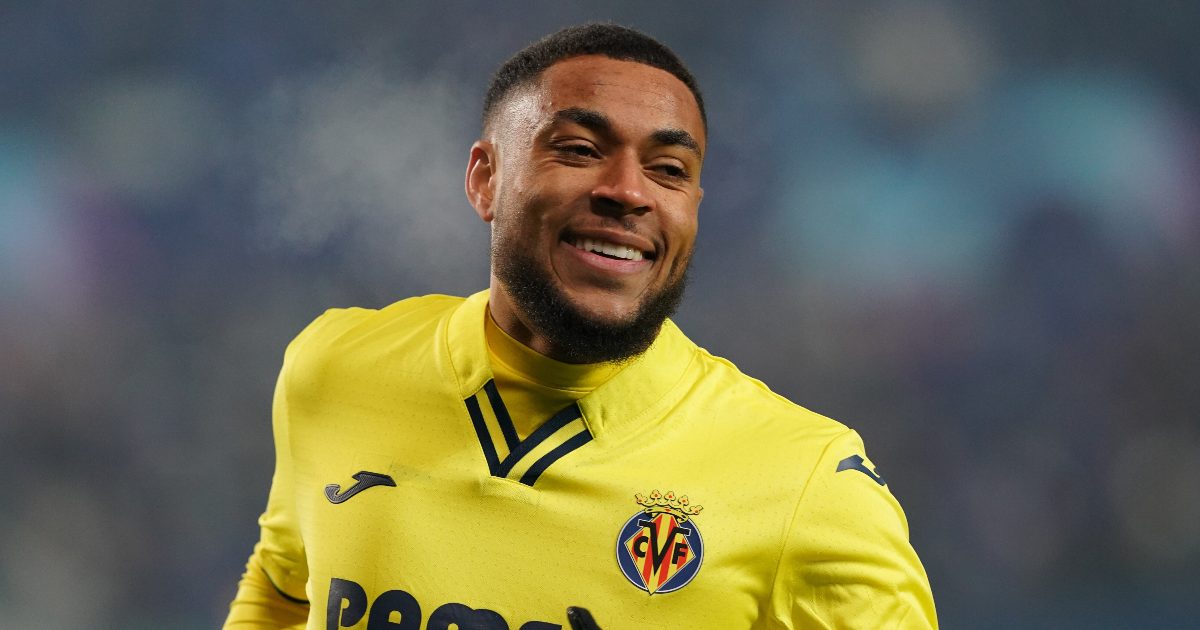 According to reports, Villarreal star Arnaut Danjuma has a €75m release clause amid interest in him from the likes of Man Utd and Liverpool.

Danjuma enjoyed a breakout season with AFC Bournemouth in the Championship in 2020/21. He provided 25 goals from his 37 outings that term.

This form earned him a move to Villarreal last summer as the Spanish side paid around £21m to sign him.

The Dutchman has hit the ground running for Villarreal. They were in the same Champions League group as Man Utd.

Danjuma was involved in five goals in the group stages. Overall he has 15 goal involvements from his 21 appearances this season.

Earlier this week it was reported that Man Utd were ‘best positioned’ to sign Danjuma. Liverpool have also been linked with him in recent months.

Respected journalist Fabrizio Romano has revealed via Twitter that top clubs in England are ‘monitoring’ the winger.

It is also stated that his release clause of €75m will be ‘valid’ this summer:

Elsewhere, Paul Scholes has named Paul Pogba as the only current Manchester United star who would get in Liverpool’s starting XI.

Pogba recently returned from injury and has impressed for Ralf Rangnick’s side who made it seven Premier League games without defeat when they beat rivals Leeds 4-2 on Sunday.

The French midfielder stood out in the first-half as United took a 2-0 lead, but was withdrawn after Leeds drew level for Brazilian midfielder Fred.

The substitute went on to score moments later but Scholes has claimed United’s opponents would much rather face Fred and McTominay than Pogba.

Speaking to Premier League Productions, when asked which United star would get in Liverpool or City’s side, Scholes said: “Pogba in his best form would. He is indicative of what the club are doing. Every player is inconsistent. People running the club are inconsistent in what they are doing.

“I have been a big critic of Paul, but if you are an opposing player going to Old Trafford and you are playing against Fred and McTominay ‘all day long’.

“Now, you don’t know what you are going to get with Paul. But when he is on his game, he is brilliant.

“But when he isn’t, then against your Liverpool and Man City’s, you might struggle in them areas. Where do Man United go next year to replace him?”